For Better or Worse: A Deep Dive into Wedding Conversation

Brandwatch React explores the emotive subject of weddings. Discover some old traditions, some new insights, some borrowed tweets and some blue bars in charts...

Your wedding day is meant to be one the most memorable days of your life, filled with family, cake, and questionable dad dancing.

For Meghan Markle it involved a televised ceremony to millions, a castle, and a prince, but for most people their day is a little less grand.

So, what does the average person want for their dream wedding? 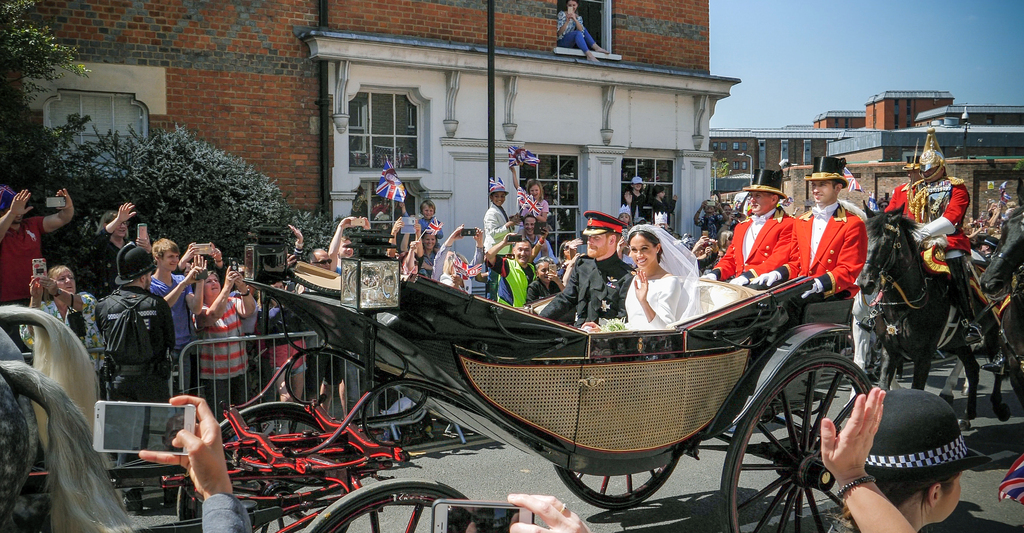 Are you a Bridezilla?

For this research I analyzed over two million mentions from people on Twitter discussing weddings, between 1 September 2018 and 11 March 2019.

With 68% of the of the conversation around weddings coming from women, the first thing I wanted to check was how many of them identified as a “Bridezilla”.

Arguably the scariest of all ‘Zillas, a Bridezilla is a temperamental Bride that makes unreasonable demands.

With the term getting such a bad rap, it was surprising to see that 86% of those mentioning Bridezillas were actually claiming to be one themselves.

I’ve watched enough ‘Don’t Tell the Bride’ to realize that emotions run high when it comes to weddings. But, I wondered, how do people actually feel leading up to their special day?

To find this out we grouped together mentions of particular emotions in close proximity to personal pronouns.

Luckily, 42% of those within our emotional study are excited for their wedding, however nerves naturally play a part with 27% expressing their anxiety.

We found that men are more likely than women to feel pride towards their big day. 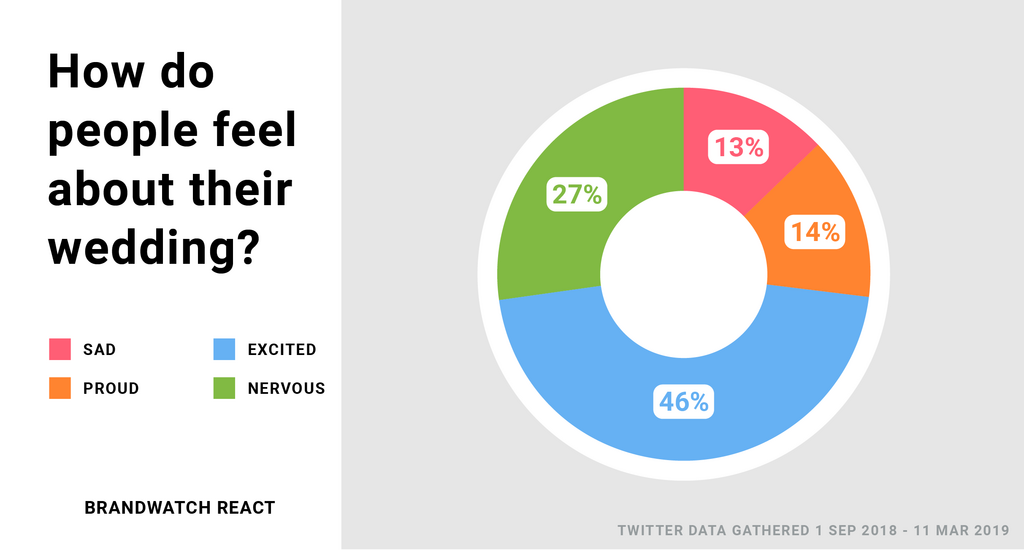 Elements of the perfect day

There are so many different elements that make up a wedding, but what is the most important to those who are planning?

Brandwatch tracked some of the major items associated with the big day.

The wedding dress takes top spot, whereas speeches were at the bottom of the list of the items we searched for. 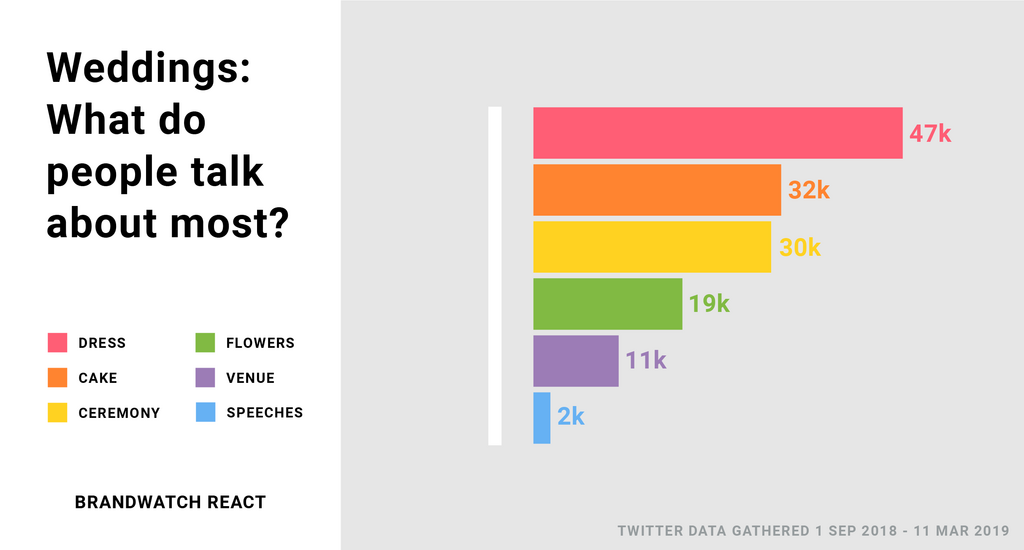 But, let’s not forget about the naughty celebrations that come before the wedding – the Bachelor and Bachelorette parties, AKA Hen and Stag dos.

So, where are people heading for a night of drinking and more scandalous activities?

The top location for Bachelorette and Bachelor parties was unsurprisingly Vegas, where a quickie wedding might also be on the cards.

Love is in the air

A positive that came from this analysis was the amount of love that we found within the conversation.

The most mentioned topic was ‘love’ with over 159,000 mentions. It’s good to know that ultimately people view their wedding day and planning as an experience filled with ❤️

If you’d like to do your own analysis using social media data, you can schedule a demo here.