What Was Social Media Most Thankful For This Thanksgiving?

The Brandwatch React team takes a look at the Thanksgiving conversation data. What is social media most thankful for and are women more thankful than men?

The holidays are upon us and the world definitely needs them.

Thanksgiving will surely be welcome for many – a time for celebration after what has been an objectively garbage year.

Plus, gratitude has become a hot topic on the psychology scene. If you’re feeling down about 2016, an “attitude of gratitude” could be one to adopt.

The Brandwatch React team decided to take a look at the social data surrounding Thanksgiving to see how people are celebrating.

So sit down, ignore your family, and enjoy some data with your Thanksgiving dinner.

Thankful for the data

What are people thankful for this year? We found out with a dive into Twitter.

Taking a look at frequently recurring words in our Twitter dataset of people saying “I’m thankful for” or #imthankfulfor (etc), we found family, friends and God got the most mentions. 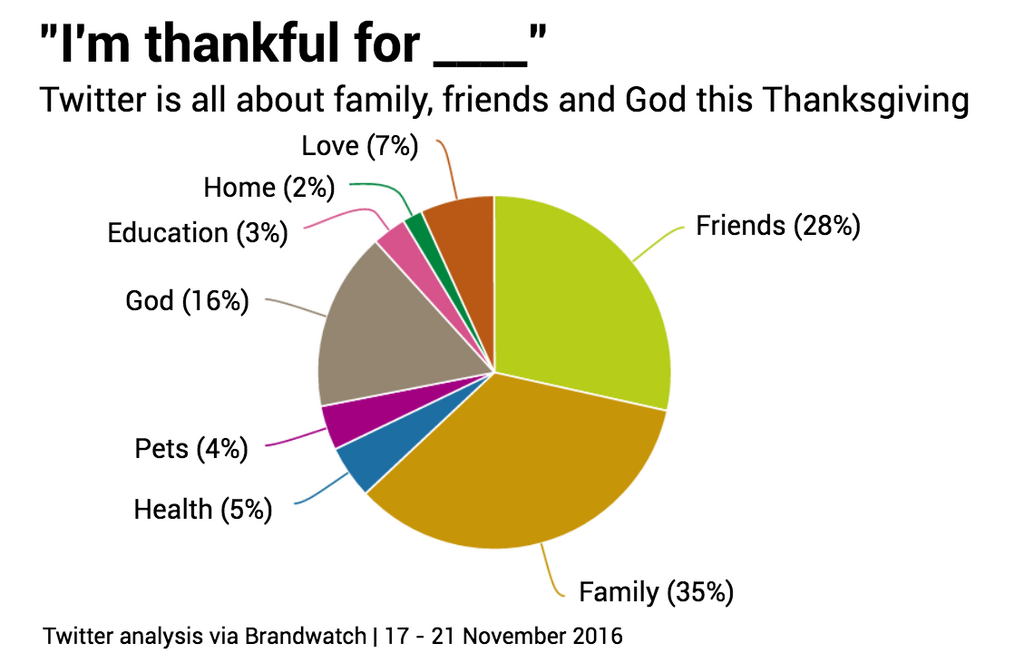 Love, health, pets, education and home were also among the popular words.

Getting slightly less were alcoholic beverages, pizza, cheese and Donald Trump. Priorities, it seems, are on point.

We also took a look at the demographic breakdown of people talking about the things they are thankful for. Women were around twice as likely to be thankful for something than men, or at least declare that they were. 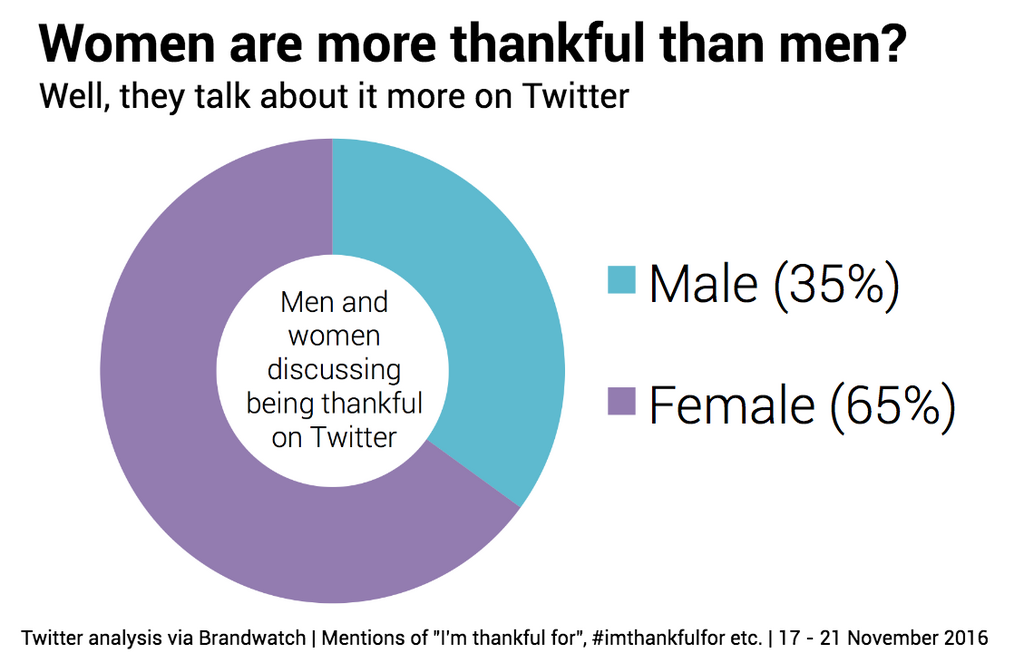 Generally, however, the proportions of things they claimed to be thankful for were very similar with family, friends, and God popular in both lists.

John Lewis: Can Serving Up a Slice of Festive Joy Save 2016?

We also took a look at how social media is planning to cook their turkeys. Analyzing mentions for different cooking methods across Twitter, Facebook and thousands of other websites (including recipe sites), we found out that while roasting is most popular, frying the turkey is a big competitor.

Brined and braised turkey were far less popular and while we’re not sure “baking” a turkey is much different to “roasting” a turkey, over 100 mentions referred to baked turkeys so we’ve added those to the chart as well. 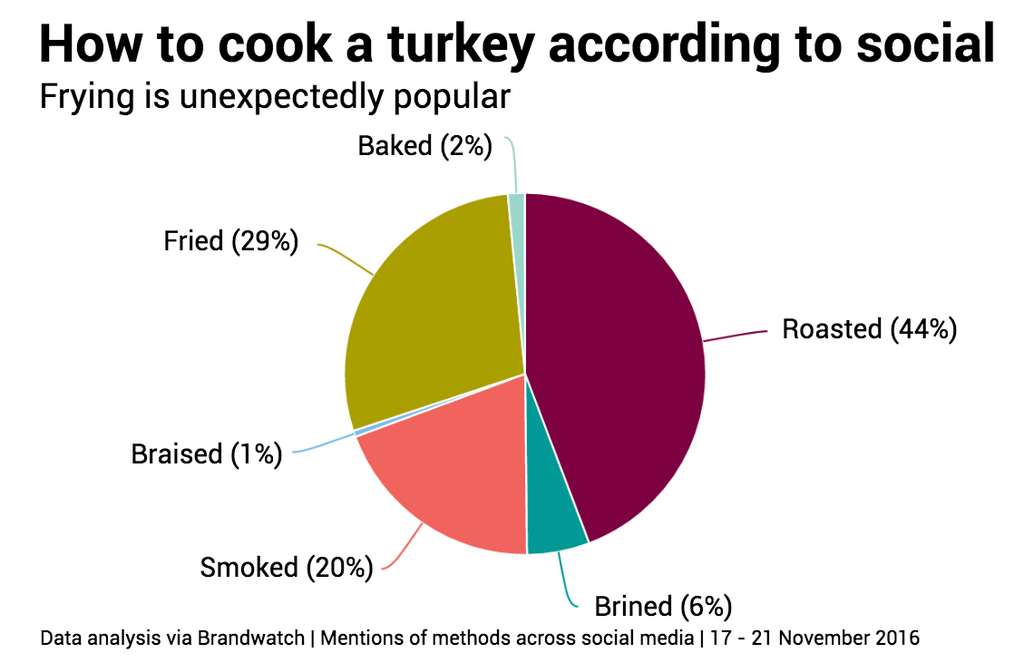 So that’s your Thanksgiving data fix to go with your dinner. If you’re looking for more Thanksgiving fun, take a look at the #IamThankfulFor hashtag on Twitter for some fuzzy feelings and good laughs.

Have a great time.