React: Why Thousands of Tweeters Love and Hate iOS 9

We've analyzed over 10,000 tweets and found the best (and worst) things about Apple's new mobile OS. The takeaway? Bad news for Apple. 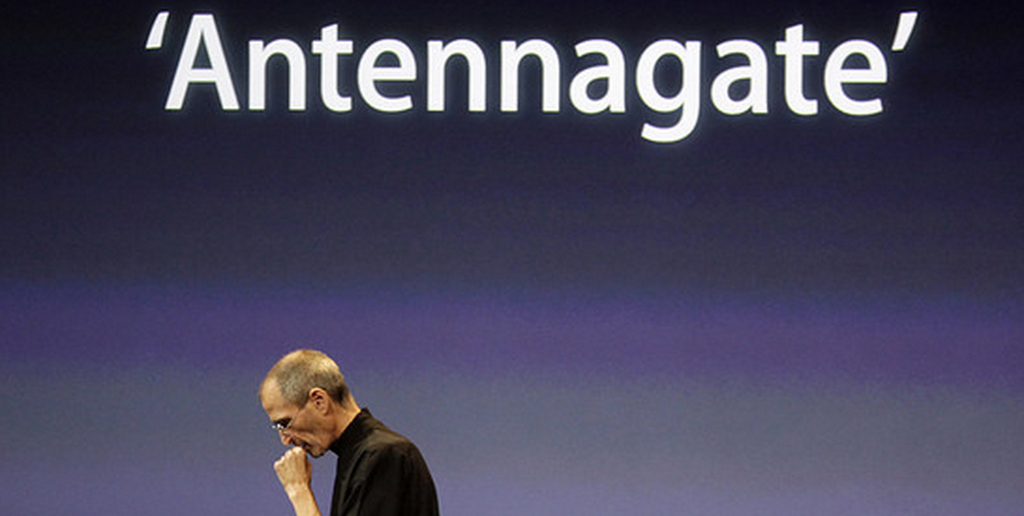 iOS, which runs on over 1 billions iPads and iPhones across the world, hasn’t seen a major overhaul since iOS 7 in 2013. Since then, the updates have been incremental.

Launched on September 18, iOS 9 brought a suite of improvements and additions including overhauled multitasking, a proactive version of Siri, and a standalone Apple-curated News app.

In August, we analyzed instant customer responses to Windows 10. The research found that the people who love Windows 10 vastly outnumber people who hate it, with Cortana being one of the main reasons.

We’ve done the research with iOS 9, analyzing over 10,000 unique authors.

The takeaway? Apple should be looking for Microsoft for software tips: the haters are winning.

Thousands of people post their opinions of iOS online every day.

It’s totally unprompted: people cursing or rejoicing into the ether of Twitter, not answering questions in a customer panel.

On launch day, this ratio was slightly better: 66% love to 34% hate. So, positive outnumbers negative 2:1.

However, this is significantly worse that Windows 10 fared when it launched, which saw positive tweets outnumber the negative ones of a scale of 10:1, as seen below. 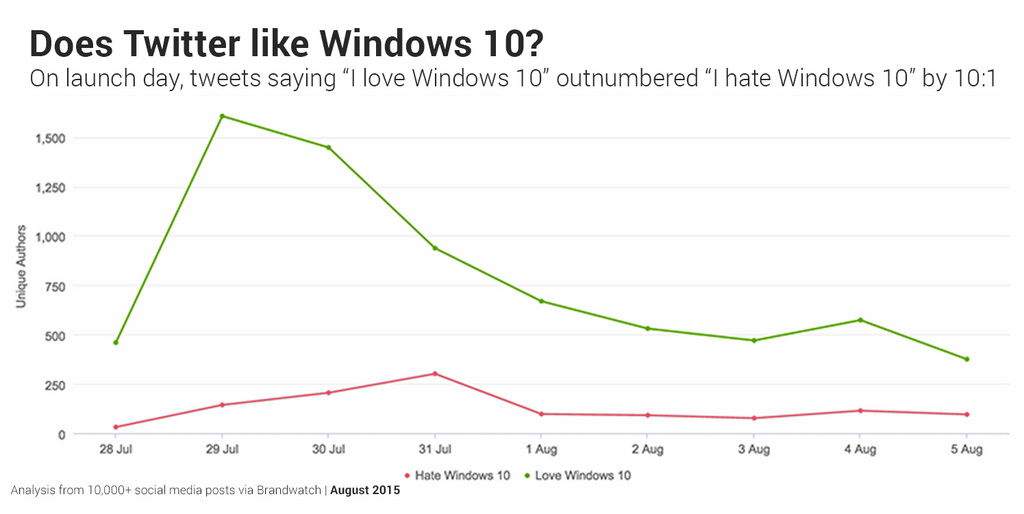 If you look at Apple’s official iOS 9 page, emphasis is placed on big, catchphrase-able additions.

Wallet, Multitasking, Notes and Maps all make the top of the page, but they’re not actually the most exciting features for consumers.

Perhaps the smallest change of iOS 9 – the new keyboard which uses lowercase letter instead of uppercase ones – has seen the most mentions, but it’s also where people are most divided.

As you can see the new Keyboard topped the list of both the most ‘I love’ and ‘I hate’ mentions.

While these charts give a view of the raw analysis, we’ve done a little additional analysis.

Subtracting the total number of of “I hate tweets” from the “I love tweets” give us something we’ll coin the Social Promoter Score – a riff of the net promoter score, but calculated entirely by social mentions.

The new notification centre – which orders notifications by date, not by app – received the lowest score: negative 48.

All other features are positive. The improved battery life, dedicated selfie folder, and proactive Siri are the top 3 most loved features.

This feedback was collected in the 10 days following the launch of iOS. It’s an instant response which would usually take months of surveys and consumer panels.

If Apple wants to beat Microsoft’s stellar 10:1 love/hate ratio, they need to fix the notification centre and offer more choices for the keyboard.

If you’re a journalist interested an any data surrounding iOS 9, please get in touch at [email protected]