Why Reputation & Crisis Monitoring Is So Vital In This Social Age

In the spring of 2014 a mutiny was taking place in Hollywood, and more visibly, on social media.

The previous October had seen the owner of the Beverly Hills Hotel, the Sultan of Brunei, announce that he was adopting the Shariah Law in his home country.

As Vanity Fair – a Hollywood staple, tucked under the arm of those who lunch at The Ivy and those papped lunching with the beautiful and the powerful – reported;

Sharia calls for, among other punishments, public flogging of women who have abortions and amputation of limbs and death by stoning of homosexuals, adulterers, and thieves. The United Nations Human Rights Council urged the sultan and his ministers to reconsider, but thus far he has refused to back down.

News spread, outrage ensued and before long, LGBT and Human Rights campaigners, disgusted at the adoption of the draconian law, had begun a campaign to boycott the hotel. In Brunei, simply being gay could be punishable by death. 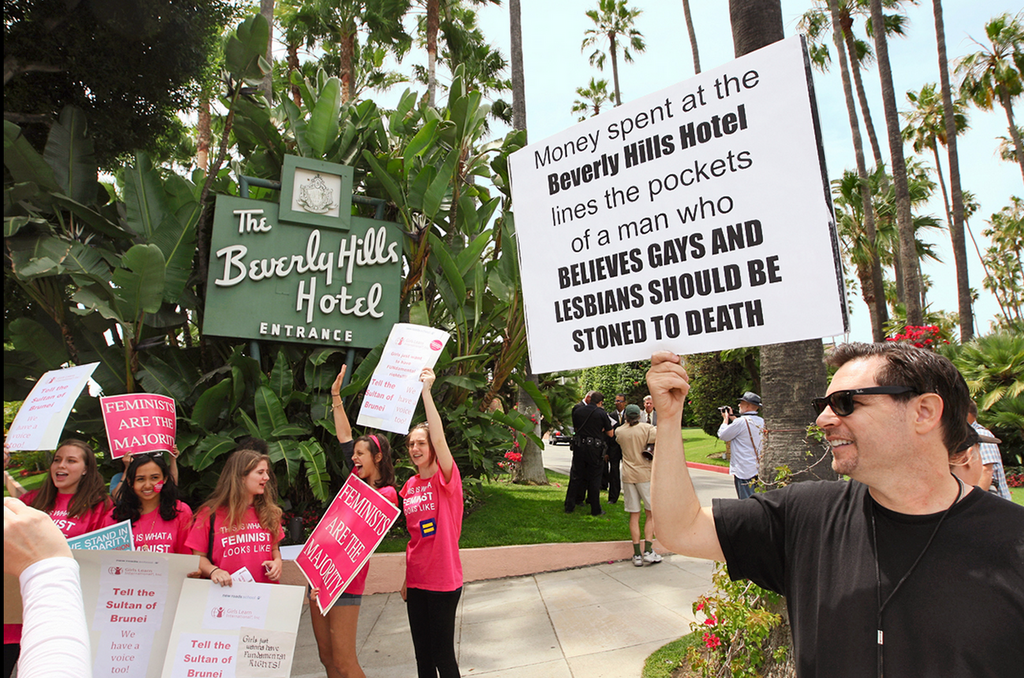 At first the issue, from the hotel’s perspective, was relatively contained. A localized boycott, by groups who may not have spent money with them anyway.

Global entertainment and business celebrities picked up on the boycott and began using their social media accounts to highlight the issue and add their support to the boycott. Tweets, Instagrams and lengthy Facebook posts on the matter from influential names like Ellen DeGeneres and Elton John were picked up and reposted hundreds of thousands of times.

These influencers brought the issue to the attention of international media organisations and millions of people worldwide.

This rapid weighting of influence and exposure turned a contained event into a public relations crisis for the Beverly Hills Hotel and owners The Dorchester Group.

The hotel responded by establishing a ‘rebuttal’ website – The Beverly Hills Hotel Facts – but the damage was already done.

Issues that are believed to be contained can escalate quickly. With the right combination of influencers commenting, a seemingly localised issue can spread globally.

Not every organisation will deal with crises on this scale or worse – the loss of life or injury. Think Air Asia, or the recent Virgin Galactic crash.

Every organisation, big or small, will encounter reputational issues with differing degrees of seriousness and impact.

The principles and processes of effective communications in a social media age are the same no matter what size business you operate.

When colleagues, customers, associates and news media are scanning social media feeds to find the latest information about an event, organisations affected need to be doing the same – ideally to be ahead of the curve by listening and responding on the
same channels that everyone else is using.

In issues and crisis communications, information is power.

The key to communicating a crisis and responding effectively

In every crisis situation, there’s a four-stage process:

In our latest Social Listening: In Practice guide, Reputation and Crisis Monitoring, we go through all of these stages in detail and show you how, using a social listening tool, you can detect a crisis and intelligently assess the damage, escalate and respond.

We show you how big names like United Airlines, Marriott Hotels and Walmart responded when their reputation was on the line.

Did they identify the issues at hand quickly and respond intelligently?

What can we learn from those who have dealt with massive, business-smashing catastrophes? How can you tell when a crisis has passed, and it’s back to business as usual?

Many of the worst issues simply can’t be predicted and appear out of the blue. In these situations, quickly spotting the cues and keywords associated with sensitive events that are shared on social media is critical.

Download our guide and you’ll get an in-depth overview of best practice for crisis and issues communications in a social media age. Prevention is always better than the cure. But when things get tricky, social listening can be absolutely vital in turning things around. Here’s how.