Research: We Reveal the Top Social Picks for the NFL Draft 2015

We’ve been closely watching the data fluctuations and extracting insights about how people felt about the draft and exactly how they were expressing it on Twitter, so we thought we’d share the data with you.

In the week around the draft (specifically April 28 through May 4), we analyzed over 2 million mentions of the NFL draft on Twitter.

There were 5 times as many positive mentions as negative mentions, showing that although the majority of mentions were satisfied with the way things went, there is no way to make the world universally happy whenever it comes to any kind of competitive sport – let alone online social channels where people head to air their grievances.

Where were the Tweets coming from?

We looked at our new Geotagged Maps, a feature that uses location-based Twitter data to reveal an incredibly accurate answer to the question of where these posts orginated.

While the conversation was heavily focused in mainland US, there are patches of conversation around the world about the draft as far-flung as Australia, Hawaii and Brazil.

Zooming in to the United States, you can see the massive social media attention to the NFL Draft as well as the sentiment breakdown by region, thanks to the location-based Geotagging feature.

The NFL Draft 2015 conversation was dominated by males – perhaps unsurprising in the traditional (sexist) way of people may think about sports.

However, it is surprising as American football has been gaining major traction with female audiences in the past few years in the form of fans and audience members, as well as sponsorships from heavily female-focused brands such as CoverGirl.

And who are the most popular teams?

When it comes to the teams being talked about most, there definitely were a few that bagged more mentions than the rest.

The Chicago Bears, Browns, Patriots, Raiders, and Bengals appeared more often than others in the most mentioned topics and phrases in the social media conversation about this year’s draft. 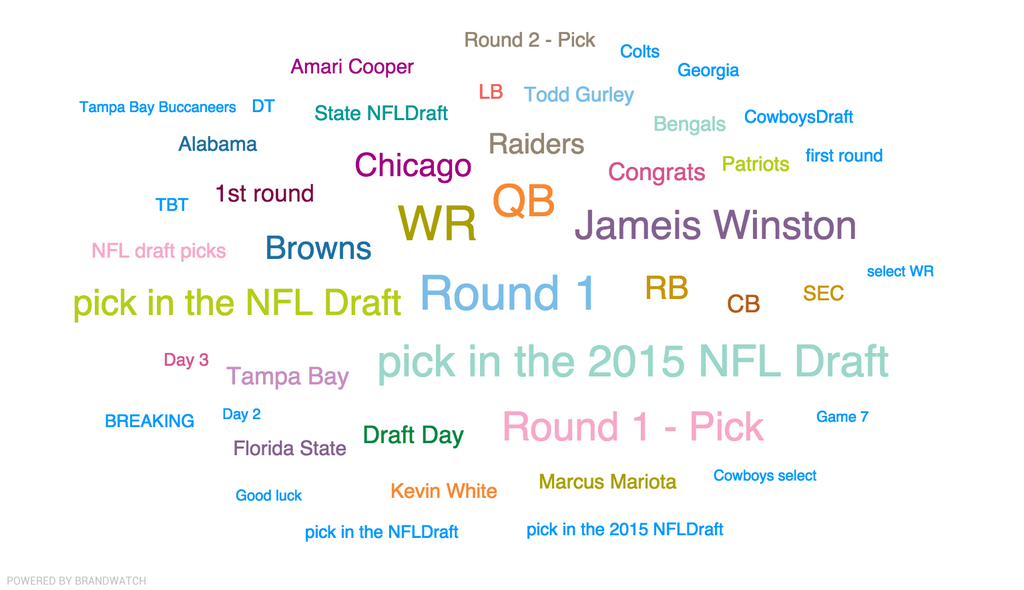 But the data showing the most used hashtags painted a slightly different picture. 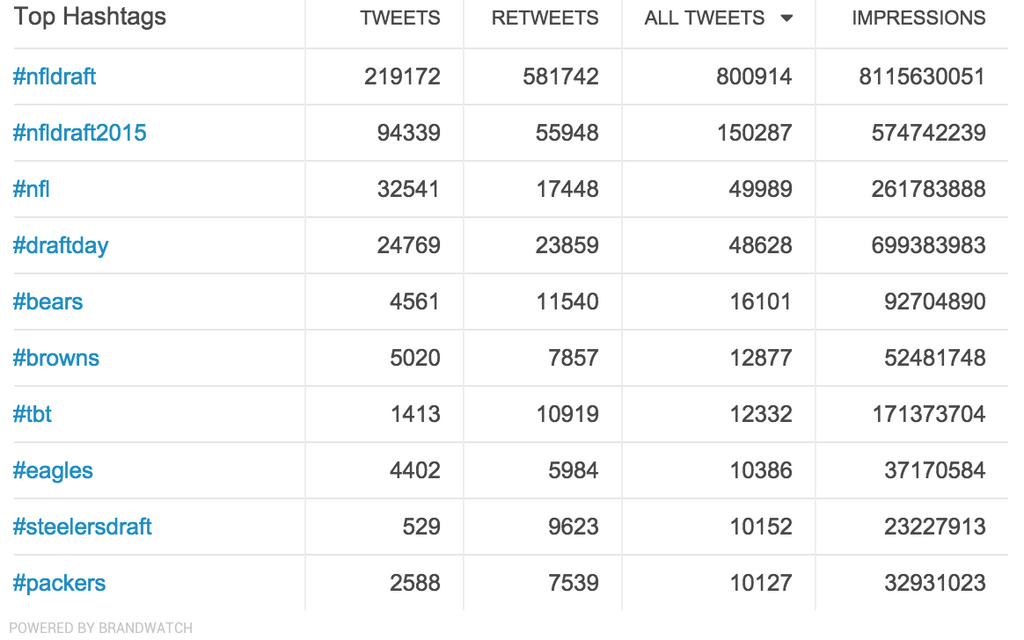 In the top ten hashtags in the NFL Draft 2015 conversation, the Packers, Steelers and Eagles were most mentioned along with the Bears and Browns.

Another incredibly entertaining facet of the NFL Draft coverage is the celebrity and football-world responses to the picks:

How did you follow the NFL Draft? Did you Tweet your opinions, or listen in on social media in real-time to find out which rookies were going to which NFL teams? Get at us in the comments, or Tweet us at @Brandwatch!