Study: How Did Eurovision Influence UK Attitudes Toward the EU?

We researched whether the Eurovision Song Contest made the UK want to leave the EU.

In the recent UK election, the membership of the European Union became one of the key campaigning issues for the competing political parties – with the winning Conservative Party now bound by their manifesto promise of a referendum vote on membership.

With the annual Eurovision song contest following so hot on the heels of the election, I was interested in understanding the impact the event had on the UK’s nationwide perception of Europe, and so turned to Brandwatch Analytics to measure this using UK Twitter data. 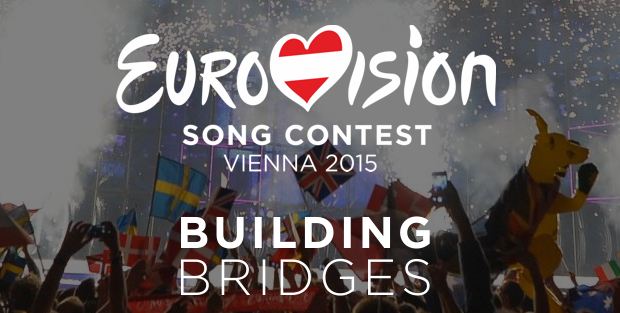 In order to do this I created two separate Queries – one tracking conversation from audiences who were for the UK leaving the European Union, and another for those against it.

As you’d expect, Eurovision is a lightning rod for this issue, as shown in the graphs below.

It is immediately clear that the event doesn’t exactly bring out the feeling of love and unity promoted by Eurovision’s 2015 slogan of ‘Building Bridges’.

When you look at the initial charts for the volumes, it is pretty clear that the conversation during Eurovision tends to lean quite drastically towards leaving the EU.

A fair bit of this conversation also seems to relate to the low scores the UK gets from fellow European countries – although, lets face it, as a nation with a strong heritage in song writing and music production globally we hardly punch our weight in this competition. Plus I’m sure many tweets have their tongue placed firmly in their cheek. 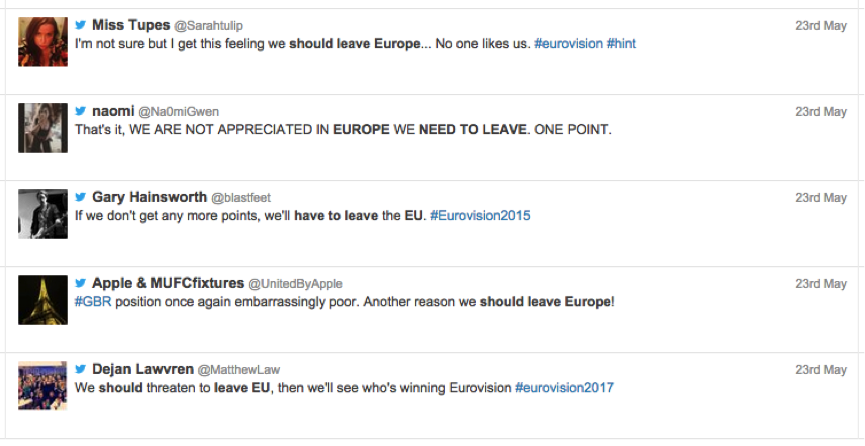 However, those who are for remaining in the EU can find some small solace in the knowledge that the number of people talking about staying is actually increasing year on year.

A final but essential point is that despite the visible negativity towards Europe, the UK is by far the largest source of conversation about Eurovision – significantly more so than even Sweden who actually won it this year.

I’d expect that even in the event of an exit from the European Union it is very likely we would be allowed to compete (after all, Australia competed this year).

It is quite possible we’d lose our seat as one of the ‘Big Five’ though, as our future contribution to financing the event might get seriously curtailed.

So, whilst we’re clearly passionate about Eurovision as a nation, as far as Twitter is concerned this doesn’t really translate into feeling the same way about being part of Europe, on Eurovision night at least.