Taking a Look at The Most Impressive Command Centers

Social Command Centers have spent the last few years weaving their way into almost every sector.

While they are not necessarily an office staple, it is clear that the traditional early adopters already have theirs in place and are using them for pretty impressive stuff.

We take a look at 7 of the most impressive set-ups in the public domain.

Talk about being ahead of the curve, these first-movers established their Mission Control center in April 2010. 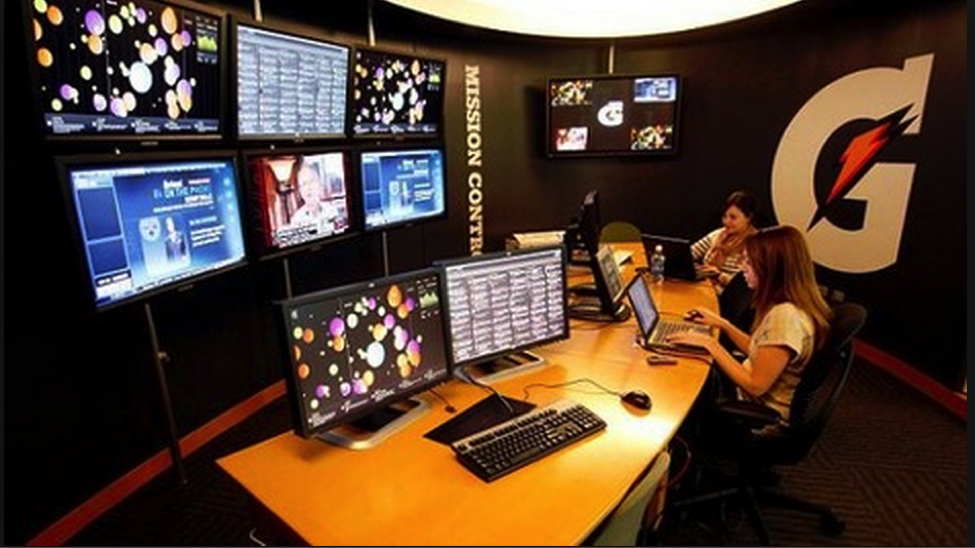 One of the first brands with a social command center, Gatorade has used social listening for campaign measurement, notably surrounding their “Gatorade has evolved” campaign.

The ads featured a song by rapper David Banner, which generated a lot of online chatter, and resulted in Gatorade creating and distributing a full-length version of the song for fans on social media. These guys know how to keep the conversation going.

Monster has always been a purveyor of transformative change.

They disrupted the entire landscape of job hunting by creating the largest online space for job searching. One of the more recent social command centers, Monster.com uses their Vizia primarily for customer engagement by humanizing the brand through creating a direct dialogue.

As a global company, they see the command center as integral to their international success. The insights they’ve derived from it are key when strategizing for their offices in 40 countries worldwide.

During an emergency, the most valuable currency is information. Having real-time information? That’s a dream come true.

The American Red Cross treats their social command center as a direct line to affected individuals.

They use insights to make better and more efficient decisions regarding their employees. During tornadoes they’ve been able to manipulate data to create heat maps to determine where ground workers should be positioned and where resources are needed. More people are reached, and more time is saved.

In fact, the keyboard you’re using right now may well be designed as a result of online conversation!

A rise in online complaints about the positioning of an apostrophe key resulted in an overhaul of Dell’s keyboard design. The power of the public complaint is amplified in the online social sphere.

Clemson’s command center is not run as a means to understand customers or increase profits, but rather as a tool for learning.

Students are in charge of maintaining the six displays and conducting research projects based on the data. The center is used as a way to educate students hands-on in the new directions of the marketing, media and service industries.

This social command center is literally award-winning. Edelman won most effective big social agency on Sociagility’s Global PR Networking Social Scorecard. Their Chicago office houses the Social Media Intelligence Command Center which they use to create content and campaigns based on social insights.

They also use it as a training center where they preach the importance of social listening to clients and bequeath the knowledge required for clients to build and staff their own.

Looking for the next big thing to give your business the competitive edge to stay ahead?

No matter what sector you’re in, Vizia, the Brandwatch social command center, provides you with social media intelligence you need to make better and bolder business decisions.