The Future of Social: What Does it Take to Lead in a Digitally Connected World?

If you’re reading this, you’re probably on board. You probably read blogs (note: THIS IS A BLOG), you probably understand the value of social networks, you probably work in a role that has already been substantially transformed by the rise of digital tools and behaviours.

But what happens for formal, appointed leaders of organisations?

Does that kind of leadership trundle on, adding a little bit of ghost-written Twitter and jargon about ‘crowdsourcing this’ and ‘peer-to-peer that’?

Do they simply let their staff engage with the digital communities, operating slick social customer care operations or helping to energise movements, Politics 2.0-style, rousing the grassroots into a potent online army or a happy well-serviced customer base, whilst the leaders carry on as before – caught in their habits learnt from successful decades running organisations in the old world?

Perhaps nothing has really changed about the job of leadership?

Or do the challenges and opportunities created from this increasingly networked world mean that leadership has to change too? 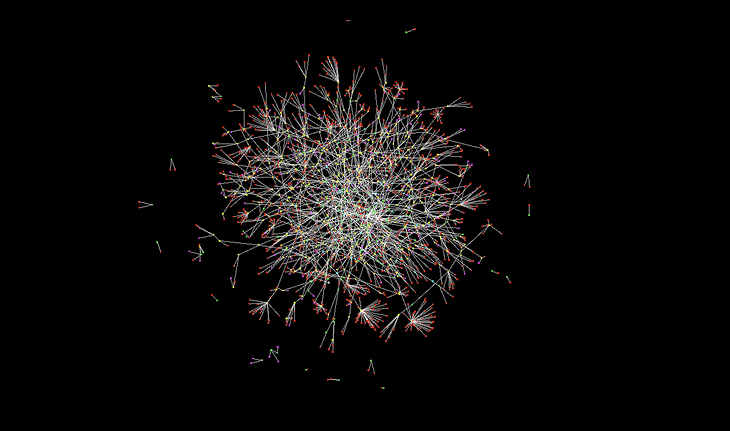 Leadership has to change

My belief is that leadership is beginning to undergo profound change. Let me share why.

Firstly, levels of trust in CEOs have fallen to all-time lows.

Increasingly, when we want to know what to really think about something, we increasingly seek out the ratings and reviews in TripAdvisor and Yelp, the advice from fellow parents on Facebook or the smartphone videos documented by the people on the ground when the plane skidded to a halt, the bomb went off or the customer care agent was incredibly rude and unprofessional. Who we trust and how has changed.

Secondly, the pace of the media environment has accelerated – by the time the traditional organizational structure has escalated up and filtered out the message to the CEO, the whole world already know that the pizza was tampered with or the commuter train hits some cows on the line.

How quickly we know what is happening in the world has changed.

Thirdly, we are discovering as a human race that we can make smarter decisions together than we can apart. And so smart businesses like P&G, Dell and Starbucks are finding low-cost, high-impact ways to source intelligence from a workforce that extends way beyond the four walls of their ‘organisation’ (whatever that means in this new world).

How we can unlock the best answers and solutions has changed.

Important sidenote: internally, workforces are affected by these forces just as much as the consumers and citizens are on the outside. So I propose that a consequence of the future of social media is that leadership is changing.

At Sony Computer Entertainment, Shuhei Yoshida, President of Worldwide Studios, who is overseeing the launch of the new PS4 console, is engaging directly with feedback from angry consumers about the removal of a much-loved product feature, before the product has even gotten to market. (He is hinting that their feedback will affect their product roadmap – much like Microsoft with the Xbox One).

At GoldCorp, the CEO rescued the company by willingly employing the global intelligence that was outside the Canada-headquartered organization – by sharing their toughest business problem, and using unknown people not on the payroll to come up with suggestions about where and how to find the gold that his own people had been unable to find.

At O2, CEO Ronan Dunne talks persuasively about how he and his business use Twitter as an ‘authentic, real’ way of connecting with customers – he taps into the pace of the social media world, and the authenticity of the feedback he can get there.

So how does leadership need to change?

This is a new kind of connected leadership. To thrive in a socially, digitally-powered world, leadership requires new behaviours, and the accepting new risks.

It means learning new tricks, new tools, new dynamics (but leaders should generally be smart enough to do this, right?).

And this new style of connected, social leadership has to encourage and cajole their whole organization through a process of behavior change.

This is where our work happens. We want to help connect up these groups of people, because we see how powerful (and therefore valuable) this is for organisations – to know what is being said, where, by whom, and why it matters to them. For those insights to be fast and to integrate with other tools that allow professional, secure, well-time responses to go back.

We developed Vizia, our social command centre product, because pioneering leaders in our customers’ organisations are saying

‘C’mon, we want this data and these insights on the walls, because that’s going to help change behavior’.

What’s exciting is that as this world spins into an ever-more digital phase, social is rising – from the largely junior ranks of enlightened people, to the lofty heights of traditional leadership. They visualize tweets at Davos now, y’know!

What do you think?