The Most Amazing TV You'll See This Year

The world’s biggest and most glamorous electronics trade show concluded a week ago, and we’ve been busy listening to the buzz surrounding some of the most interesting products to come out of the event. BlogCatalog

One of the most desirable items for the Brandwatch lobby is one of the amazing new TVs unveiled at CES. 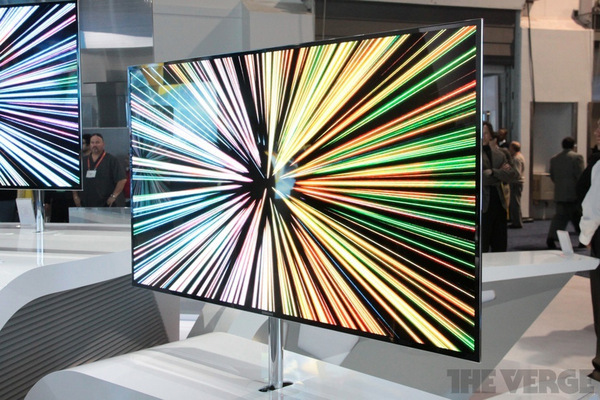 CNET, the tech media website and internet stalwart, was responsible for awarding one of the TVs with the ‘Best of CES’ accolade. We took a look at the four nominees for the prize and listened to what people were saying about them online.

In terms of share of conversation, there was only one clear winner. The LG 55 OLED absolutely dominated the discussion about the CES TVs, and the buzz mirrored the decision made by CNET to declare this the best TV of the show.

It was the year of the OLED, as the Samsung OLED TV also enjoyed a fair amount of conversation across social media sites, though the other two non-OLED TVs barely garnered any mentions at all.

The beautiful LG OLED had all sorts of things talked about it, with people everywhere rushing to their favourite sites to talk about the new TV.

The amazing 55-incher is the biggest OLED screen ever made, with such screens normally being used for smart phones and the like. Perhaps more amazingly, not only is this screen unprecedented in its size, but it is also much thinner than any smartphone you care to mention, at just 4mm thick.

Unsurprisingly, it’s these two awesome feats of dimension that most of the conversation was centred around, with over 70% of online buzz focussing on the size and thickness of the screen. 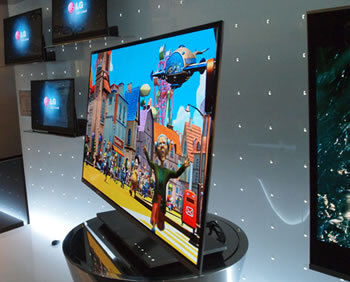 As well as being amazingly thin and large, the TV has some other wonderful features, such as the resource-light passive 3D technology it comes with. Ultimately, there were few mentions that were negative in nature.

Much of the discussion about the LG TV was about the possible release date and retail price, and well as the obvious comparisons to the show’s other major OLED TV, the Samsung Super OLED.