We all know Twitter is great. We at Brandwatch HQ love it, as no doubt do the rest of the 140 million active users across the world.

Twitter has infiltrated our everyday lives, and is now present across all media types – TV shows have their own hashtags, newspapers use it to broadcast stories and it has become the fastest way to learn about breaking news, with an army of citizen journalists spreading information, images and video at alarming speed.

But what is the etiquette when it comes to using Twitter at certain times?

Whilst many people would consider texting on your phone whilst you should be concentrating on something – or someone – else rude, tweeting seems to have different rules.

The recent furore over  will.i.am tweeting while live on air during The Voice UK proves that tweeting whilst in company – or while broadcasting to millions of people at least –  is still a practice that divides opinion.

Some felt Will was showing a lack of manners towards the contestants, whilst others thought it was ‘the future’ to see our TV stars tweeting along while we are watching them. 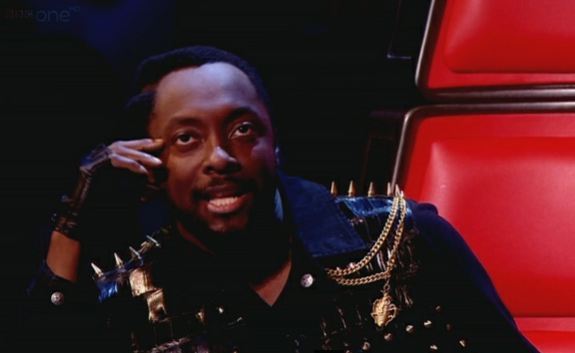 During a presentation at an event we attended recently, a large proportion of the people present – including those on the stage – could be seen fiddling with their phones.

A look at the event’s hashtag on Twitter showed that those people were tweeting their thoughts, repeating quotes from the presenters, following other attendees and generally broadcasting ‘what was going on’ to the rest of the world.

Now, this could be considered a positive, especially for event organisers. Events are now more interactive than ever before, and spill over onto the internet rather than just staying within the room.

Attendees can communicate, connect and network with each other without disrupting the presentations, all the while giving the event some publicity, sharing information and keeping their followers in the loop.

As will.i.am said “I’ll not stop tweeting during live shows. It allows people to live the moment with me”. Besides, most event organisers encourage tweeting by creating and promoting the use of their own hashtag and themselves tweeting updates throughout the event. 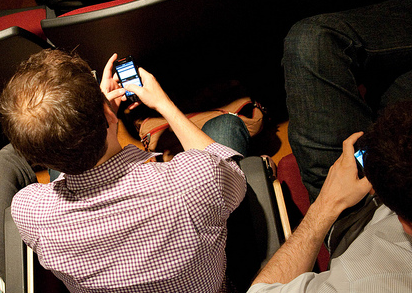 On the other hand, although attendees are tweeting about the event, surely this makes them, in a way, less involved. Plus, for some it just doesn’t quite sit well with traditional manners. No one would contest the fact that Twitter is a distraction at the best of times, so it raises the question of whether those people are actually giving the event itself their full attention.

Being in a room full of people who are all busy communicating with others outside of that room can make it seem like, whilst everyone is there in person, they might not be fully there in mind.

Not to mention that presenters faced with a sea of bowed heads and smartphone screens might get the impression that their audience is bored and/or disinterested in their topic.

In modern life, we are constantly contactable and there is a pressure to maintain an online presence, which some believe has led to higher levels of stress.

Perhaps sometimes we’re too busy trying to share our thoughts and read what others are saying – whether it be about an event, a TV show or something else – to actually fully enjoy and experience it ourselves.

So here’s an idea: maybe just sneak out one cheeky tweet, then put the phone away and enjoy the event!

What do you think about tweeting during events? Acceptable or rude? Too much of a distraction, or the inevitable future?