How a VisitEngland Campaign Made the ‘Staycation’ Big News

Tourism in England generates £97 billion a year. VisitEngland, the official national tourism body, sought to increase the number of Brits holidaying at home.

Tourism in England generates a massive £97 billion a year. VisitEngland, the official national tourism body for England, sought to increase the number of Brits holidaying at home, helping to create 250,000 jobs.

They turned to myclever™ Agency, a social-first digital agency, for help. With Visit England, we at myclever™ Agency conceived and managed an award-winning “Hall Of Fame” campaign across the brand’s social channels, with a user-generated digital gallery of “great and good” tourism spots and activities.

With this campaign relying on user-generated content to populate the microsite, we were provided with a true reflection of the interests of the public, giving us more opportunity to interact with them.

Brandwatch offered us the capacity to analyse these engagements.

VisitEngland’s primary social media channels are Twitter and Facebook. They wanted us to help them increase their audience on both platforms.

Our ongoing relationship with Brandwatch allowed us to effectively measure the campaign in real time, by monitoring mentions and sentiment of mentions across social media platforms, blogs, news sites and other sources. 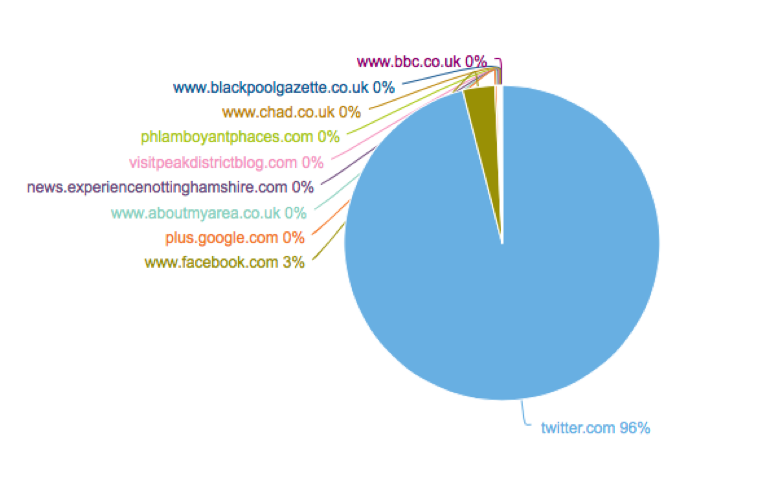 Knowing who was talking about the campaign positively was important for our targeting; we were able to understand who was enjoying the campaign, who was sharing it, and who was engaging with it.

Just as important – if not more so – was knowing where the negative mentions were happening. Any social media campaign has to be alert to negativity towards to campaign itself and the brand overall.

Through our work with Brandwatch, we could find and engage truly negative sentiment, with the aim of taking the conversation to private channel, or of converting the sentiment publicly.

By querying the authors of mentions across social platforms like Facebook and Twitter, we were able to identify key influencers and in turn reach out to them. The dashboard on Brandwatch allows the user to reply directly to tweets, making the process quick and convenient.

By bringing VisitEngland into the conversation, we could engage with those who were spreading the campaign.

As a two-phase campaign, we invited users to upload their own pictures and accompanying stories to the Hall Of Fame, which were then narrowed down to a short-list of entries to be voted on by the public.

In both stages, it was essential to myclever™ and VisitEngland that we could monitor the sentiment of mentions online in order to curate content being posted, respond to questions, and maintain a consistent and popular tone of voice throughout the campaign.

The campaign achieved a reach of over 6 million on Facebook, receiving 1,000 fan entries and 600,000 participants!

ROI for this campaign reached 15:1, with a cost-per-thousand well below the industry standard. The “Opportunity To See” reached 200 million.

VisitEngland’s “Hall Of Fame” was out there, in front of their target audience, to the desired effect.

With the help of Brandwatch, we were able to deliver above and beyond the expectations of VisitEngland and ensure they took another step towards their mission; to get people talking about England as a tourist destination.

Take a look at the Hall Of Fame microsite for yourself here.