Vizia at the Women in Tech Conference Asia 2017 in Singapore

Read about how Vizia 2 brought online conversation surrounding the speakers and moments at Women in Tech Conference Asia 2017 to life. 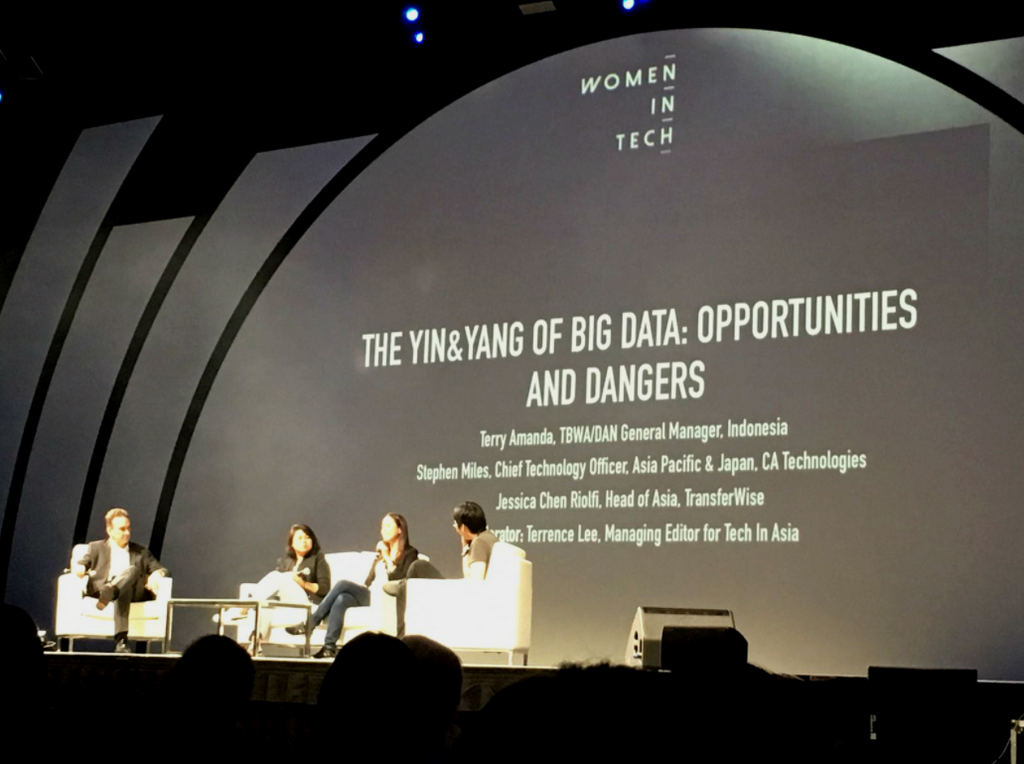 The event was filled with exciting discussions, dialogue and insightful debates on inclusivity and diversity in the tech industry across Asia.

On the main stage presentations and panels were conducted by leaders from the tech industry.

Real-time mentions and images containing the event hashtag were displayed on four screens spread out on the event space. 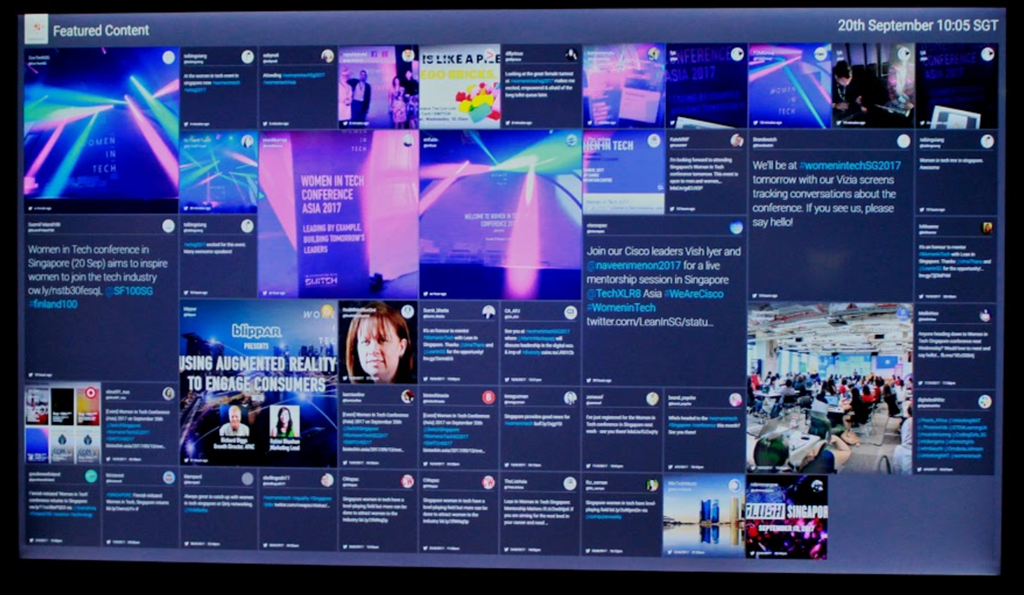 One particular screen was dedicated to displaying information about the speakers at the event. This included videos of their interviews and talks, topic clouds, and also their twitter activity. Vizia was able to capture live tweets from the audience when they mentioned the respective speakers – all while they were still on stage giving their talks. 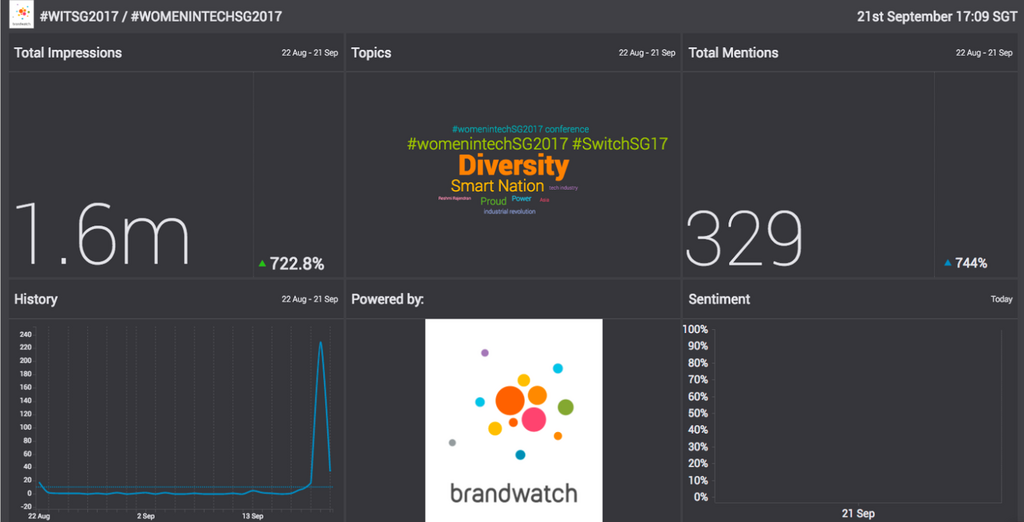 Looking at the Vizia screens, it was impossible to ignore the magnitude of the Women in Tech event on social and the traction it was gaining. A total of 1.6 million impressions were generated from all the mentions regarding the conference. There was also a huge percentage of positive-categorized mentions, with participants impressed and inspired by the talks.

These metrics and mentions definitely captured the attention of the attendees, who saw the Vizia screens and joined in with the online conversation. As the day went on, more people started talking about the event on their social media accounts.

New Vizia Visualizations: Bringing Your Data to Life in More Ways Than Ever

Today we launch exciting new Vizia 2 updates. Read on to discover how they'll make real-time marketing and monitoring performance easier than ever.

Vizia captured the interesting topics mentioned by the speakers that had started to trend. Some of these topics revolved around an upcoming 4th industrial revolution driven by tech, a smart nation through a collaborative effort between industry and government and empowering and encouraging diversity in the workplace.

The conference was a huge success and helped to demonstrate the power of Vizia in tracking conversations around a large scale event.

Have a live event coming up? Find out how recent Vizia updates can help you change the game.

Bring your social and marketing insights to life across your organization.