The Part Social Media Played in the Brazilian Riots

This post is by Luisa Barwinski, who trialled Brandwatch for a review but ended up discovering some unexpected insights into the riots in Brazil. Here, she tells us what she found and her view on the riots.

June was quite a noisy month for everyone in Brazil.

It all started in the second week when the governor of São Paulo increased the bus fare by 20 cents. Now, you may think that a riot starting over this is foolish, but I assure you it is not. Here’s why … 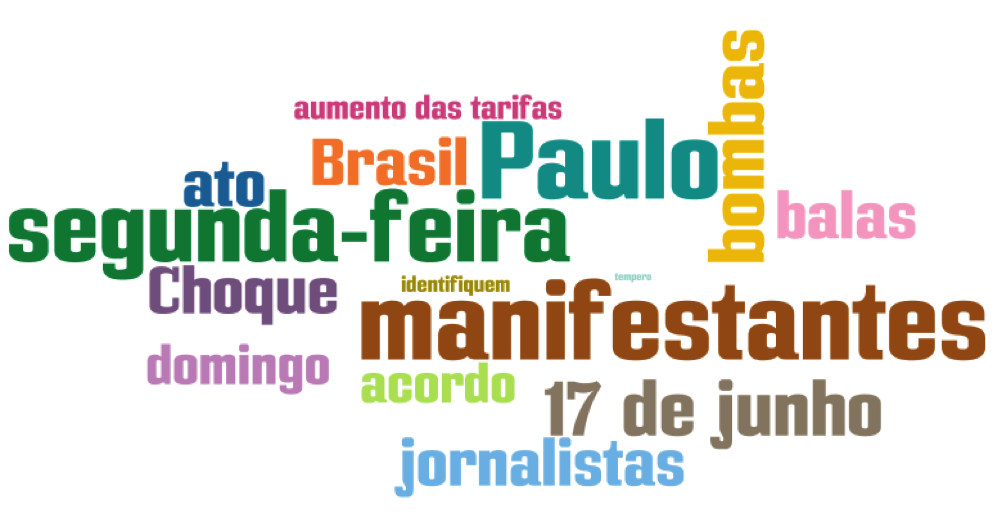 If you stop and analyse you will discover that Brazilians pay almost the same amount of taxes as Germans, but we do not see where the money is applied.

Politicians and contractors make arrangements to get more money from the public funds – the scene is immoral.

Another huge reason was the proximity of FIFA’s World Cup and the Confederations Cup.

Some of the cities that are going to host matches, such as Brasilia, don’t even have local teams to make use of the enormous stadiums. These are what we call “white elephants”.

You can be sure that the politicians and contractors took care of themselves during this arrangement, whereas our hospitals and schools are still suffering.

People got tired of all the corruption. When the fares went up in São Paulo, people went to the streets to air their unhappiness. Soon people in cities all around the country started to claim their rights, and the main medium that connected them was social media.

Social media is a proven way to connect people around subjects and causes. Notable examples include the scenarios in Egypt and Turkey.

But for Brazil a gathering of this scale hadn’t occurred since the 1980s. In two weeks, the streets were full of protesters.

Young men and women painted their faces green and yellow, they wrote posters with messages. One of them was “We left Facebook”, to show that they’d organised themselves to take the discussions they’d had on Facebook on to the streets. 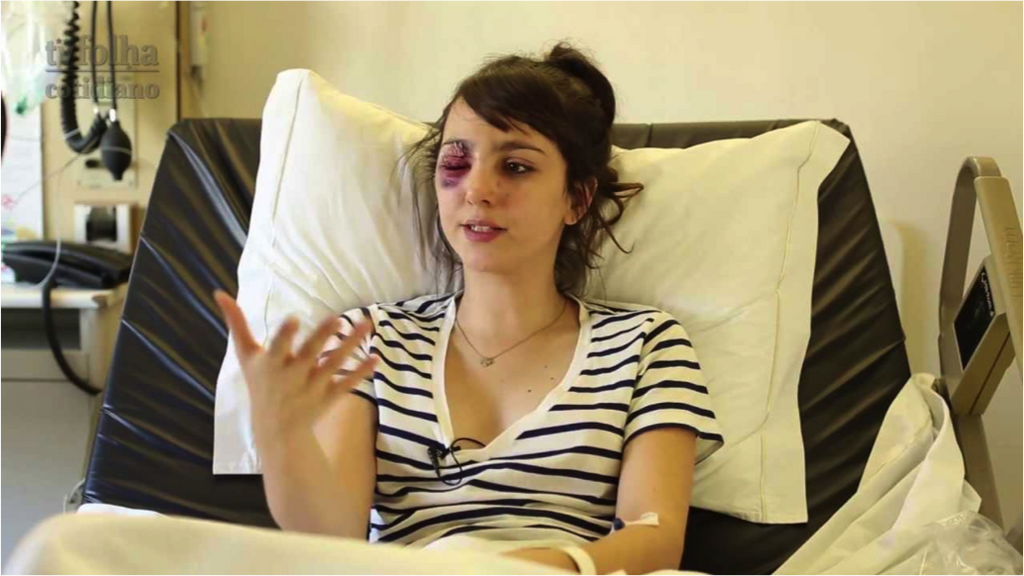 The traditional media coverage of the riots began when it was not possible to avoid it anymore.

When the protests started in São Paulo, the press labelled them “troublemakers”, but this all changed when Giuliana Vallone, a news reporter from ‘Folha de São Paulo’ (the biggest Brazilian newspaper), was shot in the eye by a policeman with a rubber bullet.

She was trying to help people get away from the tear gas bombs, and luckily did not suffer much damage to her eye.

From the very first moments social media played a huge part in the riots, and thanks to the stories published by traditional media the “troublemakers” were now “peaceful protesters”.

This was the first time in Brazilian history that the facts were told in real time; even the newspapers’ websites couldn’t hold this amount of information.

Also, during the riots, Twitter usage increased for the first time in over four years. Tweets had been on a steady decline as Facebook became more popular, however as the riots became stronger, so did Twitter use.

Riots are cool things to monitor – especially when you have a social media monitoring tool like Brandwatch. I prepared some Queries with terms that people were using to talk about the riots.

These queries had to be both long and specific in order to capture all the data. Search terms included “#vemprarua”, “vinagre” and “20 centavos”.

I also applied some filters to check the most “effervescent” cities in Brazil; São Paulo and Rio de Janeiro had the largest amount of mentions and the biggest violence rates.

When there is such a huge mass of people it is easy for troublemakers (the real ones) to get involved, and in these cities police forces retaliated and innocent people were caught in the crossfire.

The analysis also gave us insight into people’s trust of traditional media channels. When they started to see their friends’ testimonials of what was happening on the streets, people watched their daily news with scepticism. Punctuality and volume of information sent them to social media:

We see an enormous volume of information on Twitter, blog posts, Facebook and other social media channels. However, traditional media sites’ share of voice was minimal. Does this show that people’s needs for facts and valuable information are changing?

This just proves the importance of social media and monitoring in understanding the ‘big picture’.