Will All Eyes be on Florida Come November’s Election?

This  is the second  post of a weekly political series we are running analysing social media conversation in the run up to the US elections. It is written by our Head of Insights, Gareth Ham. 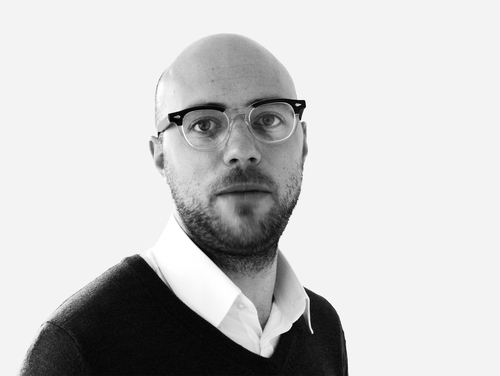 Gareth has been working in media monitoring and analysis for five years, beginning in the public sector for quangos and other governmental institutions, including the British Foreign and Commonwealth Office.

He has been at Brandwatch since September 2011, managing bespoke analysis projects for a range of clients and covering global political and commercial issues for our market-leading studies.

Brandwatch Twitter data suggests that the Sunshine State could once more be vital in the race to the White House.

The issue of voter disenfranchisement in the US is never more alive than at election time when arguments rage over whether voters in a small number of states will have a greater impact on the outcome than those elsewhere. Each state in the union has crossed to and fro over America’s ideological ridge over the course of US democracy, but every four years a combination of policy, personality and timeliness throws up a collection of territories more critical to the race than elsewhere. The marginality of a state can change from election to election. Events in, and corresponding discussion of, swing states dominate electoral contests in the race to the polls and 2012 is no different. Analysis of data coming out of these key areas is vital in order understand the direction of the race as a whole.

In addition to polling data provided by Gallup, the Washington Post, Scott Rasmussen et al, analysis of content posted online in these states by the American electorate adds additional context to political leanings expressed offline. We mined Twitter data in each of the eight states identified by the majority of media outlets as ‘toss-ups’: Colorado, Florida, Iowa, Nevada, New Hampshire, Ohio, Virginia and Wisconsin. The question of ‘for or against’ was asked of tweets posted about both Barack Obama and Mitt Romney in the past 30 days, with the differences in approval ratings calculated (see figure 1). 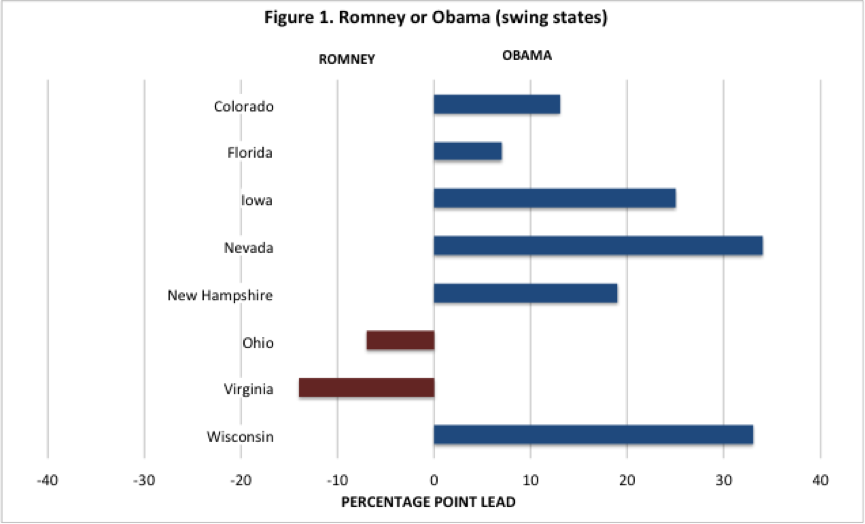 Obama takes the swing states and retains the White House, according to these Twitter statistics at least. This, of course, conveys only part of the story. The Democrats took each of the eight in the presidential poll of 2008. This may suggest that the states could dip red this time as a result of disillusionment with the executive, or blue on the assumption that the cyclical nature of partisan American politics now leans towards the Democrats. Despite the fact that incumbents traditionally struggle to retain power in any recession, let alone the perfect storm currently engulfing the global economy, Obama leads social media polling in six of the eight states.

A certain amount of anger is directed at the President by the right of Twitter, going someway to debunking the theory that online platforms remain solely the habitat of stereotypical Democrat voters: young, liberal, well educated voters. Interestingly, the data was found to be overwhelmingly negative, on the whole, against both candidates. If the election is indeed presented as a referendum on Obama by the GOP, the party needs to ensure that Mitt is in a safer place with tweeters.

Mitt Romney is ahead in two of the states: Ohio and Virginia. The Grand Old Party has never taken the presidency without Ohio and could stand to celebrate in Columbus based on these findings. The state is also worth many more electoral votes than other swing states, a crucial factor. Figure 2 awards each candidate the electoral votes at stake in each of these states. Adding these numbers to those identified as safe by The New York Times and other media outlets – 237 to Obama and 206 to Romney. The incumbent stands to reach 301 votes, suggesting a much tighter race than in 2008, where he gained 365. Romney would win 237. 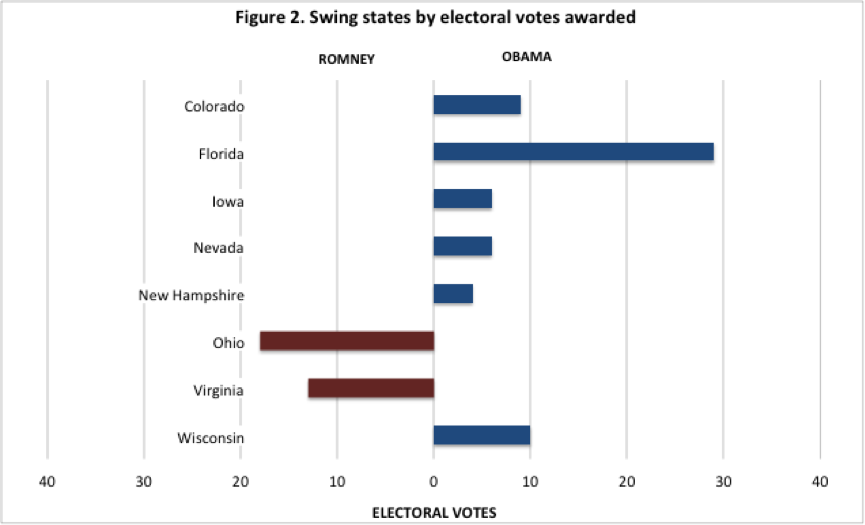 Obama is comfortably clear in Twitter polling in five states, although those where fewer electoral votes are available. Significantly, the state in which the largest number of swing votes is obtainable is also the tightest Twitter race: Florida, again. Obama’s relatively slim Twitter polling lead of seven points in the Sunshine State could easily be overturned by Romney and, with it, Florida’s 29 votes. A Twitter polling turnaround in Florida could also precipitate similar lurches to the right elsewhere, especially given prominence of Medicare and unemployment in the race: two issues hugely significant to those in a state where more than a third of voters are of retirement age and unemployment stands at 9% . Could the famous battleground in the Bush-Gore war of 2000 once again prove incendiary?