Women in Tech: Talking Tech in Stockholm With Sophia Skinbjerg

We kick off our Women in Tech series by talking to Head of Marketing at Ungapped, Sophia Skinbjerg, and hear about the exciting tech scene in Stockholm

Prior to working here at Brandwatch, I spent a few years working in marketing in publishing. My team, and the office as a whole, was primarily female – and that’s generally the case in the industry. A survey of American publishing houses found that publishing is predominantly female, ‘with 78% women.’

My experience in that industry was being part of the majority. Not so, now. Publishing certainly isn’t alone when it comes to lack of gender diversity.

The tech industry is facing what Mashable calls ‘an urgent problem’ in this area. Think-pieces and academic papers call for tech companies to close the gender gap almost daily, with emotive encouragements to young girls to take up coding when at school, and with passionate counter arguments stating that it isn’t the fault of education, but rather that of hiring companies.

It’s traditional in November to write about the gender pay gap – I’ve spent the past three years doing just that. But this year, when I set out to discover whether women in tech are earning considerably less than their male peers, I was struck by something else. New research from US survey salary company Paysa shows that the first hurdle the tech world needs to overcome isn’t paying women fairly, it’s getting them into the company in the first place.

Paysa reviewed the pay of 1,143 job roles at 63 companies, a number that should have given it enough data to review the gender pay gap. However, of those 1,143 roles only 50 had close to an equal number of men and women doing them and, unsurprisingly, these jobs were in areas such as HR or administration. When all job roles were taken into consideration, women made up just 26% of the tech industry. So before companies can begin to analyse whether or not they are paid fairly, they have to ask themselves why they are finding it so hard to get women through the door in the first place.

As editor of the Brandwatch blog, I’m acutely aware that the majority of the voices we hear from on this site are male.

I think it’s important to note, in this, the first of the series, is that we see ‘women in tech’ as being an inclusive, umbrella term for anyone who doesn’t experience male privilege, and when we say ‘women in tech,’ we are hoping to elevate all of those categories.

For whatever reason, I receive far less submissions from women and non-binary authors than men, and we hear from less of these groups than I’d like. Despite the work being done on addressing the issue of diversity in the industry, women and those identifying as non-binary are still under-represented in general, and here on the blog.

I’m working on it. In the coming weeks we’ll be reading more non-male voices, from those in the company, and from interviews we’ve been conducting with those working in the tech industry. 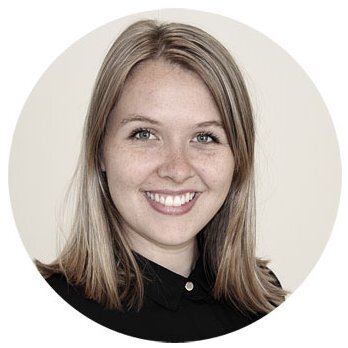 To kick us off, I spoke to Sophia Skinbjerg, Head of Marketing for Ungapped, a Swedish customer experience and marketing platform. An Australian based out of Stockholm, home of tech successes Spotify and Skype, Sophia talks to us about her role at the organization, her challenge in rebranding the company, and the vibrant tech scene.

Hi Sophia! Could you talk a bit about what you do, and what Ungapped does?

We are a SaaS digital marketing platform – we have tools for email marketing, survey marketing and text message marketing as well as a basic CRM.

Just over a year ago we relaunched under a new name and brand; Ungapped. This is why I joined the team. I joined as Head of Marketing to launch the new brand and identity overseas internationally, particularly in the US, and my role entails anything and everything marketing. That’s everything from the strategy, the direction and the voice, as well as executing all of our campaigns. On a day-to-day basis for me, that’s mostly working with content marketing – blogging, social, and collaborations for events.

What were you doing before you came to Ungapped?

Previously I had been freelancing through my own company for two years. I was living in Copenhagen before Stockholm, but then I met a Swedish guy who persuaded me to move to Stockholm. I had been really interested in the tech and startup scene in Copenhagen and I had heard that Stockholm was also this kind of Mecca for startups, and so I was like, ‘Hell, yeah, let’s take that chance.’

Absolutely. It’s really, really impressive.The most recent data is that Stockholm has produced more billion-dollar unicorn startups per capita than any other city in Europe.

In terms of the population it’s super-competitive compared to Silicon Valley, which you think is kind of the hub for startups. What specific challenges do you think Ungapped faces when it comes to social?

The biggest challenge for us right now is attempting to establish a community with the new name and the new brand. We only launched in October last year. We had a really established brand beforehand because we’d been doing it for 10 years under the name Maildirect. That’s been the biggest challenge, trying to grow our community. Previously we had been an email-marketing platform and that was the only tool that we provided. But now that we have this integrated platform with a bunch of tools, the name Maildirect was so limiting, people only thought of us as this mail provider and we were doing so much more and we do so much more, and we have plans to do so much more.

So for us to just have mail, it was suppressing us a lot. The name itself, Ungapped, comes from the idea that we’re bridging gaps between core functions of a business. We want to close gaps between sales, marketing and customer support because we think that everything is better when it works together, when it’s a smoother experience for the customer.

How are you measuring the success of how the rebrand is going?

Our main goal is new users. We know that if we have new users, then the other stuff tends to happen quite organically. So everything we’re doing, while we’re aware that it’s giving brand awareness or boosting the brand, the core goal is to always convert a visitor into a user.

I think that’s a lot easier to measure, and it gives us a stronger metric because we can see the dollar value. Brand awareness is such a hard thing. I know that it’s valuable, but at the same time it’s a lot harder to measure in behaviors.

Where do you stand on personal versus work social accounts?

I’ve had that experience where when there is no barrier or no boundary between the two, and suddenly you find that your work day melts into your after work and free time. That’s a whole other Pandora’s Box. You can become stressed and overworked and you never switch off. At the same time, it’s also super-convenient that there is no difference in terms of who I’m following versus what the company is following. So I think for me, cohesion works really well but I also need the discipline to switch off.

You’re Head of Marketing for a tech company in a country that isn’t your first language – impressive. Do you have any advice for women who might be thinking about moving into tech?

Yes, I think that advice is quite different based on location. I’ve been working in the tech scene in both Copenhagen, and a little bit in Sydney, and each place has beenvery different and I’ve had to adjust myself to each.

But I think for women in Scandinavia – or in Stockholm at least – you just have to jump into it. It’s so much fun. I love the industry. I love how knowledge is produced and how it’s shared and how rapid it can be. My recommendation would be to network. Network, network, network. Particularly in Scandinavia, where people aren’t necessarily very open with one another compared to the UK or Australia where we just talk to anyone. We’ll talk to strangers, and that’s okay. Here you don’t do that.

You really need to know who is who, and once you have that ball rolling, so many more opportunities will open up for you.