As America's No. 1 consumer-rewards app, Fetch Rewards is on a mission to help people have fun and save money. By partnering directly with the biggest brands in the world, Fetch gives consumers access to quick and easy rewards every time they snap a photo of their receipt or submit an eReceipt.

Since launching in 2017, the Fetch app has amassed more than 13 million active users who have submitted more than 2 billion receipts and earned more than $340 million in rewards points. A top-ranked app in the App Store and Google Play Store, Fetch Rewards has more than two million five-star customer reviews. Fetch recently surpassed $100 billion in annualized gross merchandise value (GMV), making it equivalent to the nation's seventh-largest retailer.

What makes Fetch Rewards different? The platform helps the participating companies get insights into consumers’ shopping habits in stores and online. That data can be used to target specific customers with better offers and meaningfully reward a customer's individual loyalty. It’s a win-win for all parties involved, and many brick-and-mortar locations readily promote the app with in-store signs.

In this case study, we’ll explore how Fetch Rewards developed and evolved social listening using the Brandwatch platform, and how they encouraged adoption of the platform internally and at scale. You’ll learn how the team leverages digital consumer intelligence to improve decision making across the company, and you’ll hear from Fetch Rewards’ Senior Marketing Manager, Research & Insights Amanda Jeppson and Marketing Director, Consumer Insights Emily Arnau. 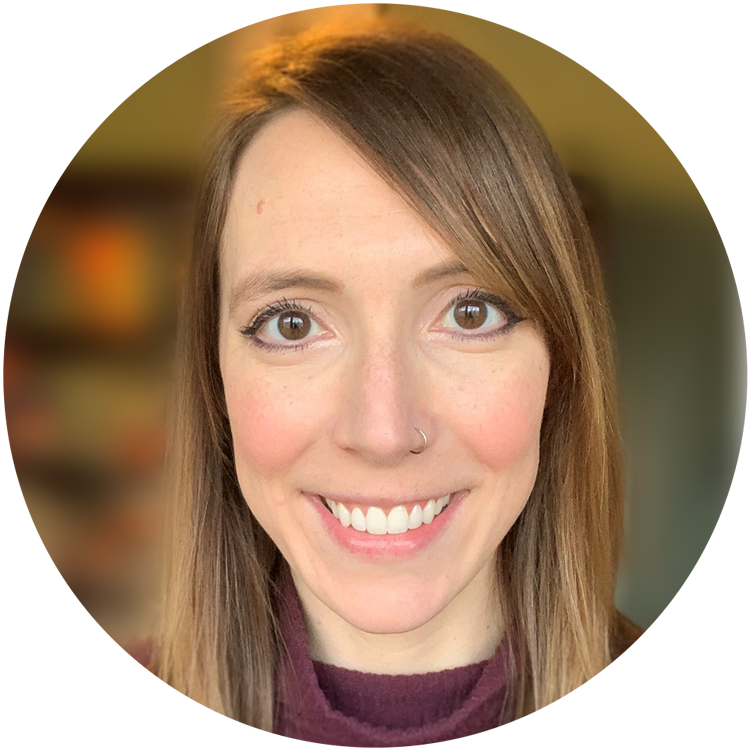 Prior to Amanda joining Emily’s Consumer Insights team at Fetch Rewards in July 2021, the company had a limited view into how the conversation about their brand appeared online, with some light-touch social listening occurring through one of the company’s previous social media content management platforms.

The freshly minted Consumer Insights team was created in March to gain a more comprehensive understanding of Fetch users beyond operational data. The social listening capability was desired, so Fetch could have real-time and on-demand social listening insights about brand health, consumers, and competitors to inform business initiatives, marketing strategies, social engagement, and branding.

The challenges? How to build up the capability and encourage adoption.

Building up the capability in Brandwatch: Build, refine, grow

Emily and Amanda approached the development of social listening with a build-refine-grow framework in mind, which meant roadmapping foundational projects to be completed by the end of 2021. Foundational projects were easy wins that would situate Fetch for success, such as understanding brand health, monitoring competitors, and being able to measure marketing campaigns and activations.

For example, the Fetch Marketing team got its first “taste” of consumer insights and learnings with the help of Brandwatch when Amanda observed the impact of their back-to-school campaign on their online presence in 2021. During routine daily brand monitoring, a spike in back-to-school related conversation in conjunction with a partner Twitter account @FetchTeach disrupted the normal flow of conversation volume and drove positive sentiment. The measured impact in terms of engagement and reach inspired the broader social team to investigate how Fetch can become involved in teacher-related conversations throughout the year in addition to back-to-school.

If last year was all about building a strong foundation for the company’s social insight generation, this year is about growing and becoming more strategic.

Amanda and Emily, with the help of Brandwatch’s Strategy & Insights (S&I) team, are building their understanding of consumer CPG purchase intentions. Using the resources provided by Brandwatch’s S&I team, a similar process will be replicated internally for retail, restaurants, and other new verticals.

Most recently, Amanda started focusing on the B2B space and pulling together multiple data sources, including Brandwatch data, in-app, and survey data to generate insights that better Fetch's content strategy and provide a more complete picture of the phenomenon being studied.

A good example to illustrate these refining and growth efforts was Giving Tuesday. To better understand and inform Fetch’s approach to charitable giving, Emily and Amanda were able to pull app, survey, and social listening data together to generate insights to catalyze action within the company.

“Having all three of those sources pulled together makes for a rich and compelling story.”

Through their work with Brandwatch, the consumer insights team at Fetch Rewards was introduced to the concept of digital consumer intelligence (DCI) and the DCI Maturity Model, both pioneered by Brandwatch. This is about enabling organizations to adapt in a fast-changing world by connecting decision makers to strategic insights derived from a combination of real-time online data, customer data, and marketing intelligence. Just beginning their DCI journey, Amanda and Emily sought to bring the maturity model to life within their organization.

Emily and Amanda wanted to generate excitement and engagement around their new capabilities across the Fetch Rewards organization, so they hosted a series of roadshows. Meeting with critical teams at the company, Emily and Amanda introduced the concept of social listening, gave a tour of Brandwatch, and discussed social listening examples, inspiring their colleagues to ask questions and brainstorm ideas for how social listening could fit into their existing data ecosystem to drive decisions.

“One learning we had is it really helps to personalize the roadshow presentations – bring in a tangible, relevant example to the group you are presenting to. It created more engagement and interest, and sparked a conversation.”

Despite the limited conversations because, as Emily explained, “you don’t know what you don’t know,” and these presentations were the first time some had heard of social listening, Amanda started getting occasional requests to do ad hoc analyses beyond the daily brand health and competitor updates she was providing in Slack. This was a huge success as others at Fetch started leaning into the benefits of social intelligence.

Fast-forward several months, and Amanda completed the second series of roadshow presentations, which focused on what the team had accomplished using Brandwatch Consumer Research. Calling it their “Greatest Hits Tour,” they returned to the same teams they previously met with to share innovative projects they’ve executed and to continue discussions.

Conversations were even more engaging as social listening has become more visible in the organization. Through regular Slack updates and presenting social listening updates in Marketing Meetings every week, teams are much more familiar with the capability. Furthermore, the selection of projects shared with each team was curated to their area of interest to make the examples as relevant as possible in order to spark more meaningful conversations about the role social listening can play across teams.

Evolution and adoption together

Last year, Fetch Rewards rolled out a social feature, allowing users to link with friends. The feature displays some high-level information on shopping behaviors and points, allowing friends to compete with each other on an in-app leaderboard.

As is the case with most new features, some users liked the change (eg, the competitive nature of the leaderboard), while some disliked the change. For example, the app layout had to be slightly re-organized to accommodate the new feature, which left some users confused as to how to access their historical purchasing data.

With the rollout, conversation about the feature spiked conversation volume and, initially, negative sentiment. Positioned to analyze user responses in real time, social listening gave Fetch teams, such as the Marketing and Product teams, insight into user concerns and confusion.

Context was important for Amanda to share with those teams, though: despite the spikes in conversation about the social feature, those conversations represented only a fraction of the total Fetch Rewards conversation.

While the focus of the analysis was a smaller slice of the overall data, leadership appreciated the context into not just how the feature was being received, but how much the feature was impacting overall brand presence.

To continue driving the ROI of social listening, the team is searching for efficiencies to build capacity for more sophisticated analyses. After all, the world of social intelligence is big, and right now Amanda is the sole owner of that space. While she has been doing the heavy lifting in mining different dashboards for insights and distributing them to the right people, Emily shared that their ultimate goal is to encourage their colleagues to self-serve.

She added, “If we can continue to do that but also encourage self-serve, on-demand, real-time insights, that will free our time to do more complex, in-depth analysis. That’s one of our goals this year – to enable the teams.”

Summary: What does the future hold for Fetch Rewards?

2021 was a building year for Fetch Rewards; the Marketing team started a Consumer Insights team and hired a Social Insights Manager. Social listening provided Fetch with “the big picture” of online conversation, supplying critical insights related to Fetch’s online presence, the competitive landscape, and user experiences with the app. “We were able to understand all of this because of Brandwatch,” Emily shared.

Armed with those insights, the Consumer Insights team has provided data-based recommendations to Fetch leadership–insights that have been very well-received. Leadership supports the advancement of social intelligence at Fetch, and they continue to look for more insights and guidance for how to use the data to drive decisions.

Amanda also told us that Fetch Rewards is coming very prepared for this year, and when asked what does success look like for the Fetch social team, Amanda shared, “It’s about having our internal partners being able to grab trends and insights and turn them into something that drives our business growth, user retention and elevates our growth.”

Build a framework for evolution (and success): The progression of social listening at Fetch Rewards followed a build-refine-grow framework, with building a foundation to inform and guide future projects as the first step. This foundation involved setting up queries, alerts, and dashboards for critical areas (eg brand health). After refining the approach to social data and building upon that foundation, social listening projects can grow in sophistication and reach, resulting in ever richer and innovative insights to guide decisions.

Encourage adoption and secure executive buy-in: Encourage the adoption of social listening through various means (ie through presentations, Slack updates, etc). Add context to insights and share findings across teams. When sharing insights internally, bring in tangible, relevant, and personalized examples to the group you are presenting to spark more interest and conversation.

Automate to spend time on high-impact work: Build in automation where possible, such as around brand health tracking, competitors, and crisis management because it can free up a lot of time for the team to do more complex work, such as industry research or mixing social data with other data sources (eg in-app data, survey data, etc). This complex work can have farther-reaching implications as the understanding of consumers deepens when they are seen through multiple lenses.