Controlling your own customer experience has never been more important.

Walking into a supermarket you will often see consumers choosing to scan their own groceries or even ordering produce directly to their door.

It’s all about being independent and the extensive array of online tools has made it exceedingly easy.

Customers are now more aware of what they want and are able to cut out the seemingly now trivial ‘middle man’ of the sales advisor.

The travel industry has been shaken up pretty roughly by this transition.

No longer needing to rely upon professionals to book their holidays, travelers are purchasing their own getaways by using comparison and customization platforms.

Indeed, a One Poll survey found that 62% of those questioned believed that Travel Agents was a dying business.

Price (75%) was the highest ranking factor that affected their decision making process, meaning travel agents are having to work much harder to generate business.

But, how can travel brands stop themselves slipping into the industry abyss?

There has been a steady rise in the amount of people choosing to travel, with over one billion people (globally) vacationing each year. 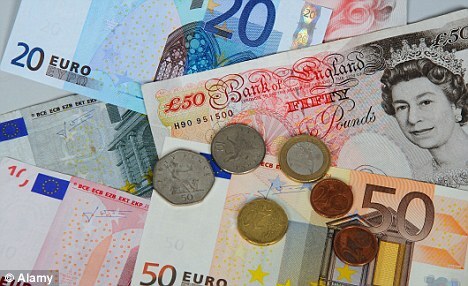 This increase in global travelers has been in part facilitated with changing ways that people arrange their travel, and many businesses have had to adapt fast.

Building on customer relationships and identifying a sense of brand reputation has meant that some companies have continued to survive against independent booking websites.

In fact, a great knowledge of target audience partnered with swift action and marketing nous has lead to a few travel agencies flourishing.

Being able to listen to customers and adapt strategy can bring you popularity and cult status, as demonstrated by Expedia Canada.

The advert featured a rather annoying violin solo, which after repeated showings increasingly grated on the viewing public.

People took to Twitter to vent their hatred of the infernal racket. Expedia were soon confronted with a barrage of complaints.

The brand responded quickly, and put out a replacement video which depicted the violin being flung out of the house, a direct response to the complaints made online.

This let consumers know that Expedia was listening to their feelings in a physical and daring way.

Another, even more dramatic, video was made and sent to social commenters directly through Expedia Canada Twitter and Facebook pages.

This clip directly addressed the preferences and desires of the audience as the violin is smashed up by one of those tweeters complaining about the ad.

This direct, agile approach let the audience know that every single comment is being examined and acted upon, even a solo tweet from a small user.

When you analyse the social data surrounding the campaign the brand was successfully able to eliminate the negative conversation.

Moreover, they managed to maintain buzz and even experienced an increase in chatter on release of new videos.

What this demonstrates is not only the power of listening, but also of an agile marketing strategy. 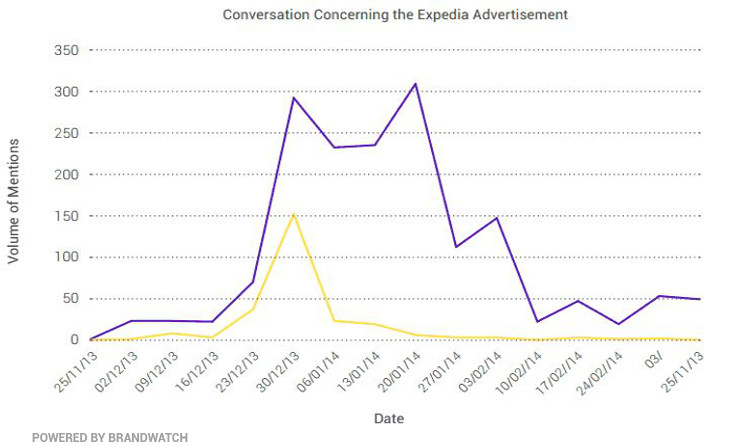 Good marketers don’t stick to the original plan like glue, they react to trends and opportunities.

In fact, one of the most popular campaigns of 2013 – dunk in the dark by Oreo, was a reaction to listening to public conversation on the live blackout at the Superbowl.

Using emerging technologies allows marketers to weather the storm of reactions and also adapt their strategies.

Putting the customer at the forefront of your campaign and listening to their conversations means that a greater connections can be formed.

This is especially important for those within the travel industry who need to maintain loyalty and build on brand reputation.

This case study was taken from our latest report on Travel and Hospitality.

If you would like to read some other use cases and compelling data examples you can download the report here.