The Dark Side Of Wearable Tech: Should You Be Worried?

It’s no secret that technological innovation is explosive.

The exponential development and refinement of first desktops and laptops and notebooks, then tablets and smart phones, has now finally evolved into a next generation gadget—wearable technology. Today, this revolutionary concept is a fast-growing trend that is reinventing the meaning of internet-based connectivity.

The future is here

Leading-edge technology companies are smart when it comes to deciding where to invest millions of research and development dollars. They envision wearable devices as an opportunity to create next-generation innovation and introduce advanced technology products for consumer’s insatiable demand for cool gadgets.

According to an April 10th press release from International Data Corporation (IDC), a research company that analyses future trends, “wearables took a huge step forward over the past year and shipment volumes will exceed 19 million units in 2014, more than tripling last year’s sales. From there, the global market will swell to 111.9 million units in 2018.”

It’s not hard to guess who the big names pushing the industry might be.

Google, Samsung, and Apple are pushing the envelope when it comes to wearable devices. After Google launched Google Glass, the new tech has proved popular with geeks and gadget aficionados. Samsung was not far behind with its smart watch. Now Apple is planning to release the iWatch, and will make its debut in the wearable technology marketplace.

It isn’t surprising that the health, wellness, and fitness industry would be early adopters of wearable technology. Currently, at least fifty-five wearable devices allow users to keep track of bio-metrics like sleep patterns, heart-rate, blood pressure, and calorie counting. 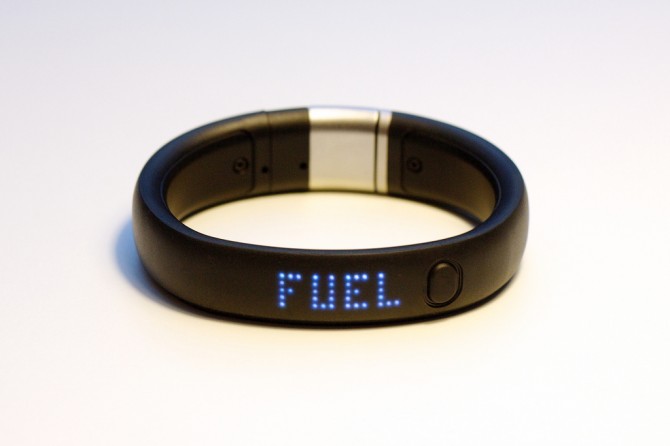 Health-conscious users no longer need a visit to an expensively-equipped lab or clinic to keep tabs on their health because they can now access their vital statistics anywhere, at any time.

Technology has never been free of the dualistic nature of reality—good or bad, right or wrong. Wearable devices are no different. While they do make life easier, they also pose a new security threat to personal privacy.

When users log in key personal health data about their lives on websites, they actually have no idea about the developers behind the app or the companies selling them. Even if these are innocent providers, with no malicious intent, users still do not know if their personal data is stored on servers that have sufficient network security to ward off a hacker attack.

If personal information falls into the wrong hands, it can lead to a wide spectrum of cyber-abuse like employment or housing discrimination, higher insurance rates, identity theft, or targeted advertising.

Since wearable smart devices can store and transmit information in seconds, users need to be mindful of how this information can be a goldmine for hackers and online criminals who intend to spring a cyber-based attack.

Few people read privacy policies because they are often written in ‘legalese’ and can be difficult to comprehend.

Consequently, they are often unaware of how their wearable devices store, manage, or protect personal information. This ignorance leads to insufficient knowledge about the security controls in place to safeguard information from unauthorized access. For example, users may not be aware if their information is being sold to third-party purveyors or to online and mobile advertising agencies.

This makes entering usernames and passwords and social networking behavior visible to anyone surreptitiously tracking the user’s online movements. One simple precaution is to simply switch the default setting to private or turn off the wearable device when not in active use.

If precautions are not taken when using wearable devices, hackers can peer into user’s personal lives. For instance, hackers accessing someone’s Google Glasses can see and record everything the user does. Similarly, hacking into a user’s Samsung smart watch could allow a hacker to record information with a microphone.

Although manufacturers are not oblivious to these security threats and have created effective counter-measures, these safety features benefit from mindful and alert users.

Precautions in the workplace

Usually, corporations that encourage BOYD are in the technology or financial sector, which means that innocent users can accidentally share their employer’s information with hackers who are monitoring their devices.

For instance, unless the network security of a technology corporation has invested in cloud security solutions, it may be impossible for network administrators to detect any malicious activity. They will not even be aware that an unknown device is monitoring their network. Consequently, they are not prepared to block information that is being transferred to a wearable device.

If, for instance, the wearable device is Bluetooth-enabled, it may pair with other unprotected Bluetooth emitting devices and transmit sensitive information.

This review of the potential dark side of wearable devices, is not a condemnation, but a warning of possible abuse.

All things considered, wearable devices are a positive technological breakthrough, and hacker activities can be blocked by alert manufacturers and informed users. The news is that it is entirely possible to enjoy wearable devices without compromising security.