Women in Tech: A Study on the Gender Gap in 50 Tech Companies

Cascade Insights share the findings of their study on the gender gap in tech, taken from LinkedIn data on 50 technology giants

Many articles on the tech gender gap do not include information on the breakdown of gender within major tech companies.

Also, when such statistics are cited, they usually come from information companies have released themselves. Finally, the release of diversity reports is not a uniform practice throughout the tech industry.

Companies that share diversity reports release them at different time intervals and with varying metrics.

While searching for diversity reports for companies in our study, we encountered several scenarios. Some companies release annual reports, others less frequently or not at all. Gender percentages are shared only for U.S. employees in some cases while others share data on global workforces. Some companies give only the male/female ratios for new hires. 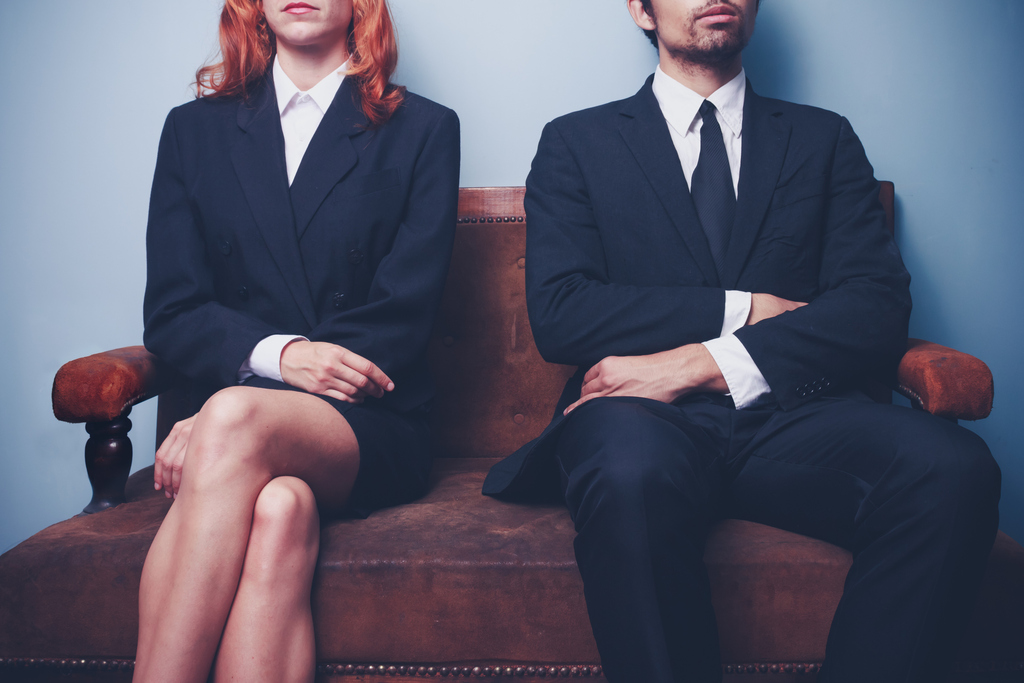 These differences make it challenging to consistently compare the gender breakdowns of tech companies.

In the absence of recent diversity reports for many major tech companies, we were curious whether there was another way to gather information on the gender breakdown of company’s global workforces.

LinkedIn allows users to target their ad audiences by many factors including industry, company, and gender. With this tool, we uncovered powerful information on the gender gap in tech.

The purpose of this study was to find information on gender disparity in tech. Though this is undeniably a politically loaded issue, our objective was to study, not to editorialize.

It’s quite simple to pull data on the female and male employee estimates for companies.

First, we created a draft text ad to use as a placeholder to get to the audience targeting tool. Targeting data is available without purchasing or publishing an ad.

For each company, we found the estimated number of the:

LinkedIn ad targeting gave us a much larger sample than used in most corporate research we’ve come across.

For the 50 companies in the study, LinkedIn ad targeting could determine gender for roughly 1.839 million employees. (We arrived at this number by adding together the total male and female estimates for all 50 companies.)

LinkedIn states that gender is “inferred in English from first name of member.”

Initially, we were concerned that there could be a potential bias toward assigning gender to predominantly English names. But when we checked our results against recent diversity reports, the targeting data was pretty close to the reported gender ratios. For this reason, we did not investigate English name bias further for this study.

For example, the target audience of female Facebook employees on LinkedIn was estimated at “5,000+”. We used the number 5,000 as the female employee estimate for Facebook in our study.

Here’s an example of gender information provided by LinkedIn ad targeting. In this case, we narrowed the ad audience to female Facebook employees.

Companies in our study had to have 1000+ employees

LinkedIn gives the message “your audience is too narrow” when it estimates an audience to be less than a thousand. That is why we only included companies with thousands of employees in this study.

We did not include companies in our study that had an estimated female or male workforce of less than a thousand. In such instances, LinkedIn generates the message, “Your audience is too narrow.”

We also considered how the total male and female estimates compared to the total company estimates on LinkedIn.

Since female employee estimates were drastically lower than male estimates for most of the companies we looked at, it was unlikely that the names LinkedIn could not assign a gender to would significantly alter the male/female ratio in all but a few instances. For example, Concur and SAS.

Of the 50 tech companies in our study, Concur and SAS had the highest estimated percentage of female employees in their workforce.

Concur was the only company to have equal male and female employees estimates, though LinkedIn was unable to identify a gender for 20 percent of the Concur employees with LinkedIn profiles.

Concur and SAS were two of the few companies in our study where the percentage of employees that LinkedIn could not assign a gender to could change the male/female ratio in a significant way.

It’s worth noting that all the names that LinkedIn could not determine a gender for would have to be women for SAS’s workforce to be 50/50 male/female.

Women are still a minority in major tech companies

Here are some of our findings: 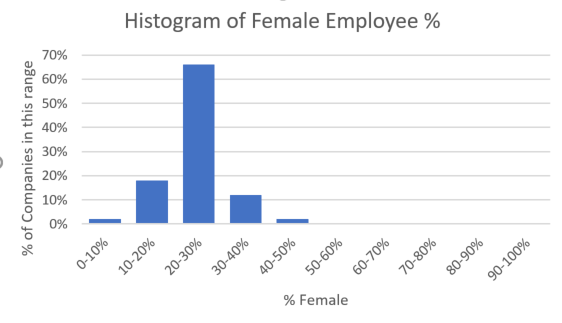 According to LinkedIn ad targeting data, women made up 20-30 percent of the workforce for most of the companies we studied.

Gender unknown LinkedIn profiles could shift the male/female ratios. However, in most cases, it is unlikely the change would be drastic unless all the unassigned profiles were women.

Comparing our data to diversity reports

To check the validity of our LinkedIn ad targeting data, we searched for publicly available gender breakdowns for each company.

We found a publicly released gender breakdown of the global workforce for 20 out of the 50 companies we examined. While many of the other companies had released diversity reports, some were older than 2015, some did not state what year gender data was from, others did not include a gender breakdown or only included gender breakdowns for their U.S. workforces or new hires. We did not consider such reports to be valid comparisons for our LinkedIn ad numbers.

For the 20 companies that did have publicly available gender breakdowns of their global workforces, we found that our LinkedIn ad data yielded very similar ratios.

The average difference between the publicly reported female percentage of the workforce and the one we found through LinkedIn ad targeting was 4 percent.

We also wanted to test LinkedIn ad data in a different industry, preferably one considered female-dominated. Health care came to mind. So we pulled LinkedIn ad targeting data on gender breakdowns for 12 of the largest hospital systems in America.

LinkedIn ad targeting reflected that women consistently represented the majority of the workforce in those 12 hospital systems.

Is there a huge gender disparity for LinkedIn users in general?

We looked into LinkedIn user demographics as well, to see whether a large gender disparity of the platform’s users could throw off our results. That did not appear to be the case. In 2014, LinkedIn announced that 44 percent of its members were female.

According to LinkedIn ad targeting, an estimated 45 million members work in high tech, making it the second most well-represented industry category on LinkedIn.

This methodology is not as valid a source of information for industries where employees are less likely to have LinkedIn profiles.

Further, this methodology is most useful when trying to gain a “big picture” of a group of companies, such as the percentage of male and female employees. It is not as helpful for getting precise number counts of workforce demographic groups, as LinkedIn can only generate estimates based on employees with LinkedIn profiles rounded to the nearest thousand.

Total accuracy on the breakdowns of gender in technology companies would require a census. When relying on publicly available information, there is no meaningful way to do a census of this population. This methodology extends available data on the gender gap more so than solely relying on diversity reports.

We wanted to learn whether LinkedIn ad targeting was a valid source of information in the absence of publicly released data on large technology companies’ workforces. Studying gender disparity allowed us to test that.

This study was brought to you by Cascade Insights, a Portland-based market research firm specializing in the B2B tech industry.