The React team uses social data to rank the top Christmas ads 2017. Will anyone beat John Lewis? Which supermarket caused the biggest splash? Find out here.

Christmas is officially here, or so the TV would have you think. We’ve traced social media mentions of the major Christmas ads 2017 as they were released to see which were best received.

The Brandwatch React team have kept a close eye on ads being released over the last few weeks, setting up queries for each as they came out and monitoring the associated keywords and hashtags.

Our Christmas ads 2017 data has already been published in PR Week, The Drum and Marketing Week (and more) so far, so check out the data the journalists have been fighting for.

While you might have predicted the impact of one certain advert that we’ve mentioned before, the other results may surprise you.

The ads making a splash

John Lewis, almost inevitably, had the highest number of public social media mentions with #MoztheMonster. The retail giant has set the bar high for a number of years and few UK brands are able to generate half the amount of hype around their own adverts.

If you’re going to beat John Lewis on hype, you’ve really got to do something special. 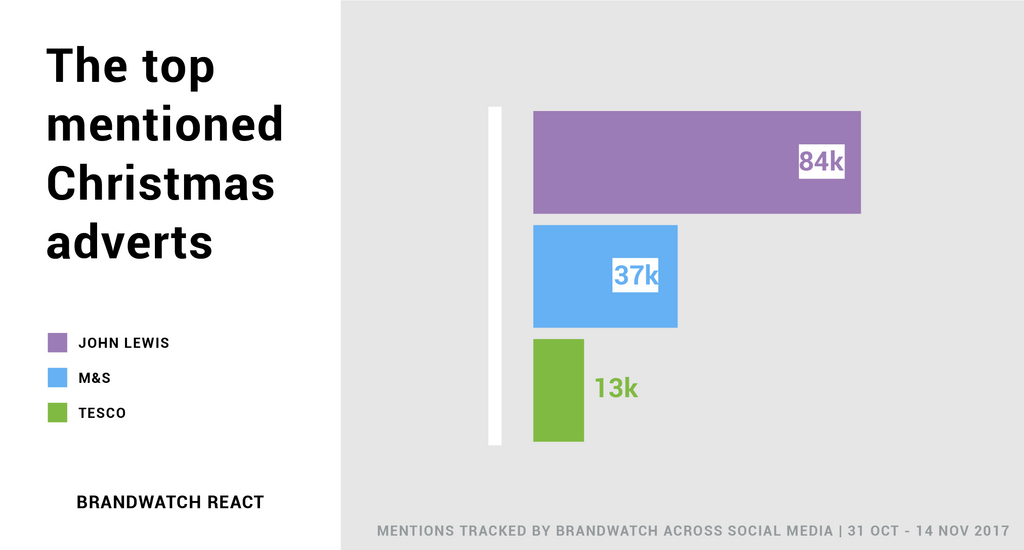 M&S’s Paddington Bear campaign came next along with Tesco’s #EveryonesWelcome.

But big mentions don’t always mean that people are talking positively about your ad.

We used sentiment analysis to take a assess the success of our Christmas ads, removing retweets to find the ads generating the most positive mentions that weren’t retweeting promotions or the ad itself.

While many claim the John Lewis ad isn’t as good as last year’s, it still clinched the top spot.

M&S, with lovable Paddington, came in second and Debenhams with the #YouShall love story comes in at third. 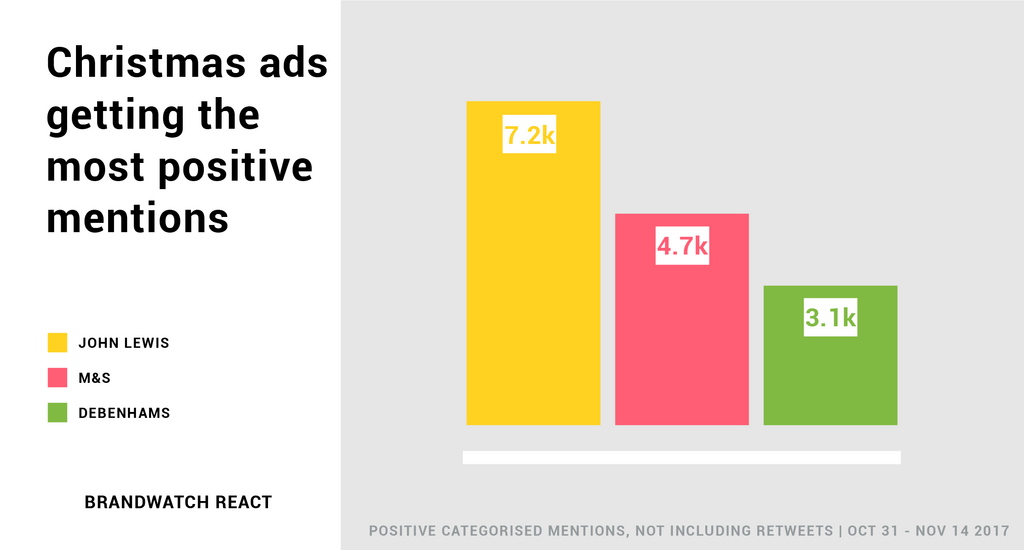 If you’ve not seen it yet, here’s the winning ad:

We're making a list. We're checking it twice. We're going to find out which ad is most nice. Brandwatch React is coming to town.

Put shortly, women. All of the adverts we analyzed got more mentions from female authors than males. 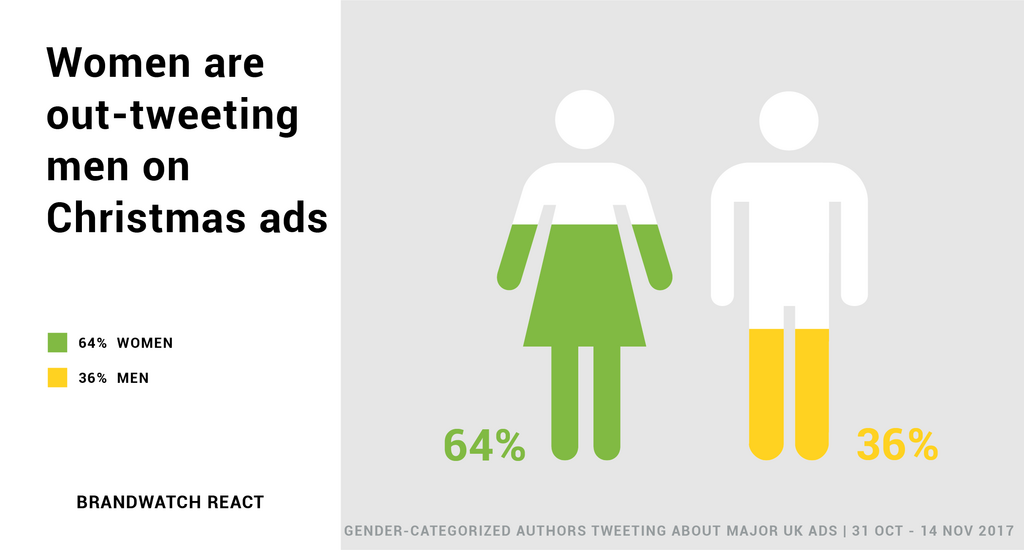 Finally, we took a look at supermarket adverts in particular.

Lidl and Tesco appeared to be more popular among men than women while all the other ads (particularly Aldi) were favored by women. 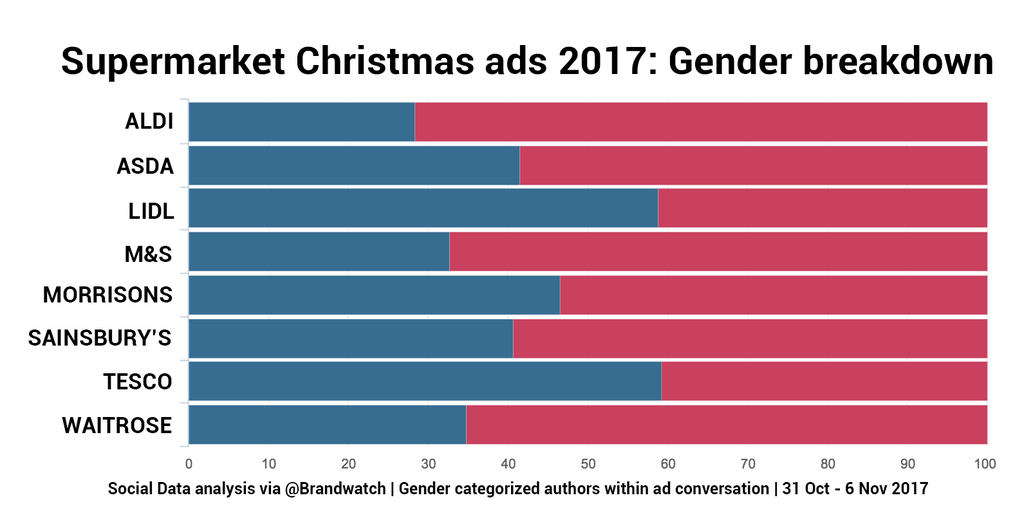 Here are the top five supermarket ads that created the most impact on social media.

Overall M&S has done very well both in the supermarket sphere and generally but ultimately it couldn’t beat John Lewis – the long reigning king of Christmas ads in the UK.