We explain how to find influencers using social media monitoring. Read it now to get some invaluable advice you can use straight away.

Social media monitoring can be a tricky business. With blog posts and newsfeeds, forums and tweets by the million, brands need a reliable toolset to pick out useful insights from endless masses of data. Put simply, a ‘Google it’ approach doesn’t even scratch the surface.

But how do we help clients separate the wheat from the chaff? This depends on the brand and the purpose of the findings. By cleaning the data, Brandwatch can accurately predict future online trends. Behind each tweet, post and mention is a person interacting with a topic or brand.

This is where data collection begins. Queries define the data that is collected, specifying what is picked up by our servers. Advanced operators mean that only relevant mentions make it into the data, which can otherwise pose a problem for ambiguous brand names.

Take Orange, for instance, Virgin Media or River Island. To show the importance of influence filters, we’ll use the UK2012 Olympic torch route as an example. The graph below shows online buzz surrounding the Olympic torch as it passed between Cambridge and Oxford in July. Oxford generated a higher than average buzz once city populations were taken into account. A large number of mentions were posted on Twitter.

Brandwatch’s ‘influence’ indicates how much a mention resonated on Twitter. Powered by Kred, tweets are given a score between one and one thousand. The more people follow a tweeter, retweet or reply to the mention, the higher the score. When the Oxford torch data was ordered by influence, @silverfox2 and @AOL came first and second respectively.

“Quidditch Olympics: Harry Potter ‘Sport’ To Be Played At Oxford As Olympic Torch Passes By”

formed part of a trend which boosted Oxford buzz. This news was also reflected in ‘Harry Potter’ and ‘Quidditch Olympics’ in the Oxford topic cloud below:

Reach, as with influence, measures how widespread the relevant tweets were. Rather than providing a scaled score up to a 1000 maximum, however, reach provides an accumulative score. The reach is the sum of the tweeter’s influence and the influence ratings of each person who retweeted the mention.

In our example, ordering by this measure placed @Oxford_News top of the list. Having tweeted 21 times during an eight day period, the rating is perhaps unsurprising. Reach is useful when monitoring serial tweeters, as the scoring allows for more stark score differences than the scaled influence metric. 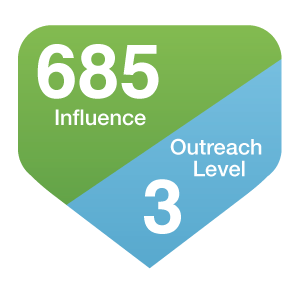 Mentions picked up by the Brandwatch app are also given a Klout score. Powered by Klout, the Klout score includes reach, amplification and network. This provides a more detailed, categorised group of metrics which specify who is being influenced and to what extent.

In the Brandwatch app, the Klout score is paired with a Google maps window showing the geographical origin of the mention. As expected, the majority of mentions in our example occurred within Oxford on the day that the Olympic torch arrived.

The Brandwatch app is useful for ordering and isolating key authors, with clients wanting to know which leading names are discussing their brands. This could mean eliminating authors with fewer than 2000 followers, or only viewing tweets that were retweeted a minimum number of times. It is also possible to isolate serial tweeters, or sort results by the number of accounts the author is following.

Of course, not all online conversation takes place on Twitter. Within other platforms it is possible to specify a minimum number of page views per month, the average time visitors spend on a site, the gender ratios of site visitors, and loyalty (the number of visitors who return to a web page). 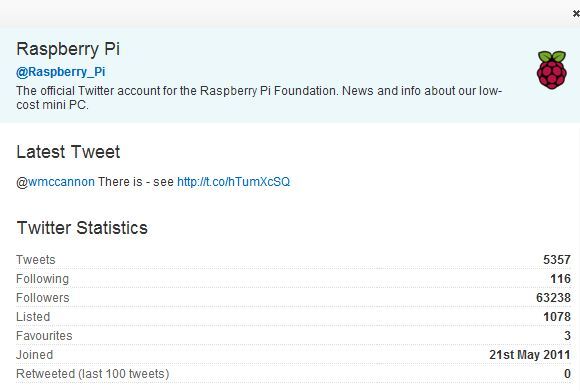 Users can specify the number of comments per blog post, or the length of forum threads. Additional filters, including MozRank and backlink number, ensure that only the most useful, relevant mentions make it into the final cut. When applied to brands and ventures, these filters form the first step towards insightful reports and informed business decisions.