We explain how PR tracking using media monitoring works, what tools you can use, and why you need to be doing it right now.

Media monitoring. PR tracking. Press clipping services. There are dozens of phrases used to describe what to call the process of understanding what the media are saying about you, but the field is constantly changing.

It all began over a hundred years ago, when a Polish newsagent in 1852 decided to offer to read every newspaper and sell only the parts that included famous actors, artists and musicians at the time, so that the celebrities could get a better idea of when journalists were talking about them.

This soon expanded to media monitoring of other things, like brands or movies, but the advent of TV and radio made the process a bit more difficult. By the 1950s, however, media monitoring services recorded mainstream shows and popular programs and helped track mentions of their clients across both print and broadcast media.

The Internet has presented another major challenge, and it’s probably the biggest yet.

Blurred lines: what counts as media?

The line between journalist and blogger has blurred with the rise of credible online blogs, and the increasingly realtime nature of online news publication – digital is often to first place outlets publish to, no longer waiting for the next print run to cover an event.

Further complicating effective PR tracking is the fact that influential authors on social media networks can hold just as much clout, or even more so, than traditional publishers.

Clearly keeping track of the most important PR mentions of your brand has never been more difficult, and the old model of media monitoring is struggling to scale to this new, connected world.

The term social listening, or social media monitoring, is somewhat of a misnomer.

Originally devised as the means to track online authors as a campaign tracking tool to complement traditional PR services, the gradual decline of print media now means that online PR measurement has grown to be equally as, if not more, important than the much slower, lower volume print/broadcast tracking.

Staying alert to mentions of your brand the moment they are featured in a news story from one of the top 10,000 news outlets is critical to anyone working in PR – either to react and respond to any story you might wish to influence, but also to measure the effectiveness of your releases in general. 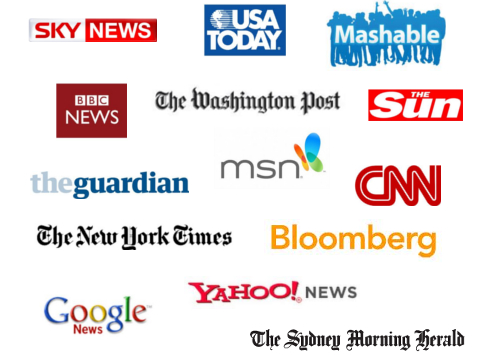 Social media monitoring platforms can easily help you understand which publications ran your campaign, how widely they were talked about, and which people were involved in the conversation.

You can also discover how press clippings that different campaigns managed to generate, by segmenting and classifying each mention by type.

Using an authority score by Internet expert Moz, we can see that mentions in the media can be ranked and quantified, not just by how many there are, but also how quality they are.

As shown in the chart below, each news site is rated between a 0 and 10 – with 10 being the most authoritative – and you can easily spot at-a-glance the quality of each news mention.

Some months may not deliver on volume of news hits, but they may well be successful when only measuring premium clippings – July 2014 may not have generated as large a volume of news clippings as March or September, but it did generate plenty of high quality ones.

The table beneath shows which news and blog sites that Capital One, which sponsors a major football tournament, were mentioned on over the two months, allowing PR managers to keep track on brand reputation and stay abreast of the key topics relating to the brand in the public domain.

It’s sorted by volume, meaning the publications that mention the brand most are featured first, but you could instead choose to filter by authority or other criteria.

Getting closer to the journalists themselves is also a critical part of media monitoring, so with social listening platforms you should be able to isolate journalists and discover more about what they talk about online – this can also be inverted to identify the most influential journalists writing about a particular topic or brand.

Expanding this to social media influencers is also something made possible with social listening platforms, and dissecting different demographic insights from conversation data is also an increasingly important aspect of PR tracking.

These are just a few ways that social listening technology is contributing to the evolution of media monitoring.

This article should illustrate how the opportunities to do better PR and get a tighter grip on PR measurement have never been greater, thanks to the advent of the internet and the tools that have developed as a result.

To see why modern PR professionals are using social listening to enhance campaign tracking, request a custom demo of Brandwatch Analytics to speak to a PR expert.