The Brandwatch React team returns to rank the most influential men and women on Twitter 2017 with influencer data. Who will win, politicians or pop stars?

This time last year the Brandwatch React team named the most influential men and women on Twitter.

Brandwatch uses a vast database of names to understand the gender of the person behind an account. Where the algorithm isn’t sure it doesn’t assign a gender.

For this research we used Brandwatch Audiences to search for people that Brandwatch identifies as male and female and then ranked them using influencer metrics.

Let’s get straight to the point.

Here are the top five most influential men and women on Twitter according to Brandwatch Audiences. 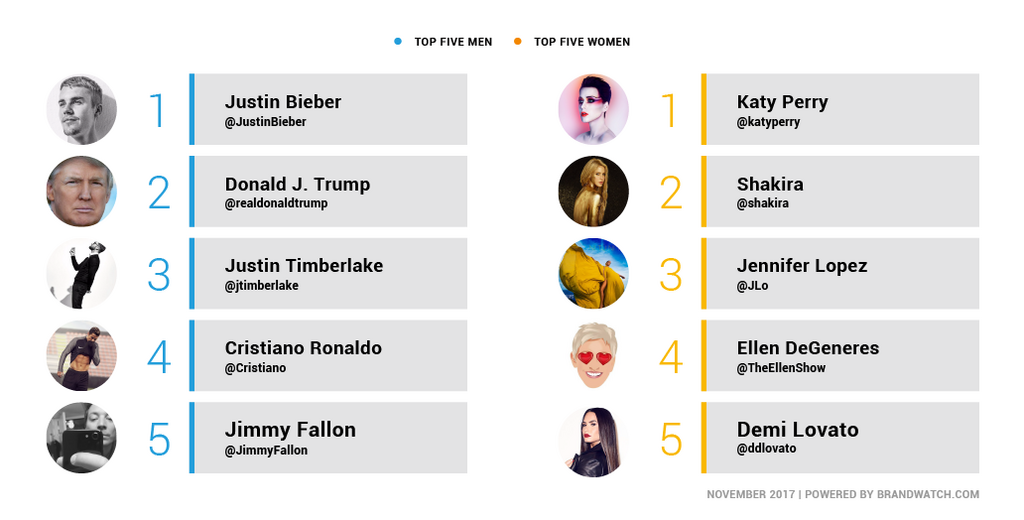 Yes, that is Justin Bieber appearing above the President of the United States.

A closer look, and the long lists

You might not be surprised to find out that Bieber is more influential than Trump on Twitter (he does have double the number of followers, and he was also our most influential man last year).

However, you might be surprised to see 1D star Niall Horan – according to this, his solo career appears to be going swimmingly. His former bandmate Harry Styles comes in at 11th just after the Prime Minister of India.

Notable names from last year’s list who didn’t quite make the top 10 this time include Kevin Hart, Zayn Malik and Kanye West.

While the men’s top 10 saw some new faces, the women’s list was more of a re-shuffle. Katy Perry climbed to the top, joining Shakira, Demi Lovato, Ellen Degeneres, Haruka Nakagawa, Britney Spears and Alicia Keys in moving up or maintaining their spots compared to last year. Meanwhile JLo, Selena Gomez and Oprah Winfrey slid down places in the influencer chart. Adele made it in last year but not this year – she’s now rolling in the deep depths of being number 11.

Of course, regardless of who moved up or down, each of these women are hugely influential in their own right.

A notable account in the top 10 is @haruka_nkgw10 who maintained her position on last year. While she has significantly less followers than the other women on the list, her ability to generate engagement with the wider community has earned her a spot.

Some will look at these lists and scowl. Internet influence isn’t important, they’ll say. What a load of trivial *&$%(@, they’ll say.

Meanwhile some will look at the list and see hope – the young artists of the future rising above established power, speaking their truths and being heard.

Some, like me, will take this list with a large pinch of salt and note the subtle changes year-on-year as interesting signposts to how the Twitter conversation has changed. They’ll see the overwhelming influence of celebrity above political leaders as something that comes with social media but also highlights the power of these pop culture voices in the circles young people exist in. And they might note that while left-leaning celebrity voices like Katy Perry’s may not have swung the election towards Hillary Clinton in 2016, their influence among young people may be a factor to watch as Twitter’s younger base grows up.

Are you a journalist looking to use our data? Email us at [email protected] for more information 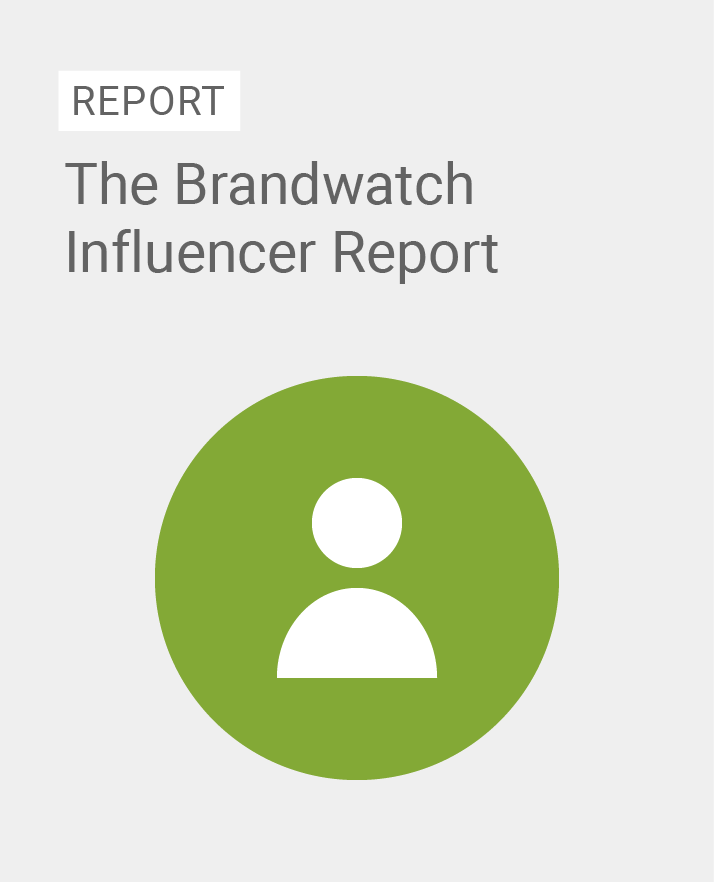