The past two decades have marked an important change for television networks.

DVDs, DVRs and online streaming have all ascribed to a similar purpose: providing audiences with more flexible and immediate access to content.

For consumers, the shift toward streaming is means they’re provided with a better product: entertainment content that can be consumed at any time.

Yet at the same time, networks have given up even more control over what audiences watch and when they watch it.

Social media has introduced changes of a similar vein.

Networks’ audiences now have a platform to easily communicate with friends or other fans. As such, fans and critics have gained even more influence over what content is introduced to the general public and how the dialogue surrounding shows and movies carries forward. 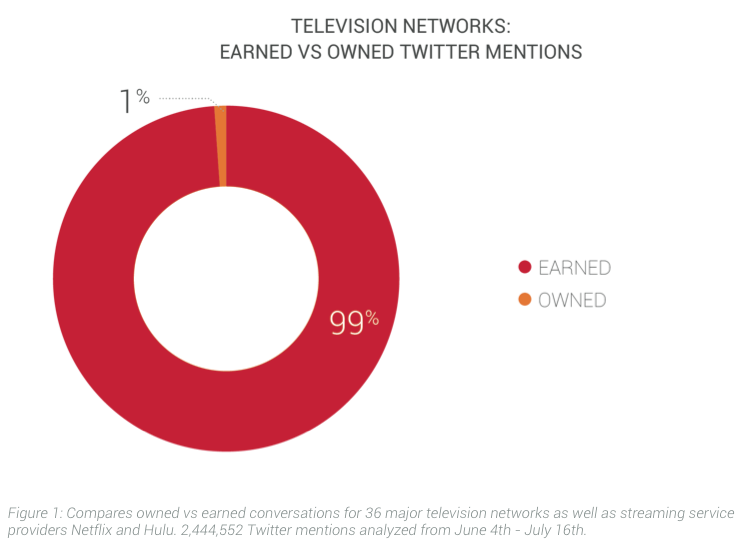 Audiences control the remaining 99% of conversation published on Twitter.

That finding emphasizes how much consumers now rely on their peers to discover, discuss and evaluate new shows or entertainment.

Yet that 99% of earned conversation provides brands with important opportunities to understand their audience and their reactions in real time.

The latest Brandwatch report, Social Insights on the Television Network Industry, analyzes the social presence of 38 networks to understand the way the way they interact with audiences and how networks can effectively leverage social media data to better inform their marketing and business strategies.

As an industry, television networks are exceptionally effective at attracting interest online and communicating with their audience. 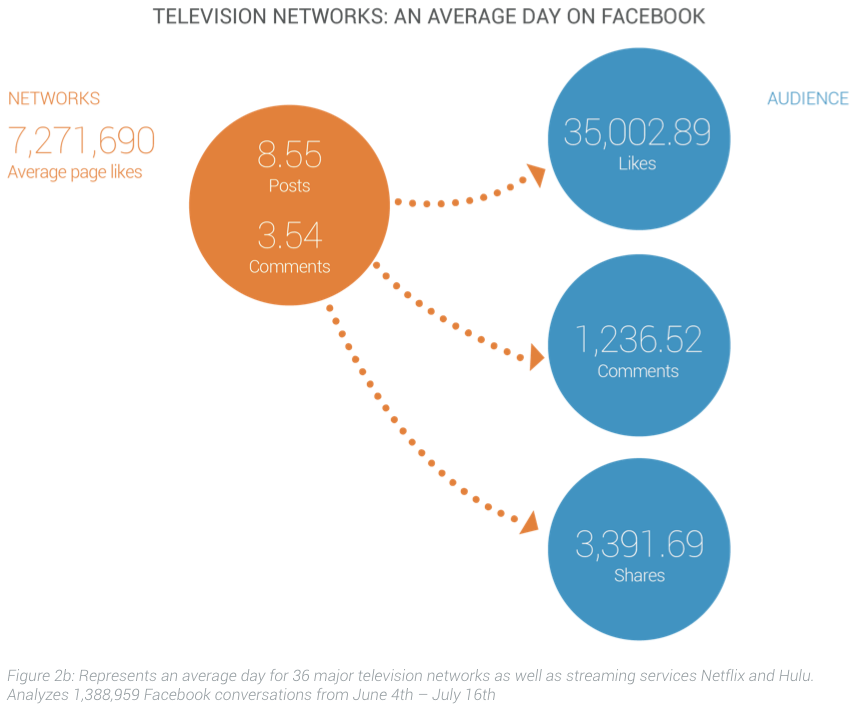 The industry outpaces that of Restaurant, Food & Beverage, Nonprofit and Retail brands in this regard.

An analysis of their response rates reveals that they’re quick to reply to their audience’s comments and questions. 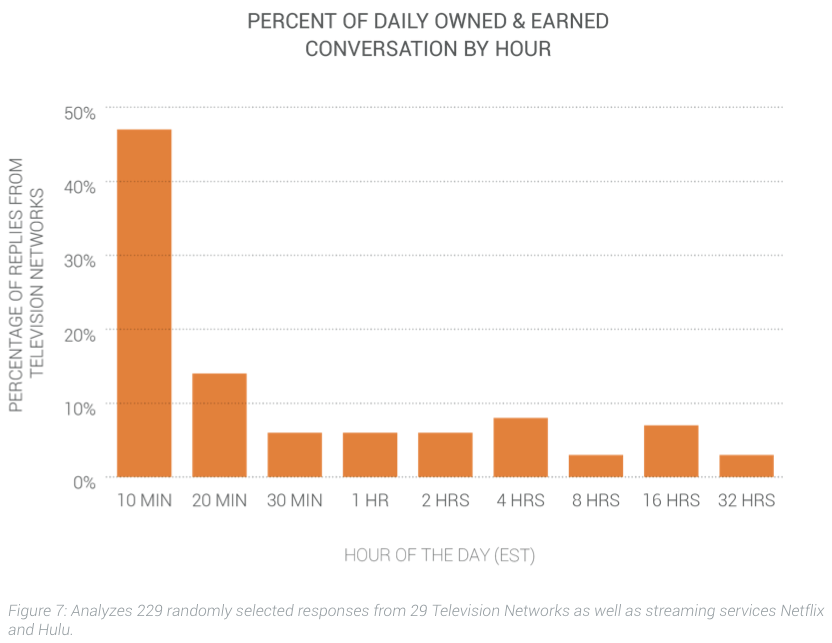 47% of networks’ responses occurred in under 10 minutes.

73% of responses occurred under one hour after the initial comment or question.

Certainly, networks are effectively staying on top of their audience’s questions and concerns. A further analysis comparing owned and earned conversation over the course of a day only reinforces that idea. 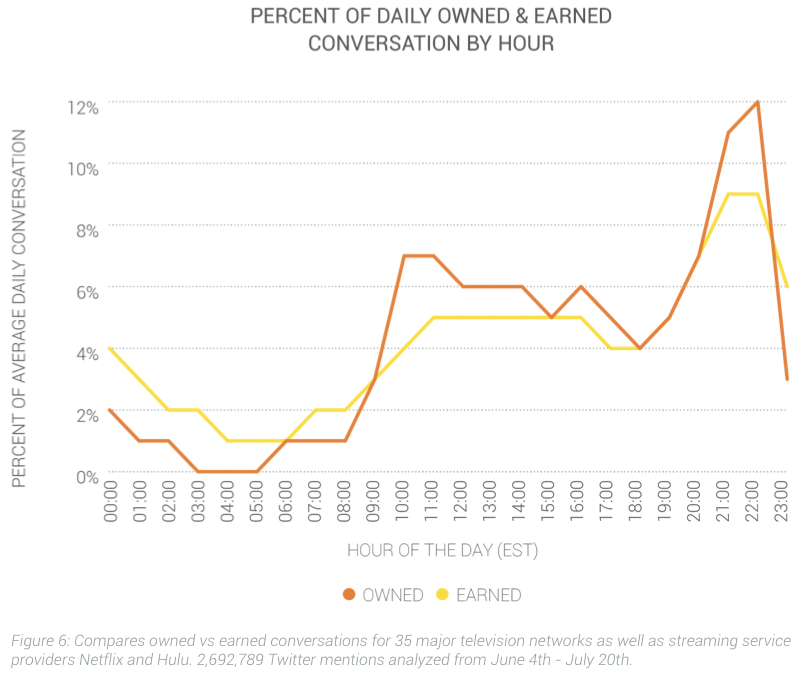 The trend of networks’ owned content is impressively similar the trend of mentions directed at the networks.

Most importantly, tweets from both audiences and networks peak during primetime television.

That insight reinforces research from Deloitte, which found that while watching TV, 32% will surf the web and 26% will use social media.

A new way of watching

For today’s fans, a large portion of the entertainment and excitement surrounding television programs exists outside the TV screen.

Viewers want to share their reactions with friends and fellow fans.

For networks, that conversation provides an immense opportunity to understand what drives emotional reactions from their audiences and to amplify that excitement.