2013, one brand stood out in the Super Bowl social stakes with its deft, nimble digital marketing.

For the following 12 months you couldn’t sit through a social media conference without hearing their name invoked, like some kind of touchstone – say the name three times (OREO! OREO! OREO!) and your next tweet will go viral!

2014, the game had barely started and there was a morass of brands proudly tweeting insider photos of their command centers, jousting with other brands, hoping to lure attention from the second-screening millions that were half-following the game.

In terms of progress, it is apparent now just how the CMOs of major Fortune 500 brands get the realtime marketing opportunity, and have invested in it.

You can see evidence of progress in the campaign efforts, the behind-the-scenes photos of people and screens and set-ups. The multi-million dollar ads now all carry hashtags.

This is important stuff. It is also pleasing to see how the advertising community is enjoying the adrenaline rush, the challenge, this isn’t just digital in a ghetto any more. It looks like social at scale.

That’s good news for us at Brandwatch – we have some serious skin in this particular game. At least 5 of the biggest brands in the USA were powering their ‘command centers’ with Brandwatch analytics and our visualisation product Vizia.

Here’s one we are allowed to talk about. 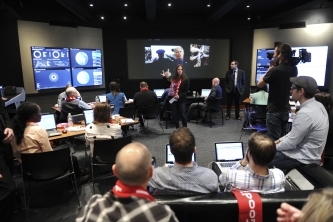 This is progress. Right?

On the one hand, yes. But for those with high expectations there was a sense of disappointment too.

While the TV spots drove huge engagement on Twitter, realtime efforts rarely got any real traction. 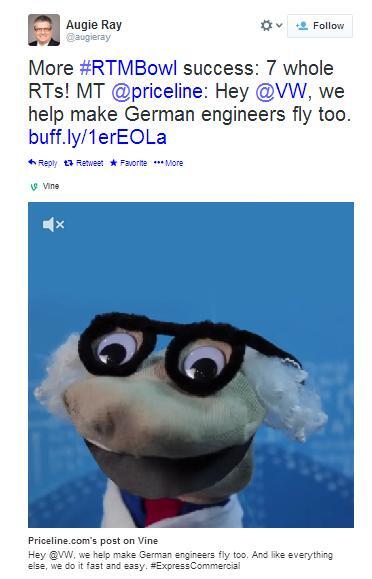 And as a few insiders pointedly remarked, too often this felt like marketers showing off to other marketers.

In fact, the #RTMbowl conversation, intended to highlight great examples of realtime marketing, turned in on itself and became practitioners cutting apart one anothers’ failures.

The biggest takeaway of all though was that being ready to operate in realtime isn’t an edge today.

What the Super Bowl has given us is a benchmark.

Between XLVII and XLVIII what happened was a pack of leaders out in front equalised one another. They reached a stalemate. That is worth acknowledging.

There were enough of them competing for the realtime attention that it felt crowded, it felt tough, it was hard work out there.

The platforms and processes and prep, of which we at Brandwatch are delighted to be a part of, gets you to the starting line. But that isn’t enough.

Perhaps it’s another lesson in that timeless lesson (the one we need to learn over and over!): that it’s all about creativity.

The great thing about creativity is that it can’t just be easily matched. It can’t be equalised. It is an edge too unpredictable and unique to be matched by the pack.

Oh, and as no doubt has been written up and will be talked about at this year’s conferences: for me Oreo won again by opting out. 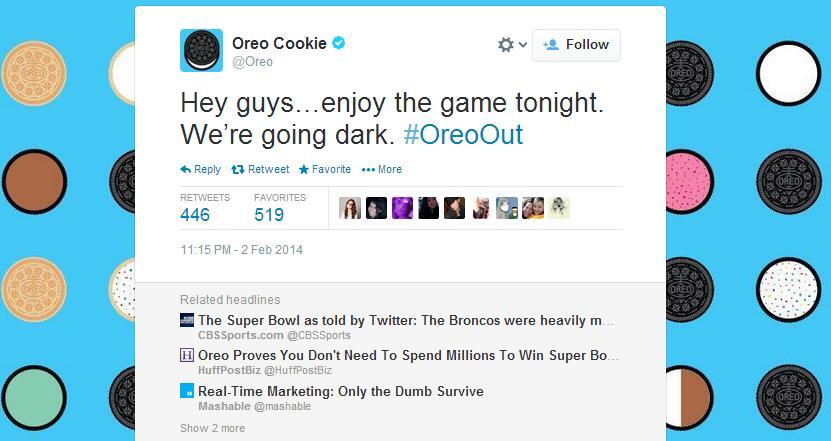