Microsoft dominated the internet yesterday, with its much-anticipated launch of the successor to the Xbox 360. With a torrent of fanfare in the build-up to the 6pm BST announcement, we decided to keep an eye on the official #XboxReveal hashtag for the hour of the event.

We also thought it would be a good chance to show the kind of instant information you can gather from Brandwatch straight out the box, though the real level of insight that can be gleaned boggles the mind so greatly that it would be careless to even write it here, for fear of too many minds getting blown. We save that for our resources page.

A staggering 248,789 tweets including the hashtag were posted on Twitter between 6-7pm BST last night, from all over the world. Americans led the way, with 51% of all mentions originating from the States, with the UK responsible for a further 20%.

But what was the response? Well, the professional writers were quick to analyse the impact of the reveal, with most siding that the announcement was on the underwhelming side.

The public, however, were more split in their opinion. Of all emotive conversation – the chatter with strong sentiment one way or another – it was almost even, with just over half adding positive comments on the reveal. 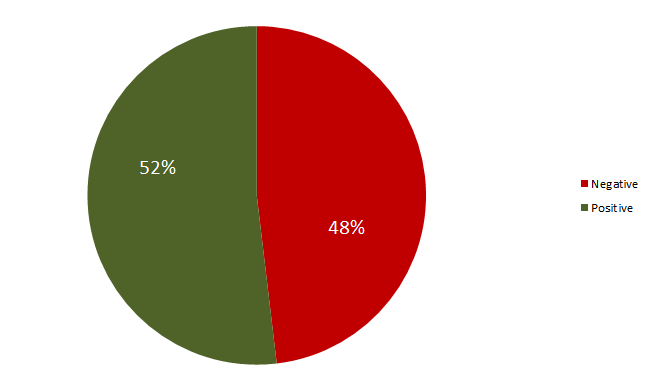 Looking more closely at some of the negative mentions, it appears as though issues with Kinect are at the forefront of the criticism. 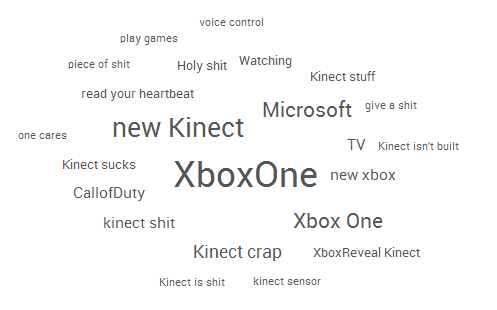 A common topic among all of the mentions was actually the competition, with thousands of tweets commenting on Sony and its rival console. Most were negative towards Microsoft, with tweeters declaring their decision to side with the PlayStation 4, though many others said the reverse. 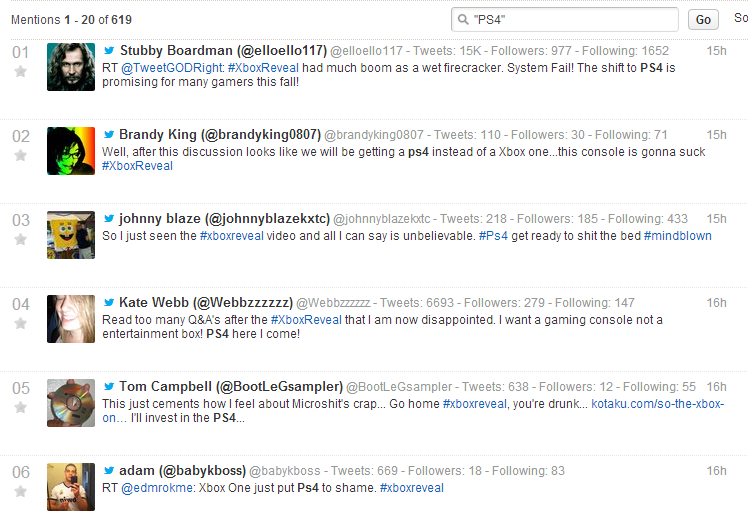 Other major topics of discussion were Halo and Call of Duty, both central titles in the press event, though neither drew particularly strong negative or positive discussion.

One method of communicating beyond words is through emoticons. A look at the top emoticons used with #XboxReveal confirms that the slight majority of people felt positive about the announcement, though the sadface also ranks highly.

It may be too early to draw any conclusions as to how successful Microsoft will be in shaping the perception of its new console, which will reach consumers by the end of the year, though the early signs are that the reception could not be more split – among the public at least.

More information and news from the tech giants may help change people’s minds, but for now Microsoft have lots to do and it’s all to play for. If you’d like to see how this kind of analysis can be done for yourself, get in touch and we’ll show you how you can drill much, much deeper into the data to find meaningful insights.