Ask an Analyst: How Do I Use Exclusions to Get the Most Relevant Data?

We ask an expert analyst how he uses Brandwatch to exclude mentions in his Queries - pick up some top tips for free!

A question I hear a lot is about the use of the NOT operator in Brandwatch dashboards , and how that differs from using Brandwatch lists.

If you’re already a Brandwatch user, you may be familiar with their lists: site lists,author lists, location lists. These help you group sites, authors and locations so you can later filter your data based on the lists you’ve curated.

However, if you have a dashboard and you exclude authors via an author list, or if you exclude them right in the Query (using the author: operator ), you’ll get the same result: you won’t see mentions from those people anywhere in your dashboard.

I’ve seen a few Brandwatch users filtering lists out instead of using the NOT operator to exclude mentions, mainly when it comes to long lists of parameters (authors, locations or sites).

For instance, if you have a really long list of authors, you can add them to a list which you can use to quickly filter their mentions out instead of dumping all of those names in the Query – especially if you don’t have enough space left in the Query Builder.

So, what’s essentially the difference between the two? Are there any advantages in using the custom operators rather than filtering out by lists?

Excluding or filtering out?

Lists don’t really exclude mentions, they merely filter them out, and that makes a huge difference.

The NOT operator makes sure that Brandwatch doesn’t pull those mentions at all if they’re from the authors/locations/sites you don’t want to see.

On the other hand, the author list looks at those mentions you already have, finds the mentions that match those lists, and hides them from your dashboard .

All your components will update accordingly: figures, charts, everything else. However, take off the author list exclusions and you’ll see those mentions again.

So, which one’s better?

Lists are a great way to filter your data, but you should really use them for more than just permanent exclusions.

If you’re unsure of which option to go for, chances are you can use more effective ways to exclude mentions, like the following:

Can you afford to have Brandwatch collect those mentions, even if you’re not going to need them later? If you already have a small data allowance, or you’re struggling to stay within your monthly allowance, then perhaps you should just exclude those mentions from those authors/locations/sites at a Query level.

Does anyone sharing the same project need to see those mentions? If you’re sharing a project with other people then you might not want to “tamper” with a shared Query, and have your own lists to exclude mentions you don’t need instead.

Other users sharing that Query might need to see those mentions after all, and any changes you make to the Query will affect everything that it powers (dashboards, alerts, Vizia screens etc.).

Does the list of authors make you go over your Query character limit? Brandwatch has a limit of 5,000 characters per Query.

While that covers most of your needs (especially with the advanced operators , which we’ll talk about in the next post), you may run out of characters if you have a really complex Query (and I know a thing or two about those).

If that’s the main reason why you’re considering using lists, the first thing I’d recommend is reviewing your Query. You may be using a lot of space unnecessarily: try and condense your Query if you can, by using the advanced Boolean operators.

So, for example, say we want to exclude all Buzzfeed Twitter accounts from our Query. There are at least two things we can do:

Instead of listing all Buzzfeed accounts (there are quite a few of them ), we can use the “*” operator, so, by writing NOT author:buzzfeed*, Brandwatch will exclude all Twitter accounts that begin with Buzzfeed (and most of Buzzfeed Twitter accounts do). 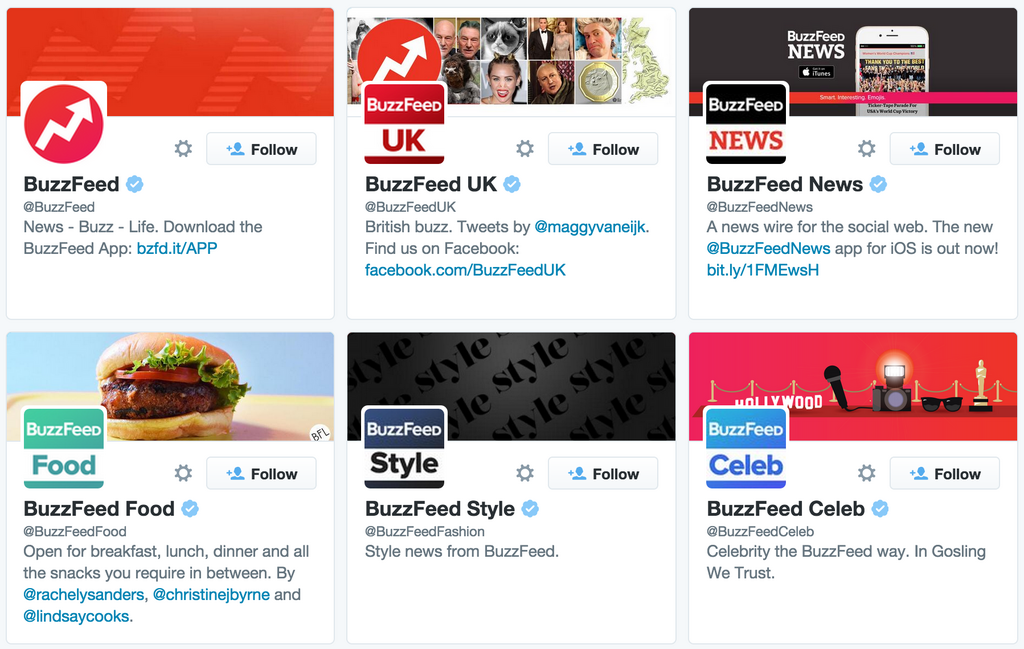 However, if you’ve ran out of characters in your Query and you really need a few more, use Rules to delete the mentions you don’t need.

Rules are a clever way to use an extra 5,000 characters on top of your Query. You can keep your Query as it is, and then list your exclusions as a Rule that deletes all mentions that match your Rule Query.

Another tip is grouping all the authors together.

While most Buzzfeed Twitter accounts start with “Buzzfeed”, there are also a number of “secondary accounts” that don’t follow that rule (e.g. @YrBFF , @CocoaButterBF ).

Instead of writing “NOT author:” every time you want to exclude an author…

…you can group them all by writing…

(cue: distributive property .) That’ll save you a few characters.