Hiring for the Future: Building a Team Fit for a Social Business

We take a look at how modern enterprises structure their social analytics teams, and how they hire the right kind of people to populate them

Marketers, insights and analytics types at the world’s top agencies and brands often have something of an identity problem. The buzzwords of yesterday have become the jargon of today – social, digital and interactive teams have continued to struggle to find the right language to describe the work that they do.

But there’s something deeper ticking in the minds of those working with social data than just the nomenclature.

Selecting which kind of candidates to bring into social data analytics teams remains a big challenge for employers, and determining the best ways to structure the unit is the kind of conversation that just won’t go away. 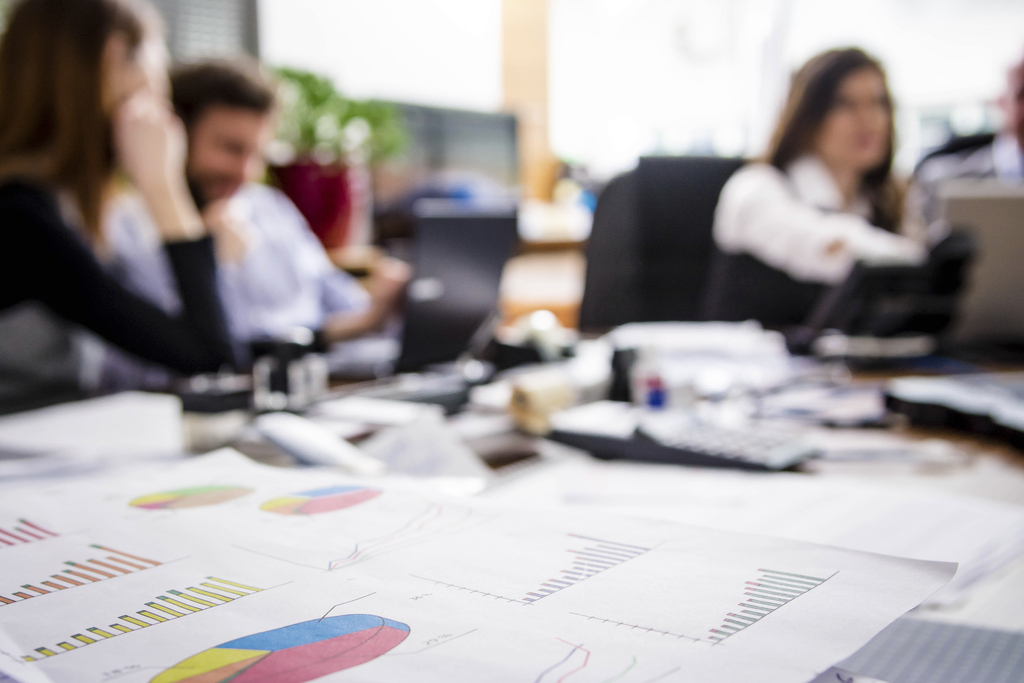 The broader objective, more often than not, is to reframe the company as a truly social business. This is a firm taking the maximum advantage of social media in its many guises, with social data seamlessly integrated into the operations and decision making at every level of the organization.

Perhaps the most notorious take on the structures behind a social business is a proposed model set forward by Altimeter’s Jeremiah Owyang, first published in 2010.

In it, Owyang outlines what he sees as five distinct forms of structure inside major enterprises: Organic, Centralized, Coordinated, ‘Dandelion’, and ‘Honeycomb’. The underlying rationale in the model is that firms move from left to right as they grow more sophisticated in their use of social data.

Briefly, the different stages can be described as such: 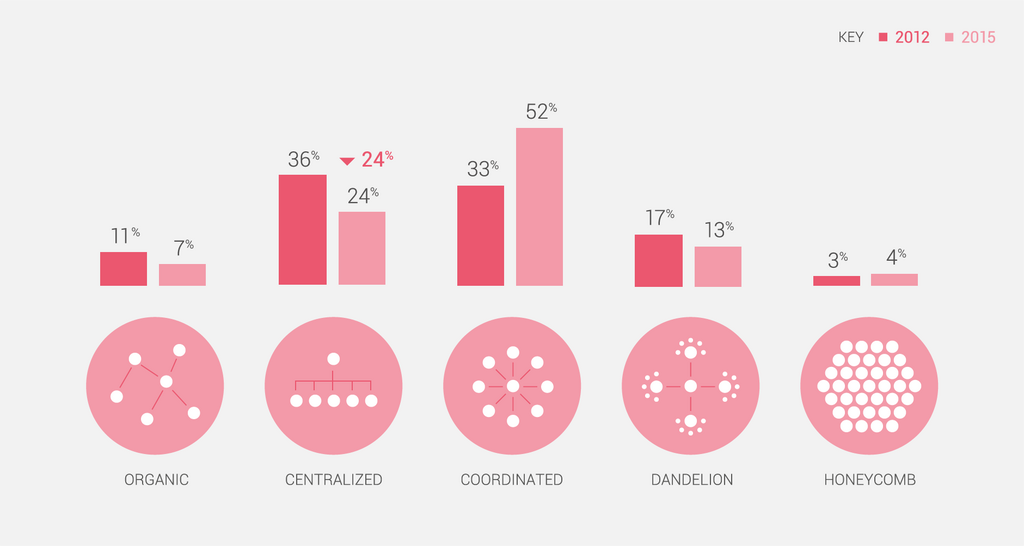 Analysis is undertaken periodically to map where US businesses currently sit among the various phases of maturity, and the shift is slowly taking place across the marketplace. It will be extremely difficult for companies to reach what Owyang labels as fully socially enabled, but the principle of integrating social into as many departments with as many applications as possible has resonated strongly across the sector.

As is the case with any model, the reality tends to map slightly less neatly to the framework.

Do businesses really begin with a handful of disparate champions before gradually working towards a center of excellence? And how do these teams structure themselves in reality?

One brand taking the centre of excellence approach is an American homeware manufacturer that has a setup not unlike Owyang’s Coordinated stage – now the most common structure at US enterprises.

This manufacturer has its central team, Digital Strategy and Innovation, work with social data alongside other analytics functions.

Combined findings from these datasets are then tailored and distributed to different business units. The services each department requires tend to vary, as the logistics, objectives and marketing tactics differ wildly with each unit. The central team are able to directly deliver, or otherwise help facilitate, the systems and reports each of those divisions need – for example the hospitality and plumbing departments’ recent ventures into the command center space.

Another company setup in the Coordinated structure is the largest insurer in the US, by some measures. As is the case with many large corporations, the firm did not wish to disclose their identity publicly, but a top-level view of their setup does reveal a slightly different perspective than the manufacturing business. 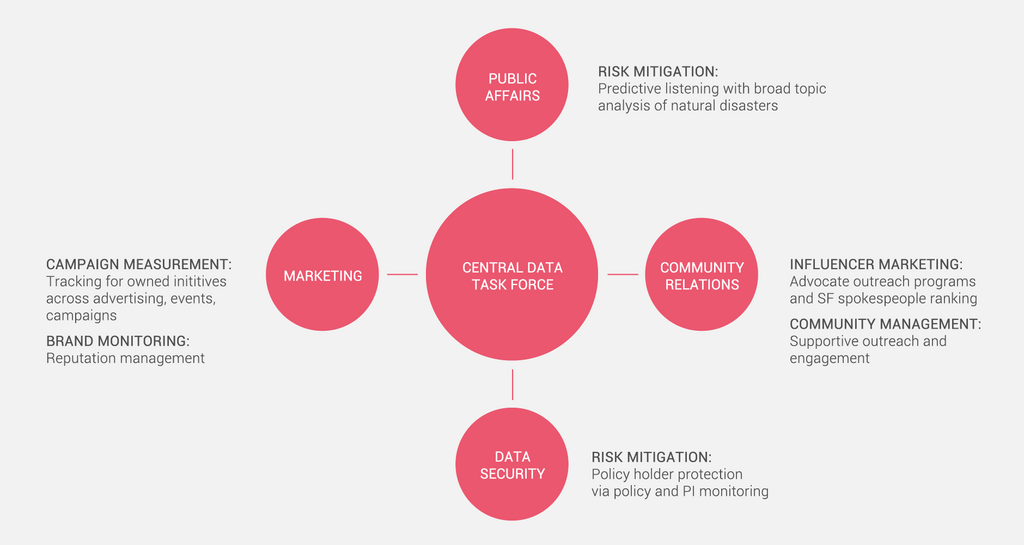 However, rather than service different business units, it is structured to deliver insights to function teams. Marketing, for example, are provided with a slew of reports and programs designed to help measure the ROI of their activities.

The PR and security teams are more focused on crisis management and use the same data for different purposes. Having centralized influence over how social data is employed across the enterprise helps keep standards aligned, and the expertise gathered centrally tends to leak into other teams, both deliberately and organically.

It’s a clever way of stimulating company-wide continual progress in terms of digital transformation that keeps most of the innovation and new knowledge acquisition to a smaller team, rather than deploy a cumbersome large-scale program to a big pool of staff.

This particular setup is frequently employed by firms, at least in the West, and can be witnessed in places such as FMCG giant Unilever’s ‘People Data Center’. Other examples include the Red Cross’s ‘Digital Operations Center’, or in the German banking group Sparkasse’s central team, which it calls ‘Sparkassen-Finanzportal’. 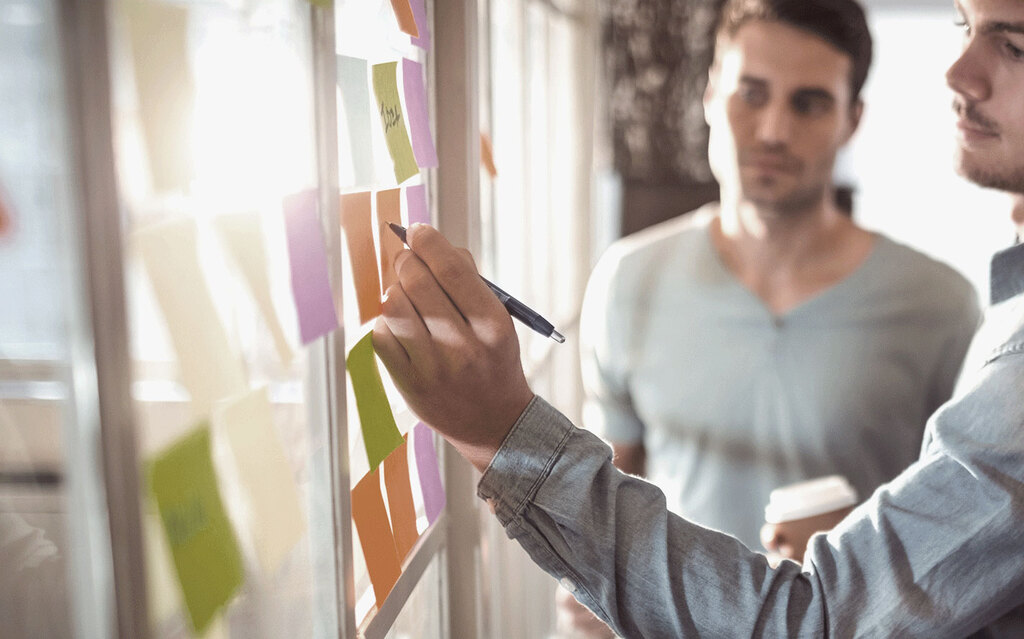 To try and get a complete overview of how teams are structured to socially enable the world’s biggest brands is difficult, due to the wide variety of the business models and cultures of each firm.

What is clear though, is that an increasing number of brands – in fact, more than half – are directing their social data operations from a centralized point, whist still encouraging autonomy for each department.

This is empowering a single team to enable each function, business unit or even geography to adapt and take advantage of social in the ways that are most relevant to them.

Structuring your organization for social business is one thing, but it means nothing without the right people in place. Selecting the personnel that will help accelerate the social business project critical.

Research from Gartner suggests a headcount of around seven to eight people per billion dollars of revenue should be hired to work in analytics, and typically two of those will be working with social data. So for most of the Fortune 1000, this means a sizable number of  headcount will be dedicated to social analytics.

The same research also revealed that half of companies are expanding these functions too, with many building within the center of excellence approach.

Naturally, most centers of excellence (or equivalents alternatives in other structures) will seek to hire analytical minds. Yet for businesses to be successful, it’s not as simple as looking for data scientists with a strong quantitative background.

Many organizations are now placing more weight on the charisma element. The best analysts will leave evidence that they have a gravitational pull, and as education and upskilling grows to become a more important part of the role, firms are hiring people that can convince and persuade just as well as they can use a spreadsheet.

Many organizations are providing guidance to data scientists on how to make results easier for managers to digest: storytelling, for example, is now becoming a standard part of analytics training curricula. At the same time, data scientists are using increasingly complex and sophisticated techniques. The net effect is that efforts to make analytical results easier to use is not keeping pace with the growing complexity of analytics.

Building a team of passionately curious makers and doers will help surface results you might not have expected, as well as place more emphasis on the actions that happen as a consequence of any insights uncovered.

Yes, people with backgrounds in analytics and data science are awesome. Yes, attention to detail is essential. Yes, they may often come from typically left-brain academic programs. What none of that will give you, though, is this fearsome will to beat the puzzle. Find those guys.

WILL MCINNES, CMO AT BRANDWATCH

Andy Frawley is CEO at Epsilon, an organization of over 5,000 employees that describes itself as ‘a global marketing company’.

He believes getting insights from this data spread effectively across the enterprise is at least as important as the skills involved in actually extracting the meaning from it. This means he’s much more focused on hiring those with a less technical background to sit alongside those from a more traditional data science skill-set, especially as analytics technology becomes much easier to use.

A lot more can be done through data visualization. And even some of the tools that bring predictive approaches can be used by a less technical person. When we get in the hardcore machine learning and stuff like that, those tend to be people with more advanced degrees.

Another dynamic that plays into this thinking is that a lot of these analytics need to be in real time, particularly where social data is concerned. This creates a greater need for technology-driven insights, rather than more human-driven analysis.

Before, somebody would say, ‘I want to build a model to predict who is going to open a mortgage,’ and we’d spend six weeks building a model and another six weeks deploying it. This stuff has to be happening all the time in real time now, because that’s the pace at which consumers are acting now. And that drives a very different cadence from a marketing standpoint.

There are conflicting views about which demographic pool is the best to draw from to get this ideal science-meets-marketing team of analysts to power your social business activities.

Look for people who speak digital without an accent. Digital natives or immigrants are both fine as long as they have full digital citizenship.

Striking this balance will, in the right conditions, give social data the respect and fluidity it merits, but also retain the healthy scrutiny of the insights it offers. Employees with a background in data outside of social will question the validity of some of the more spurious findings from social, while also helping instil a team-wide acknowledgment that the data isn’t perfect.

Younger, digitally native staff will bring an agility and consumer nous that has become essential to remaining relevant in the 2010s, which when coupled with their inherent understanding of the digital landscape will give added context, depth and value to the output of the team.

It’s clear then that most teams will be a diverse mix of experiences, backgrounds and skills. Finding those kinds of individuals can be a challenge. However, because of the comparatively young status of social analytics divisions, it’s wise to look for graduates and those early in their careers – hijacking those that might have been destined for more complex data science careers and upskilling them towards roles that befit the current needs of a social insights team.

As we’ve been looking at this data scientist role, we have found it very hard to hire those people. So our approach has been much more to develop them ourselves. We do a lot of college recruiting. Not exclusively, but we have a lot of good experience hiring young people right out of school. I had 150 college kids this year, and one of the tracks that we put them on, if they have the right sort of aptitude, is that data scientist track.

Unsurprisingly, there is no fixed methodology for structuring and building a world-class social analytics operation.

The specific requirements will differ with each organization’s particular internal culture, its objectives and of course the ambitions and attitudes of the leadership.

Despite that, there are some emerging best practices in how some of the world’s most successful businesses are approaching the field, and as more companies experiment with novel and untested implementations we can expect to see continued change in the next couple of years.