The Economist & Brandwatch Vizia: Capturing the Pulse of a Live Event

Earlier this month, The Economist held their inaugural Pride and Prejudice event focusing on the business case for LGBT diversity and inclusion.

The global conference took place in one day across three cities around the world – Hong Kong, London and New York.

The Economist used Brandwatch Vizia, a real-time social intelligence hub, to amplify the online conversation beyond the three locations and capture the world’s reaction to the debate during the 24-hour event.

Founded in 1843, The Economist publication covers current affairs and cultural events to a circulation of over 1.5 million.

Throughout its history The Economist has been a committed advocate of human freedom.

The publication boldly put the case for gay marriage on its cover in 1996, a strong statement that cemented The Economist’s belief that discrimination on grounds of gender or sexuality is not only morally wrong but bad for business and the economy.

Interview: In Conversation with The Economist on Social Intelligence

Bringing the Pride and Prejudice event to life

The initiative of the Pride and Prejudice event was to catalyze fresh debate on the economic and human costs of discrimination against the LGBT community.

The event attracted over 200 leaders from the worlds of business, politics and society including Tesco, Shell and the CIA. 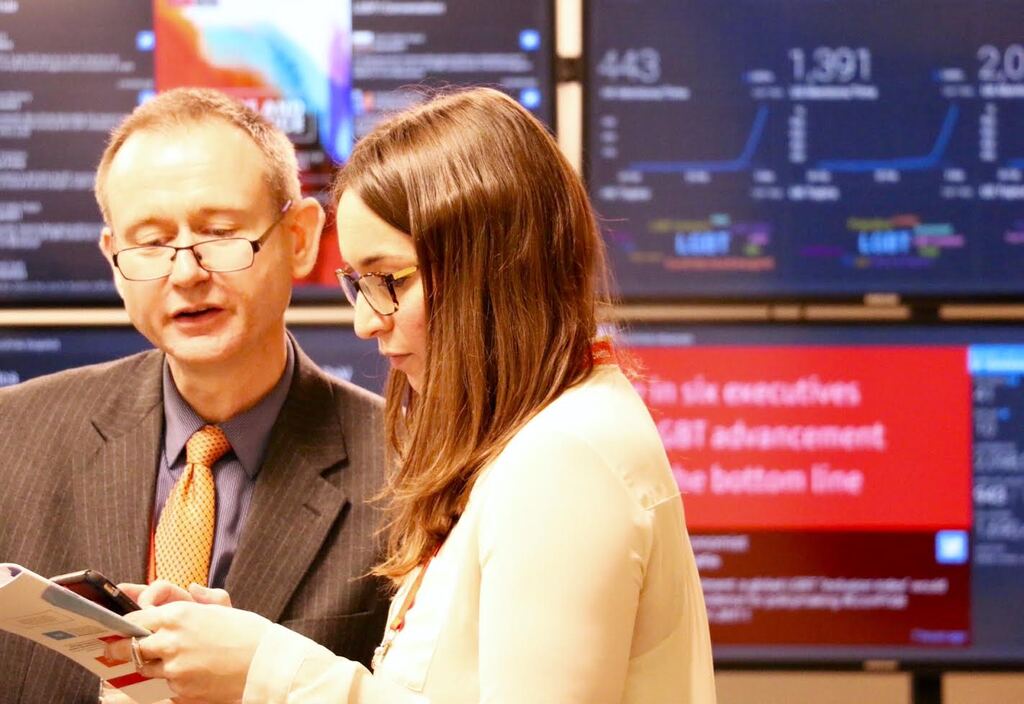 Retired NBA player Jason Collins, who became the first male active player in any of the four major American professional sports to announce that he was gay, spoke on a panel about whether athletes and leaders from the sports world can play more prominent roles as allies in the fight for inclusivity around the world.

In Hong Kong, leaders from McKinsey & Company, Google and IBM shared insights on how, as global organizations, they develop best practices in managing across cultures for LGBT inclusiveness and how they operate in markets where being gay is taboo or even outlawed.

Although a global event, with physical meetings across three locations and continents, geography restricted how many people could attend the events.

Knowing LGBT discussion is a popular topic across social media, The Economist wanted to harness the power of social data to amplify the messages and reaction from the event.

The wider public were encouraged to join the conversation and connect with attendees and speakers on Twitter using the hashtag #EconPride.

‘It’s so important for us to amplify the message beyond the room. We really value and utilize social media as a tool to get to a much wider audience.’

To help visualize the engagement from the event across social media, The Economist used Brandwatch Vizia at the event.

‘Brandwatch Vizia is a way of taking data and bringing conversations to life.’

The event was a huge success and fresh, valuable debate was encouraged throughout the day.

Brandwatch Vizia tracked the online reaction to the event and continues to track the response to LGBT issues for The Economist.

The success of the event will hopefully lead to future events around this topic, and Brandwatch will continue to support this important issue.