Micro-influencers are on the rise. They may not have big follower numbers, but they still can be incredibly valuable for brands.

Do you remember the festival that never happened and which shook the influencer marketing field?

In 2017 big celebrities promoted the event to their fans and hundreds of enthusiastic music fans traveled to the Bahamas only to experience one of the most awful festival experiences in history. The Fyre Festival became famous not only for the fraud but the celebrities promoting the festival.

It damaged the trustworthiness of influencer collaborations, especially with big names. Brands became more careful with their collaborations and they discovered the benefits of smaller influencers, the micro-influencers.

Authenticity and trust are key to win new customers and one benefit of micro-influencers is that they are seen as trustworthy. With micro-influencers you can reach people in a more authentic way. Social Media is becoming a more and more difficult place to cut through the noise and ads are often seen as untrustworthy and annoying. In 2022 27% of Americans on the internet are using ad blockers compared to only 15.7 % in 2014.

A smaller follower base isn’t the only difference that sets micro-influencers apart. They often concentrate on a niche. Their content is much more focused on a specific topic, like plus size fashion or cycling gear, and so are their followers. They follow the influencer because they are interested in this niche topic. They are more likely to engage with the influencer content compared to followers of big accounts.

They are also seen as experts in their field, and their opinions have a higher impact on their community. It’s no wonder working with micro-influencers is becoming more popular among brands. In a survey from Linquia in 2021, 90% of marketers said they want to work with micro-influencers (this number is up from 80% in 2020).

Let’s have a closer look at why brands should work with micro-influencers.

Why should brands work with micro-influencers?

Micro-influencers have a more engaged community

Micro-influencers are experts in their fields

As said above, micro-influencers usually focus on a niche. People follow them because they are experts in their fields and they want to learn more about a specific topic. Micro-influencers are passionate about their content and engage with their community. They are seen as more authentic, relatable, and honest than macro-influencers.

For that reason, their followers are also more open to their recommendations. 82% of consumers say they are highly likely to follow advice from micro-influencers.

Micro-influencers have a more targeted audience

How to choose the right micro-influencer

Choosing the right influencer is key. Micro-influencers should share your values, and their tone of voice should match your brand. Influencers can boost your brand awareness and sales but choosing the wrong one could damage your reputation. When influencers and brands have nothing in common, followers will be confused at best, angry at worst about the collaboration, and ultimately won’t trust the recommendation.

A good first step, before choosing a micro-influencer is to have a look at your influencer marketing goals. What do you want to achieve with your campaign? Is it increased brand awareness? Are you launching a new product? Are you trying to increase sales? Looking to get more reviews? Always keep your goals in mind before you reach out to influencers. In our blog ‘How to Develop an Effective Influencer Marketing Strategy’ you get an overview and useful tips for developing a successful influencer marketing strategy.

I’ll leave you here with a quick checklist of questions you should answer before picking a micro-influencer.

Things to check up on before choosing an influencer:

You can set different filters in your search to get a list of influencers that fit your criteria, like follower count, engagement rate, location, or influencers that cover a specific topic. In Influence, you can search in a pool of more than 30 million creators. Apart from finding micro-influencers, you can also manage your influencer relationships and measure the success of your campaigns. You can find out more about Influence here.

Manage all your influencer marketing in one place

Discover influencers, handle relationships, and manage campaigns — all in one end-to-end solution. 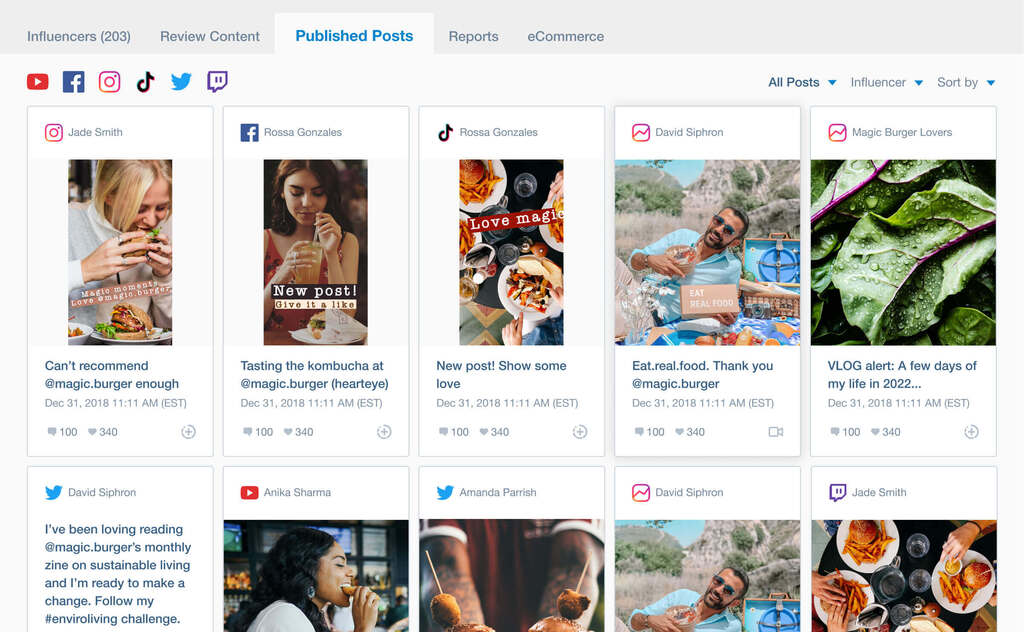