Brandwatch and KickItOut Team Up To Expose Online Football Abuse

Brandwatch have teamed up with Kick It Out, football's equality and inclusion organization to publish research revealing the true extent of football abuse.

Brandwatch have teamed up with Kick It Out, football’s equality and inclusion organization and Tempero, a social media management agency, to publish research revealing the true extent of football-related hate crime across social media.

The eye-opening study covers all strands of discrimination posted across the 90 million web sources tracked by Brandwatch between August 2014 and March 2015.

The top line figures are truly staggering and show the volume of football abuse Kick It Out are dealing with:

The types of discrimination abusers are using: 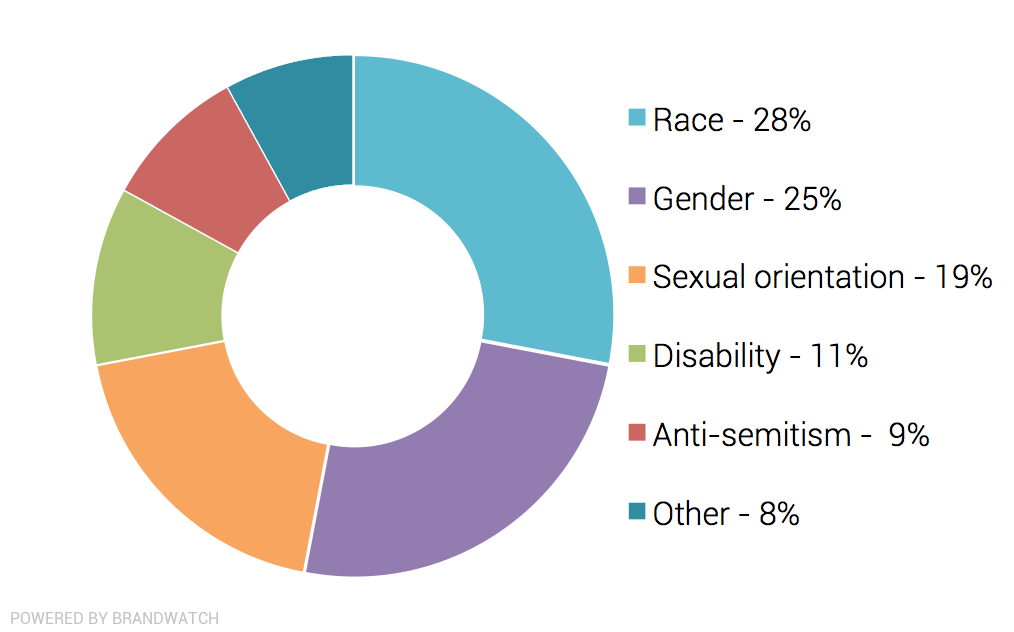 Race and gender make up over 50% of all abusive mentions online, ahead of sexual orientation, disability, and anti-semitism discrimination.

Chelsea receive more online abuse than any other Premier League club, with the leaders subject to 20,000 abusive posts. In fact the top two clubs, Chelsea and Liverpool, make up 42% of abusive mentions aimed at Premier League clubs. 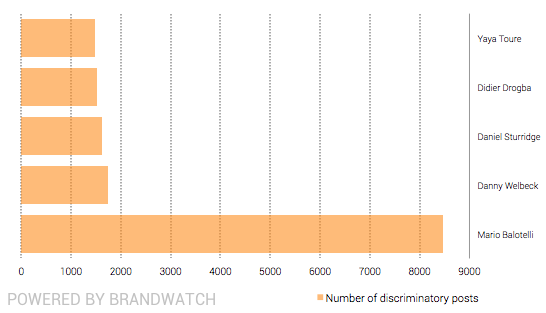 Of the 39,000 discriminatory posts directed towards Premier League players, Liverpool striker Mario Balotelli was targeted the most.

The location of the abuse: 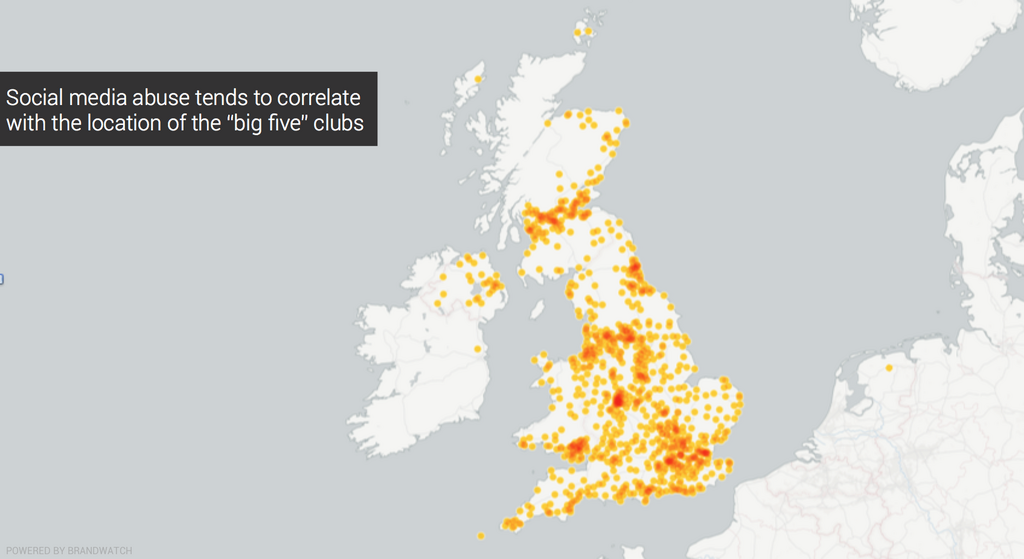