50 Years of Doctor Who: Listening to Audiences Around the World

Find out who is the most popular Dr Who actor on social media along with a bunch of other data-filled facts about the beloved TV show.

Any true Whovian will tell you that a very important event is taking place this Saturday.

Doctor Who is turning fifty, so to celebrate we’ve entered the tardis of data to find out what fans have been discussing in the run up to the much-anticipated anniversary of The Doctor.

Since first airing in 1963, Doctor Who has been shown in over 50 countries around the world.

New Zealand was the first country to broadcast the British programme in the ’60s, with other countries soon following suit.

Social media, as we’ve discussed many times before, has transformed how we communicate with each other, but has also opened a window for organisations to listen to the real conversations of real people.

This is a great advantage to broadcasters who want to see how shows resonate with different audiences, and how that might shape future content.

Doctor Who is an interesting case study when evaluating the global nature of television and social media listening.

For this article we decided to analyse the data from six countries who know their cybermen from their weeping angels, to find out who is their favorite doctor and how excited they are for the upcoming special.

Global Chatter on The Doctor

Conversation surrounding the show has reached fever pitch over the last month, with over 1 million mentions identified in English from those six countries alone.

The US and the UK dominated the discussion, with over 63% of the mentions originating from the US.

Chat coming from New Zealand, Australia, Canada and Ireland made up the remaining 7% of the total Doctor Who conversation. 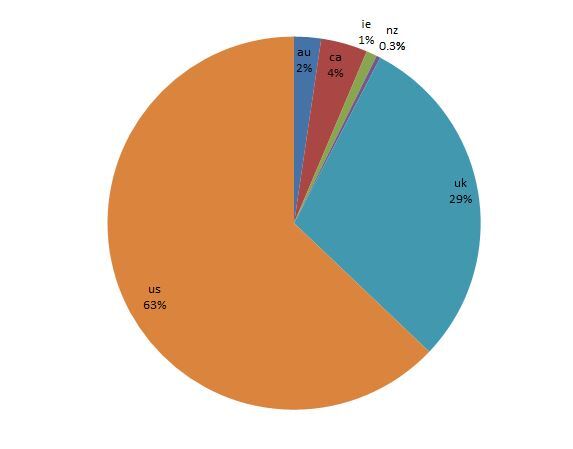 Twitter appears to be the platform of choice for Dr Who fans., with over 86% of the conversation about it online occurring on Twitter.

Fans have even created profiles dedicated to the series with their Twitter handles reflecting their love for The Doctor.

The Day of the Doctor

In the 50th anniversary episode, three incarnations of The Doctor will all appear on screen at once.

However, all of the previous doctors have been widely discussed online in the past month. 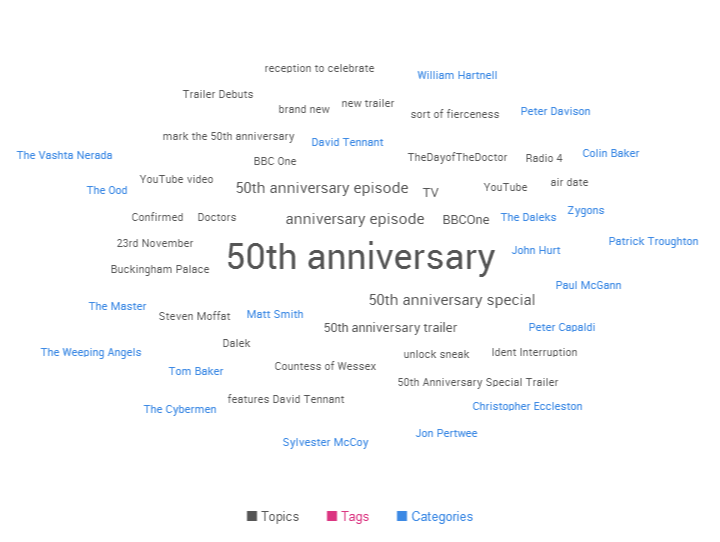 Hashtags for the episode vary slightly from country to country, with #drwho, #doctorwho and #dw50 all frequently used.

Fans in Australia are vocally excited that Event Cinemas will showcase the programme on the big screen.

We found that topics surrounding the episode differed due to location. Localized special events generate buzz in Twitter communities but do not create a global trend.

Over the years there have been eleven actors who have taken on the role of the infamous time lord.

Peter Capaldi was revealed as the 12th doctor earlier this year, who will regenerate from Matt Smith after his final episode this Christmas.

Commenters were quick to discuss their feelings about the actors, but which doctor is talked about positively the most frequently?

Well, it seems all six countries are agreed that Matt Smith is the best doctor (or at least talk about him warmly the most) – perhaps no surprise as he is currently in the hot seat!

The next most positively discussed actor was David Tennant, while the third most popular incarnation was Tom Baker, who was a doctor in the ’70s. 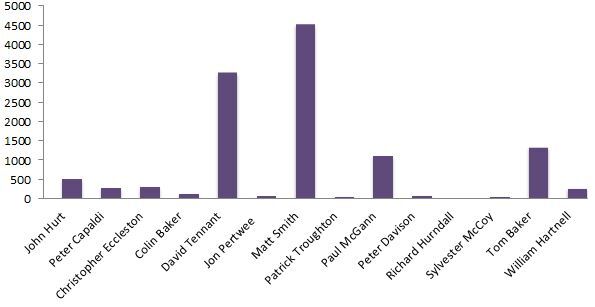 However, there were a number of regional nuances. The UK’s favorite doctor is David Tennant, while in New Zealand they prefer Tom Baker over all other incarnations.

Paul McGann is rather surprisingly the third most popular in the US, Canada and Ireland although only appearing in a Doctor Who television movie, not in a series.

The release of a mini-episode starring the actor last week has seen his popularity peak dramatically with the fans.

However, there is only one villain that still has viewers hiding behind their sofas: The Daleks, who were the most mentioned enemy of The Doctor with 73% of the overall chatter on monsters. 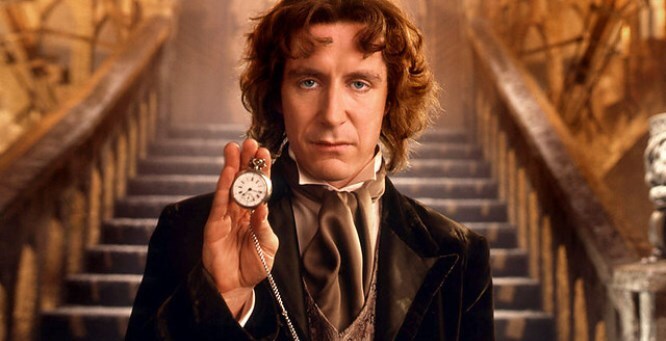 An interesting finding from this research is that Dr Who, though quintessentially British, is most popular in the US, and that each market has different nuances.

Some prefer different doctors and different villains, but deeper analysis might reveal different ways to tailor the content in each region, or at least know best how to produce and message in marketing assets, like commercials or trailers.

It could be used to generate new marketing strategies using popular actors or change storylines to reflect the audience likes or dislikes.

Knowing who your key demographics are and what they want to watch is an important element of broadcasting, and one which is often obtained via limited samples. Social media tracking offers a vast amount of data that can be shaped to to suit the needs of the user.