Game of Thrones in Data: The Character Connections Drawn by Tweeters

Do our tweets reflect alliances or bitterness between characters in the show?

The Brandwatch React team have produced so much Game of Thrones content over the year’s it’s bordering on gratuitous.

In this post, we’re examining connections between characters in Game of Thrones based on the frequency with which they are tweeted about together.

We’ve taken all the Season 8 characters that have their own hashtag emoji and used Brandwatch Analytics to find out which characters are used in the same tweets most.

These connections were measured between 13 April and 12 May (between episodes one and five of the final season).

Here’s the messiest version of the connections map, and we’ll make sense of it below. 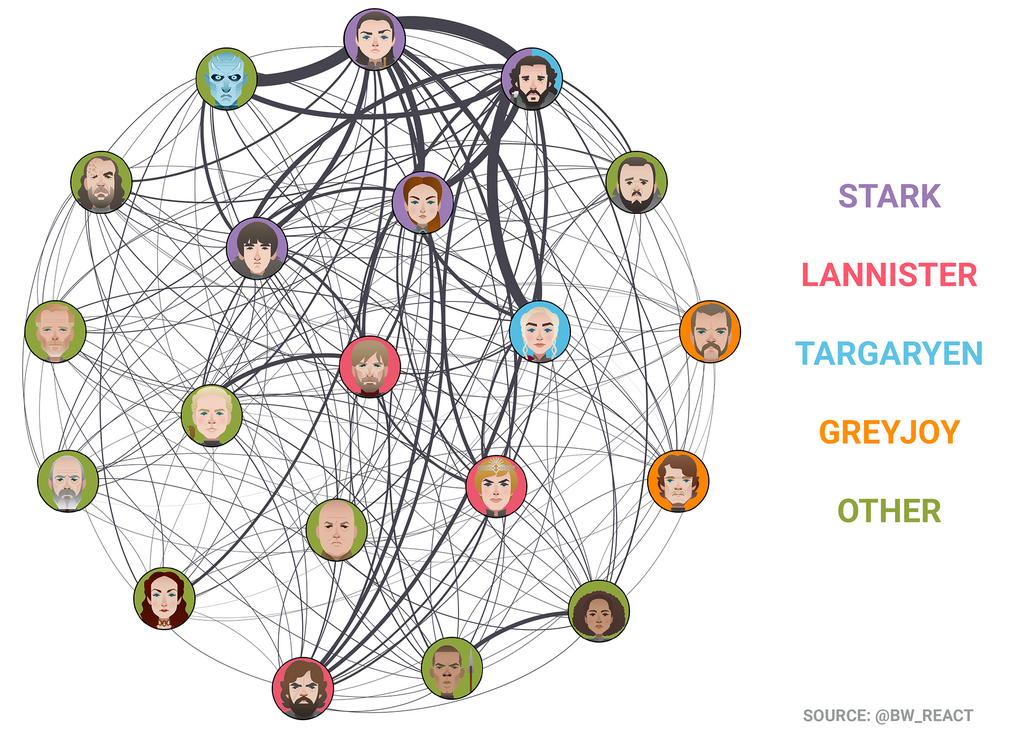 Let’s start in the most obvious place – the strongest of bonds forged by tweeters using character hashtags.

Many people are talking about Arya and Jon, Arya and the Night King, and Jon and Daenerys in the same tweet, but it’s not really any wonder – these characters are all integral to the plot. 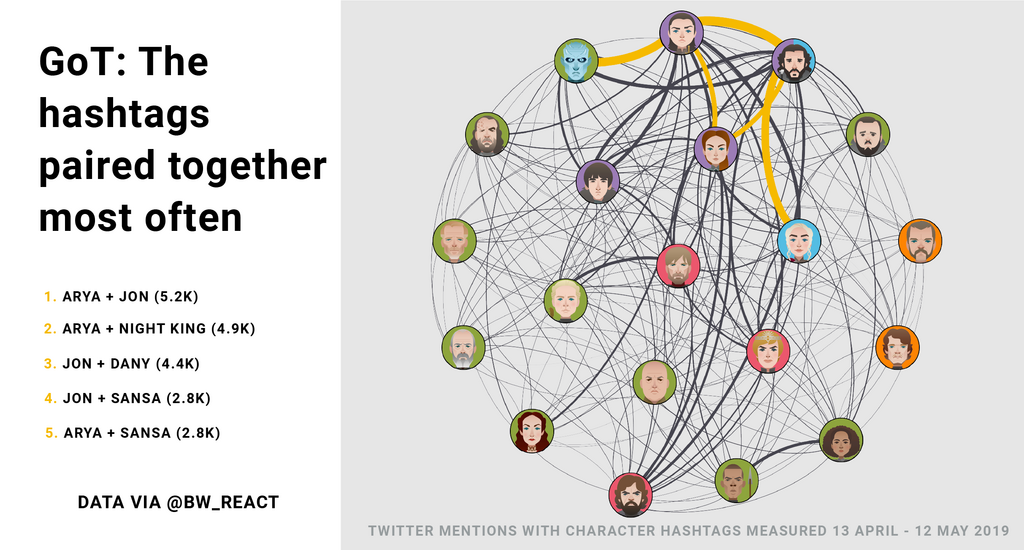 Despite Dany being part of one of the top three connections, she also makes up part of all three of the weakest connections between characters.

Are people just not interested in the connection here, or are we just lazy? After all, #DaenerysTargaryen is not an easy one to type out compared to others.

Say what you like about the Starks, but they’re a family full of characters – characters that are seen together in tweets far more than any of the remaining major houses in the show.

The number of tweets containing both Arya and Jon’s hashtags outnumber those with Jon and Daenerys’. 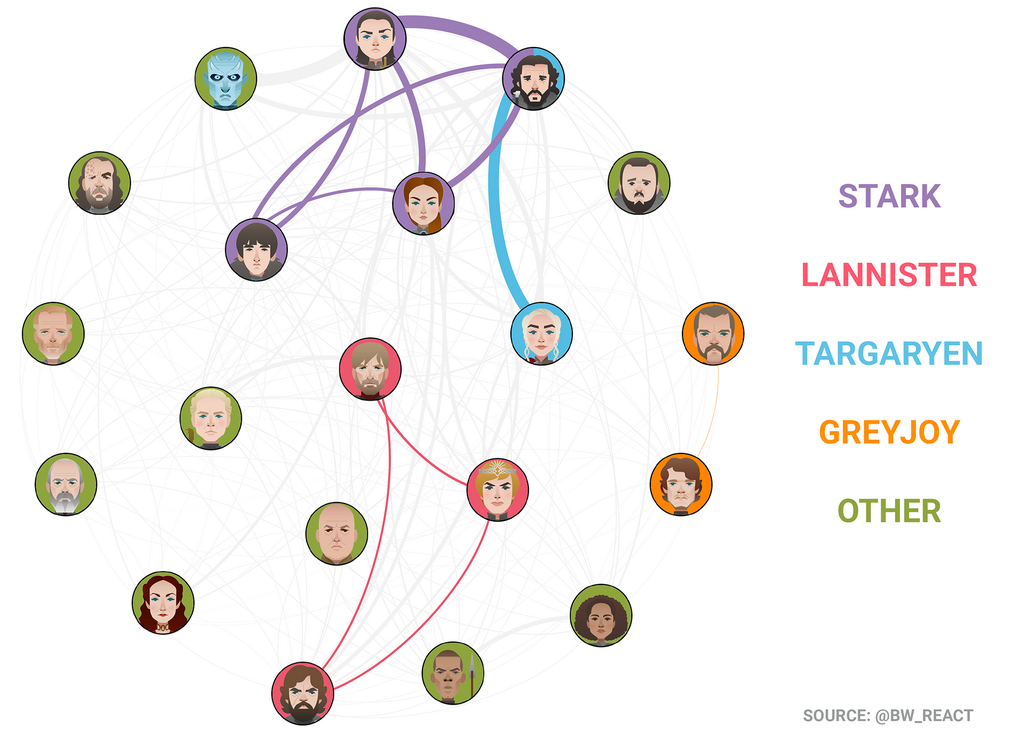 Meanwhile, over in the Lannister section the ties are pretty weak indeed.

Even after Tyrion and Jaime’s emotional hug ahead of the battle at King’s Landing, even after Tyrion confronted Cersei ahead of Missandei’s beheading, and even after Jaime and Cersei were reunited as the Red Keep crumbled, they still have nothing on the Starks.

Meanwhile, Euron and his nephew Theon have hardly any connection at all. It seems tweeters aren’t too bothered about discussing their relationship.

The influencers in the network

The people who have the most connections with other characters are:

Here are each of their connection maps below. As you can see, Sansa is well connected to her family members, but she also shares a strong tie with both Danaerys Targaryen (who she has famously clashed with) and with Tyrion Lannister (who she nearly met death with in the crypt at Winterfell).

Jon’s strongest connections are with Daenerys and his brother and sisters, while he also has some fairly strong connections to Jaime and Cersei Lannister, despite them rarely appearing on screen together.

Finally, Arya, our most connected character, shares her strongest connections with Jon Snow and the Night King. She, like Jon, shares some fairly strong ties with the Lannister family, as well as with Melisandre who she met again at the Battle for Winterfell.

We wanted to see how strongly tweeters were linking up couples who had either been married or had been involved on a romantic level.

Again, the strongest couple (whether or not they last through to the end) is Jon and Dany. They’re followed fairly evenly by Brienne of Tarth and Jaime and Greyworm and Missandei. Cersei’s relationships seem to have the weakest mention volume – people are far more concerned with the perhaps more likeable characters and the tragic fates they face.

You can find our full coverage of this season of Game of Thrones right here.

Consumers Have Ramped Up Preparation For The Holidays Early in 2020