React: The Social Implications of the Extortionate Price of a Freddo

These are all words often used to describe young people, particularly in regard to their attitudes towards politics.

Politicians not reaching out to the young effectively, the way cuts to funding often punish them or the fact that attention spans are now being compared to goldfish thanks to smartphones might all be to blame, but the fact is that young people are less likely than many other groups to participate in or fully investigate the complexities of global issues and gritty politics.

This was not the introduction I had first envisaged when I set out to investigate how many people were grumbling about the price of Freddos.

Why the miserable introduction?

Because Freddos are being used as tools by young people to discuss the issues that matter. The Freddo is being brandished as a political weapon, a symbol of oppression, a measure of the effects of large and uncontrollable systems.

The humble chocolate bar which lasts just a few seconds is a rare avenue which bridges the gap between the economic intricacies of a global market and fleeting millennial interest.

That is what this article is all about.

A little chocolate frog can put everything into perspective

With a dataset of over 5,000 mentions of “Freddo” or “Freddos”, spanning from the 1st of January up to 10th of May, I was on the hunt for opinions on the controversial issue of Freddo prices, and they emerged in their hundreds. But the interesting insights came when I looked at the ways in which people framed their Freddo frustrations.

While prices vary in different regions and stores, the overwhelming fact is that the price of a Freddo has rocketed since the 90’s. Not so long ago in the UK you could pick up a delicious smiling frog for 10p (around $0.14). You’d be hard pushed now to find one for less than 25p (around $0.36).

Voucher Cloud’s Freddo Index even predicts that the price could increase to 38p by 2030 – that’s double what it should be based on inflation. 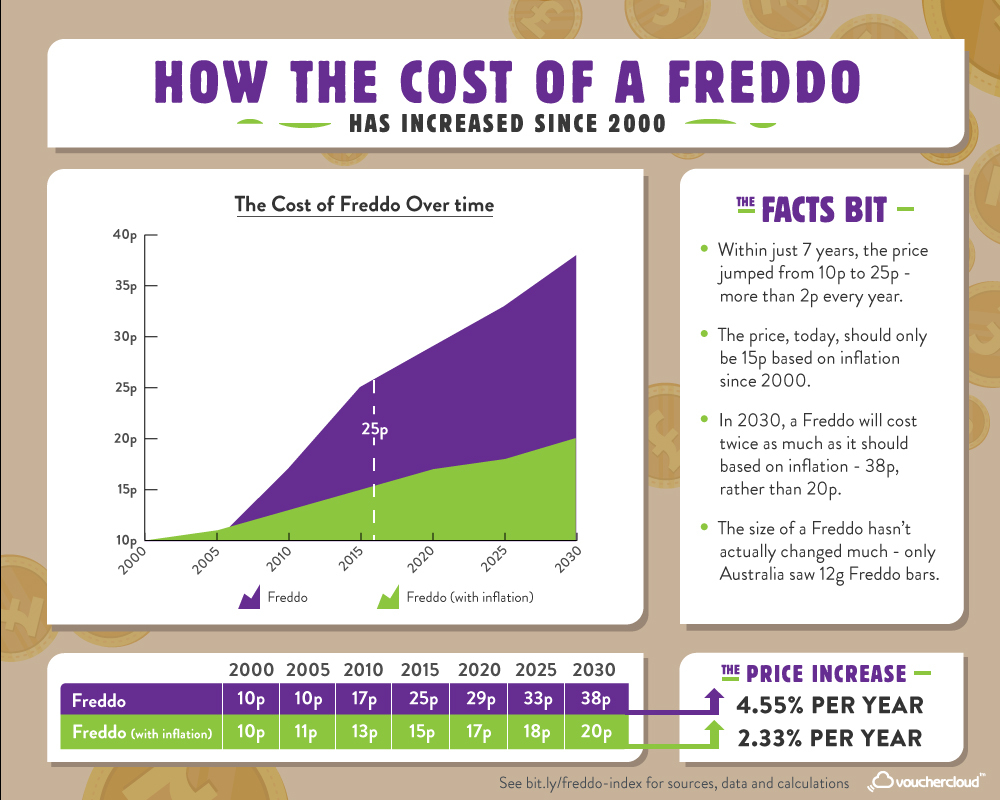 For many, this continued escalation in prices has been a defining feature of the era.

A chocolate frog might seem like an inconsequential item of confectionary to some but for others it is an important cultural artefact, the value of which is a key indicator of the state of the economy and the chocolate consumer’s place within it.

Some Freddo mentions are jokey or trivial while some illustrate genuine anger towards their own economic plight and wider global issues.

It is within this complex social landscape that our Freddo analysis is based.

The Tories’ allowance of Freddo prices to rise so astronomically has not gone unnoticed. Here are a selection of tweets from people who blame Freddo price on the Conservative government, and they’re not alone.

@David_Cameron its your fault freddos are now 25p,, I hate u

Thank you @George_Osborne, your Sugar Tax will again increase the price of Freddo’s. You are killing my dreams.

Freddo’s influence on the big issues

Many Brits frame their tweeted voting intentions on the future of the Freddo, from the EU Referendum to the London Mayoral elections. In the first instance, the Freddo is being used as a campaign tool.

Being in Europe costs us just 26p per day – that’s similar to a Freddo! Sign-up: https://t.co/VFPFgL4hNs pic.twitter.com/LgRirjJbLF

My sister: “I want to stay in the EU cos I hope the price of Freddos will get cheaper”
Clear priorities. ??

@CHABUDDYGEEZY @SadiqKhan how’s sadiq gonna bring The price of Freddos back to 10p though?

To be fair though, with the current way chocolate stocks are looking, I’ll vote for whoever brings down the insane price of freddo’s

Freddo for prince or pauper?

Some people think the Freddo is still affordable, and a fair few have had enough of people complaining.

As a loyal Iceland customer, you accept the risks when your meals have the equivalent price of a freddo. https://t.co/0k0OdJlkqb

Why does everybody moan about Freddo prices like its inflation guys

While others think things have got way out of hand.

Andrew can’t even have two Freddos for tea.

I have 49p in my bank rn, looks like I’m just eating a freddo for my tea ?

What can we take from the Freddo conversation?

Breaking down the mentions, we found hundreds of mentions of the price and political ramifications of the changing values of the chocolate frog.

We also found an incredible number of people expressing their love for Freddos.

Meanwhile, the ongoing battle between caramel and plain Freddos rages on. (We can confirm that “Chocolate” mentions win over “caramel”). 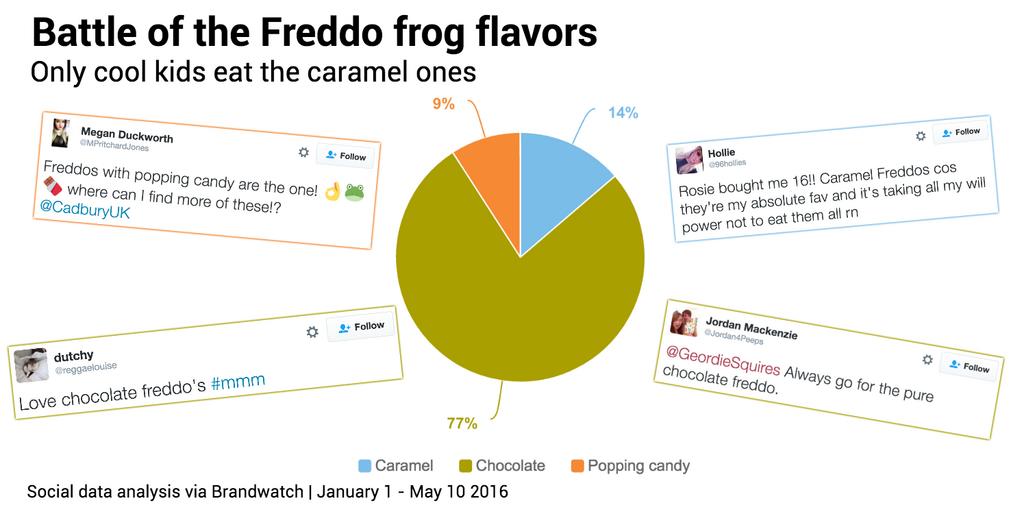 Freddos are an important signifier for analyzing our fate and we expect a huge influx of tweets as the EU referendum in Britain edges nearer.

Do you love a good Freddo? Let us know your feelings @BW_React

The Most Popular Emojis