React: Rise of the Creepy Clowns

The Brandwatch React team has mapped sightings of creepy clowns across the world. Find out if you're living in a hotspot.

Creepy clowns are taking over the world (or at least it would seem so if you’re a regular on the social medias). It’s a phenomenon with a dark side, with reports of clowns attempting to “lure children into the woods” as well as chasing people and cars around, sometimes with offensive weapons.

From clowns terrifying civilians, to scared or frustrated people attacking the clowns in McDonalds and in car parks, the creepy clown craze has been littered with violent events as well as a whole bunch of menacing (though sometimes fake) videos.

The Brandwatch React team took to the data to find reported sightings of the creepy clowns. Are there patterns? Are there really more creepy clowns out there or is everyone freaking out over nothing? We found out.

Why does it have to be clowns?

We tracked mentions of “I saw (or seen) a clown (or scary/creepy/f***ing) clown” amongst a few other variables while removing retweets and mentions like “if I saw”, “think I saw” etc. to try to get a handle on the number of actual sightings there are of these creepy clowns around the world.

While there may have been a few speculative mentions floating around in the data, we found over 2,500 mentions of the phrase with our exclusion terms. That’s a lot of sightings.

Here’s what the geo-tagged map of the US looks like. 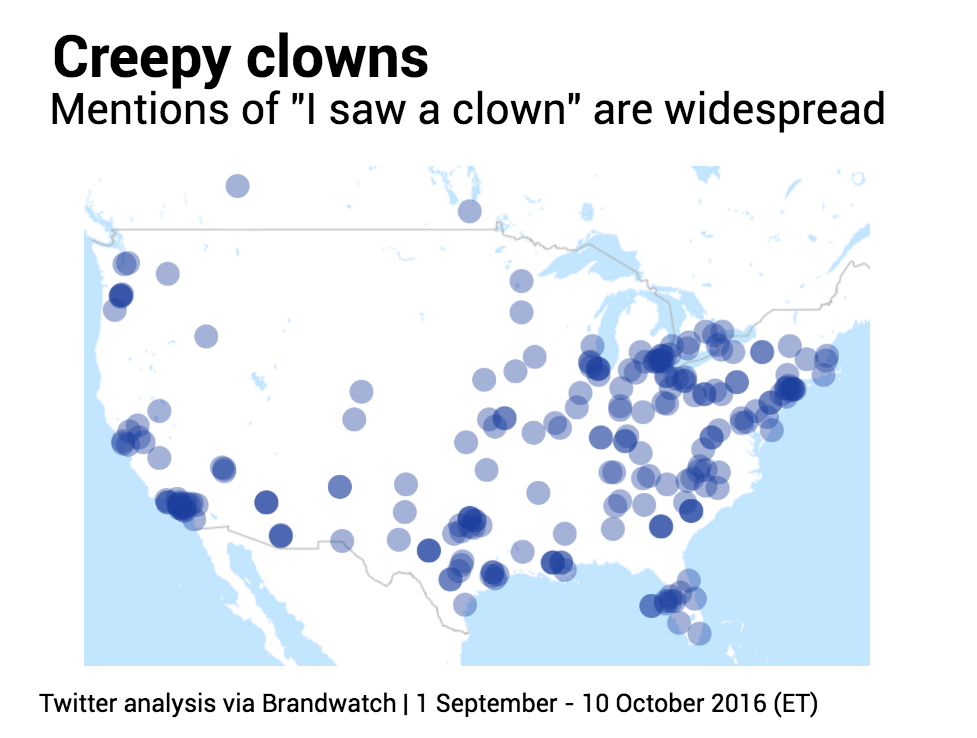 Reported sightings on Twitter peak around 10pm ET, suggesting the clowns are most frequently out at night. 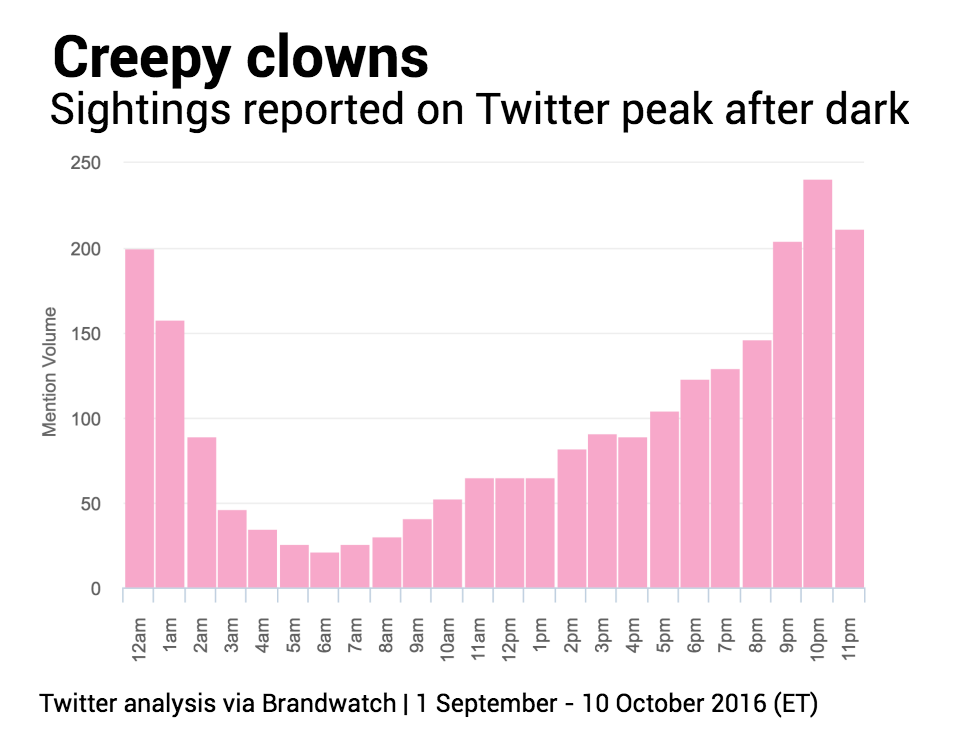 Another trend we spotted in the data was a specific brand coming up alongside the sightings.

Whether the clowns are inside or outside, the store certainly seems to be popular with them.

I just saw a clown by Walmart. No joke.

So there you have it with creepy clown patterns – thousands of sightings, lots at night, and they’re hanging around places you rely on for food. Great.

The creepy clown craze couldn’t have come at a better time for Stephen King’s “It” remake as returns to the silver screen soon.

If anyone (except costume stores) is going to be making money from this phrase it’s the makers of this movie.