The third and final presidential debate was just as lively as we have come to expect from the 2016 candidates. Foreign affairs, taxes, immigration, vote rigging, respect for women: there was a lot to get through.

However, this debate saw a phenomenon that has not occurred in any other presidential debate in 2016. That phenomenon was a positive conversation for one of the candidates: Hillary Clinton.

For the first time during the debates, over 50% of the conversation was positive for one of the candidates, with Hillary gaining 53.8% positive within sentiment-categorized mentions. Trump’s sentiment was negative at 62.4%

Clinton’s positive sentiment was due to the substance of her responses, and her defense of women. The phrase “defend women” was featured prominently in her positive mentions.

The Brandwatch React team have identified the most influential Democrats on Twitter. Find out which Democrats topped the list.

When we examine candidate mentions across gender, we see that women hold the majority of mentions for both candidates. Women contributed 56% of Clinton’s conversation and 54.6% of Trump’s.

The issues that received the most mentions within each candidate’s discussion were Foreign Affairs, Taxes and Immigration. 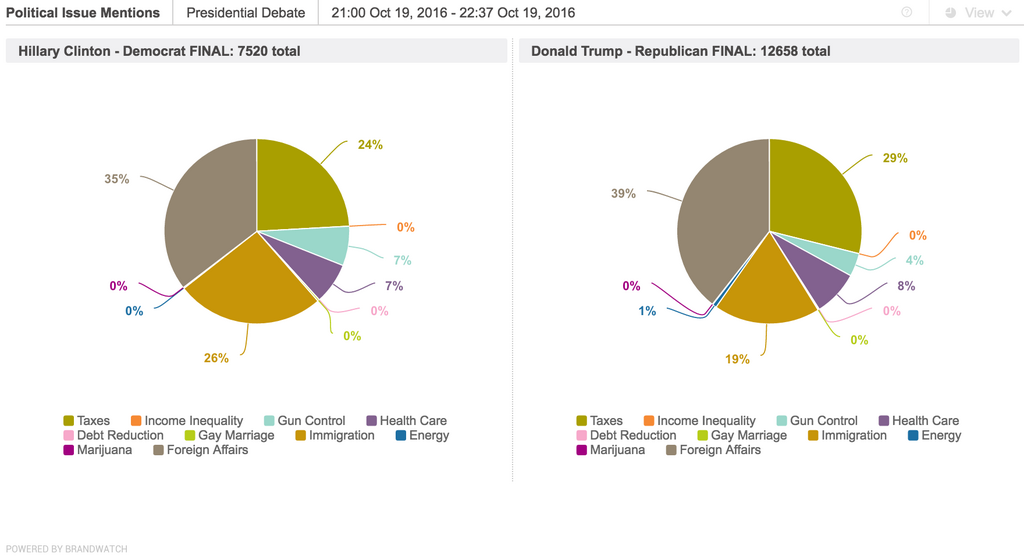 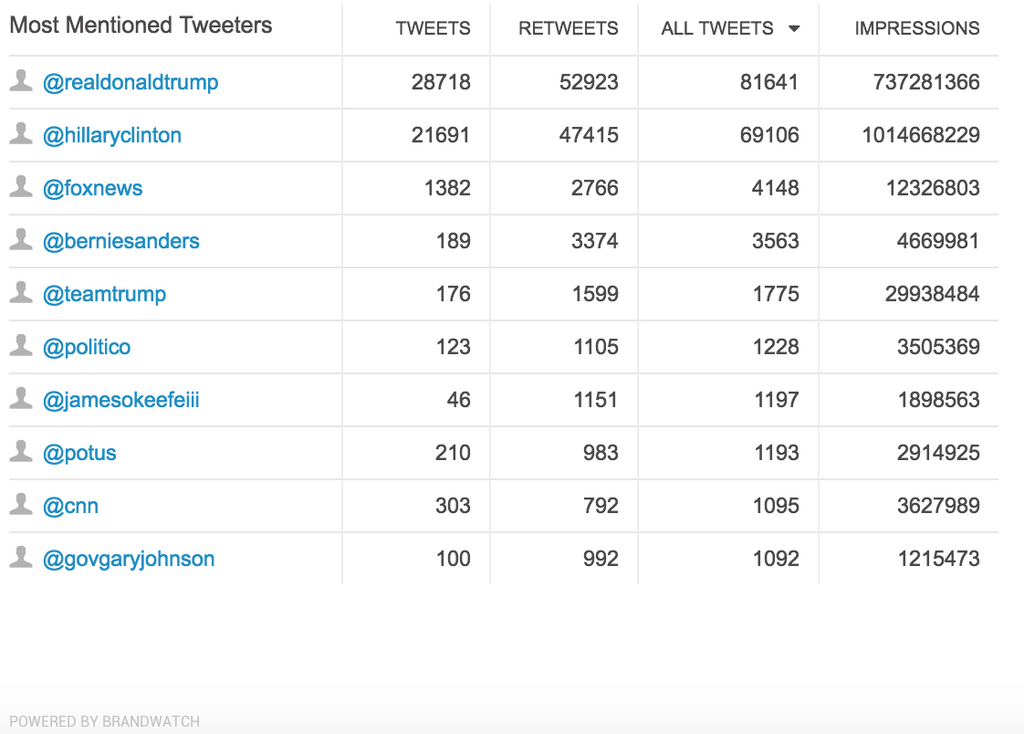 So that’s the presidential debates all wrapped up. We’re sure there will be plenty of twists and turns still to come before November 8. For up to date coverage of how social media is responding to the latest news, head over to our US Presidential Election Live Data hub.