React: The Boston Marathon Races Ahead on Social Media

With well wishers and excited runners posting their experiences all day, we’ll be tracking the conversation and sharing the data.

Here’s what we found:

Our topic cloud indicates some of the most used terms alongside mentions of Boston Marathon. Here’s what they included: 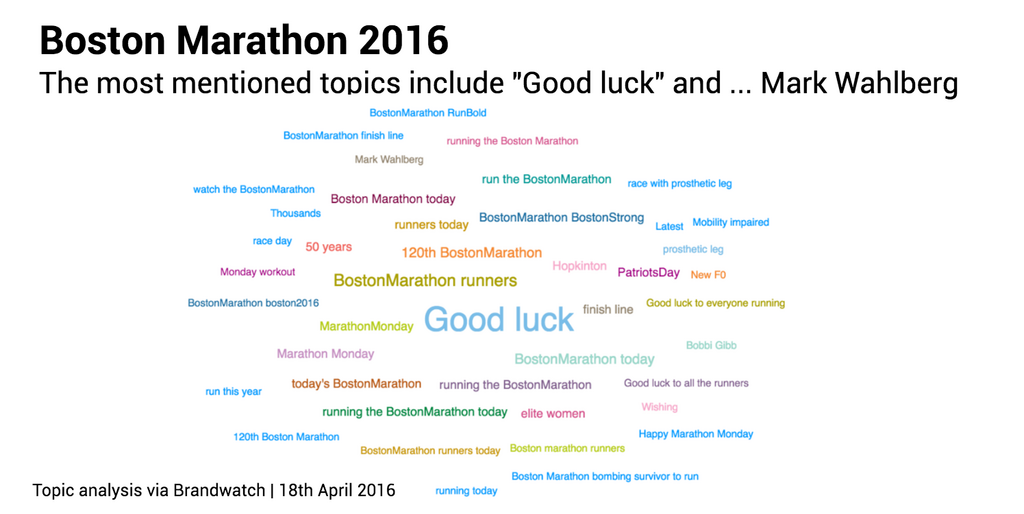 As spectators took their places the geo-tagged mentions map began to resemble the course itself.

The area surrounding the starting line was inspiration central. 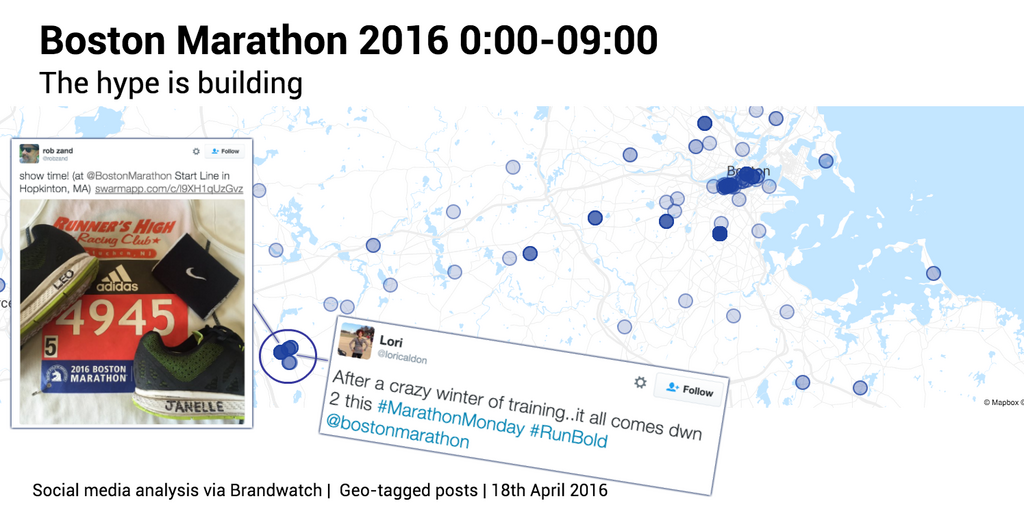 Heres what mention volumes looked like up to 11am: 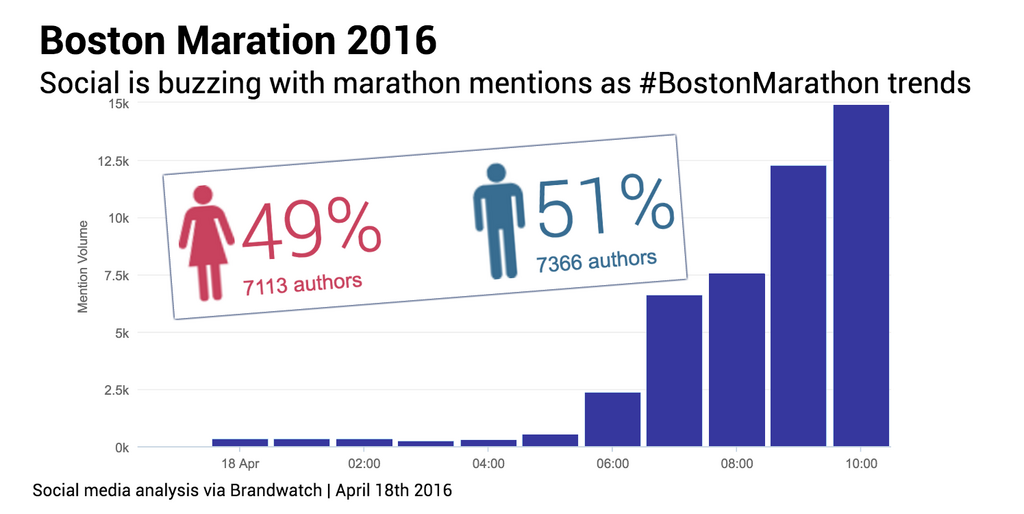 We tracked over 60k mentions of the marathon on social media in the week leading up to the big day, and a significant chunk of those mentions were posted on Monday morning. 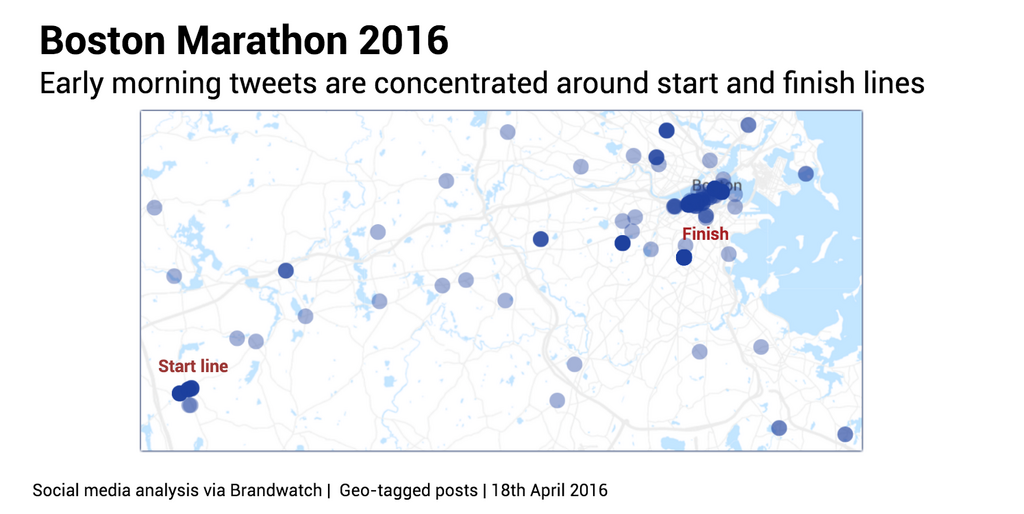 With 11k mentions by 8am, people were getting very excited about the day’s events. 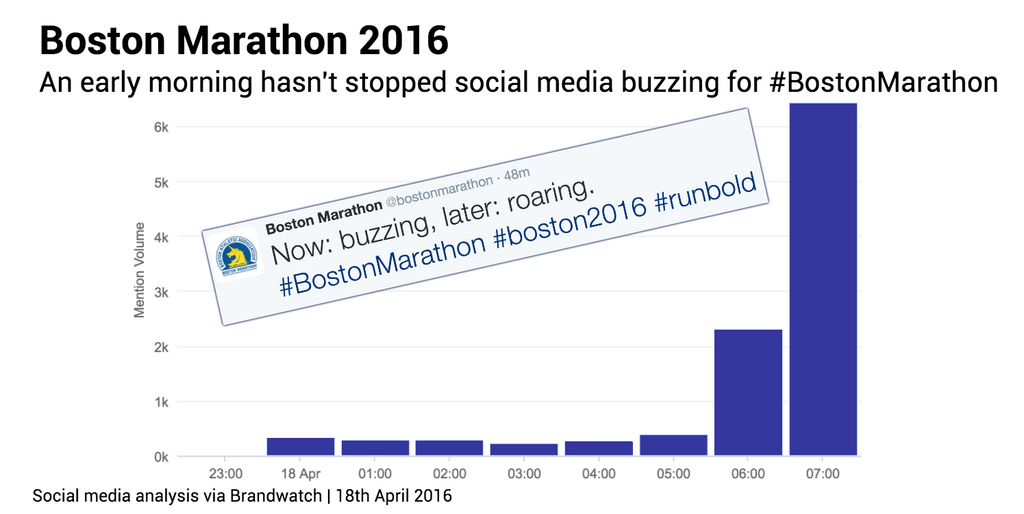 This was the most shared tweet of the morning:

Meanwhile, Style Fashion News’s article on facts you didn’t know about the Boston Marathon was been the most shared link in the lead up.

#BostonMarathon, #BostonStrong or #RunBold, had been tweeted 8k times between them before 8am in the morning, and got significantly more throughout the day.

The hype was building all morning. Click the map to see how mentions of the marathon are building.

Will you be watching the Marathon? Don’t forget to tweet!