#HauntedTwitter: The Most Haunted States in America

In which the Brandwatch React team works with Twitter to find the most haunted states, and who’s most susceptible to ghost sightings

But never before have we successfully found the most haunted state in America.

So, we worked with our friends at Twitter to analyze and visualize this year’s spooky data.

We’ll start with some facts.

According to our research, which incorporated around 5,000 tweets posted between 1 September 2017 and 26 September 2018, it’s more common for someone to say that somewhere is haunted than to explicitly say they’ve seen a ghost. 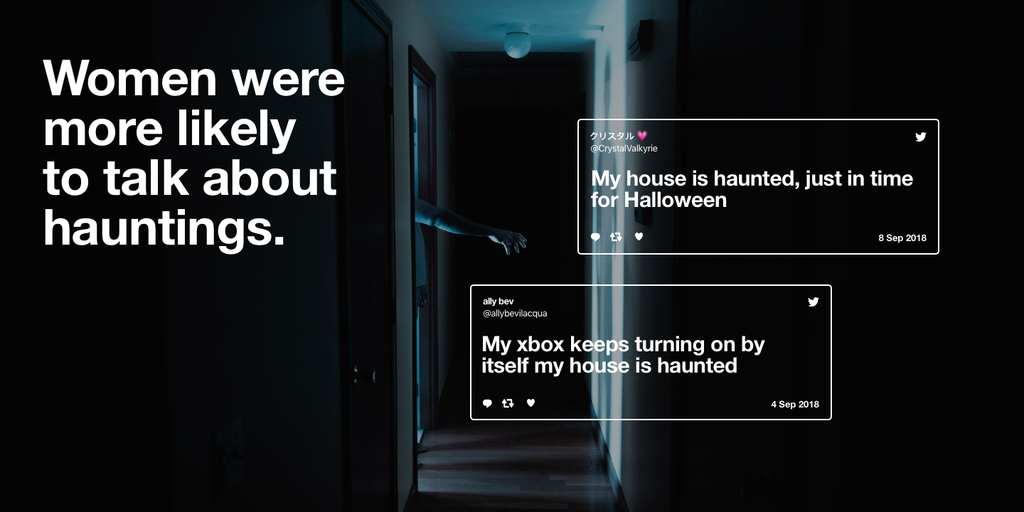 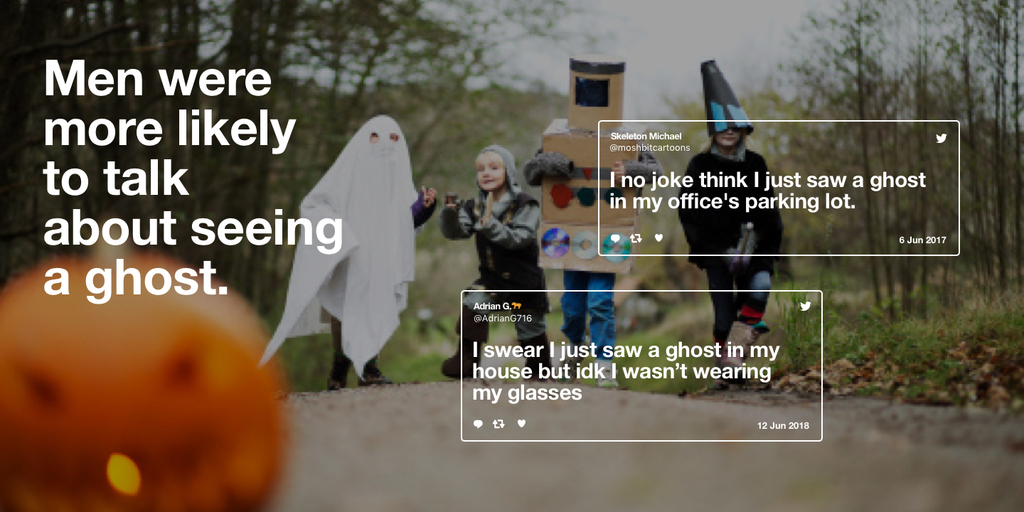 Where to avoid if you don’t like haunted places

In order to find the most haunted states we created a scoring system for each one to show just how haunted they are.

This was based on the number of ghost sightings or claims that a house/room/hall/school is haunted on Twitter and normalized based on the population of the state. This effectively showed how many sightings there were per person.

We removed spikes driven by people watching and liking YouTube videos (as many YouTube videos were titled something like “my house is haunted”) and we also removed retweets so each mention was an individual discussing a haunting or ghost sighting.

Here are the most haunted states. 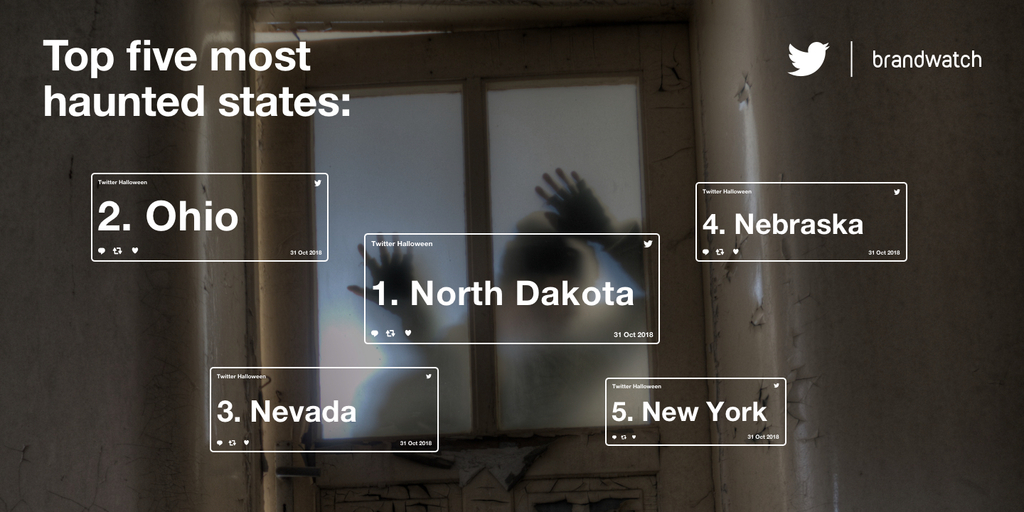 Watch out for North Dakota – it’s spooky to the max.

All our latest data stories and insights straight to your inbox

Where to go if you don’t like haunted places

And, since we were there, we found the least haunted states too.

If you’re easily spooked and looking to move to a new place, consider the following locations. 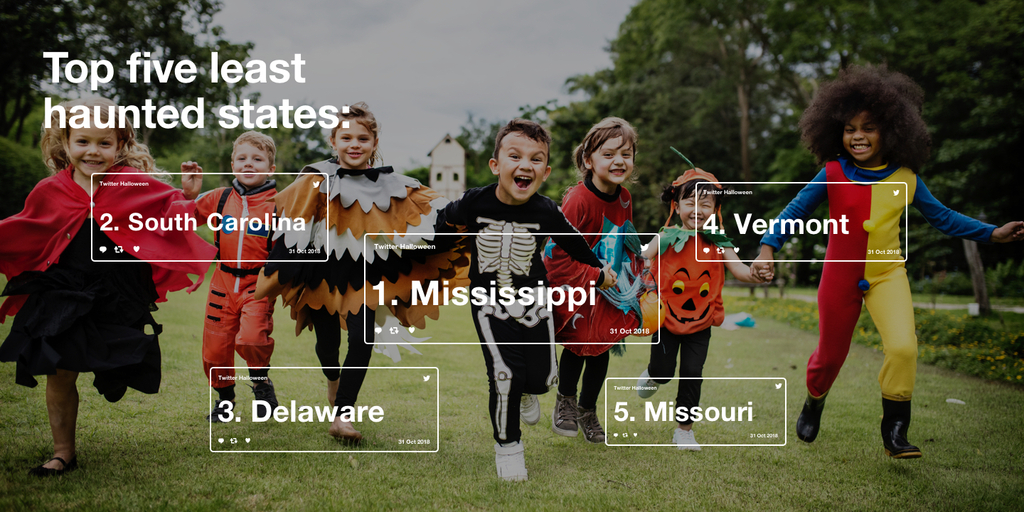 The most haunted states in America, mapped

Here’s a nice map of the USA helpfully color-coded with our spookiness score, based on tweeted ghost and haunting reports. 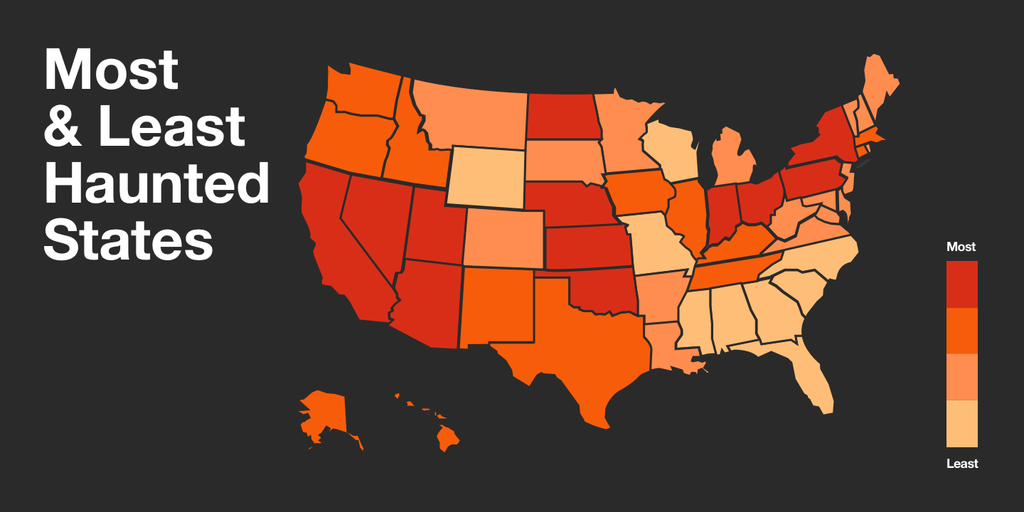 Who you gonna call?

If you’d like to do your own analysis using social media data, you can give us a call to schedule a demo where our experts can take you through all the possibilities.

In the meantime, check out our report on 25 questions that can be answered using Twitter data on a whole bunch of different topics: