Rick Santorum recently stated that the race to become the Republican Party presidential candidate in the autumn is down to two men.

Here at Brandwatch , we used our social media monitoring tool to analyse data from both the press and Twitter in an effort to substantiate the claim. 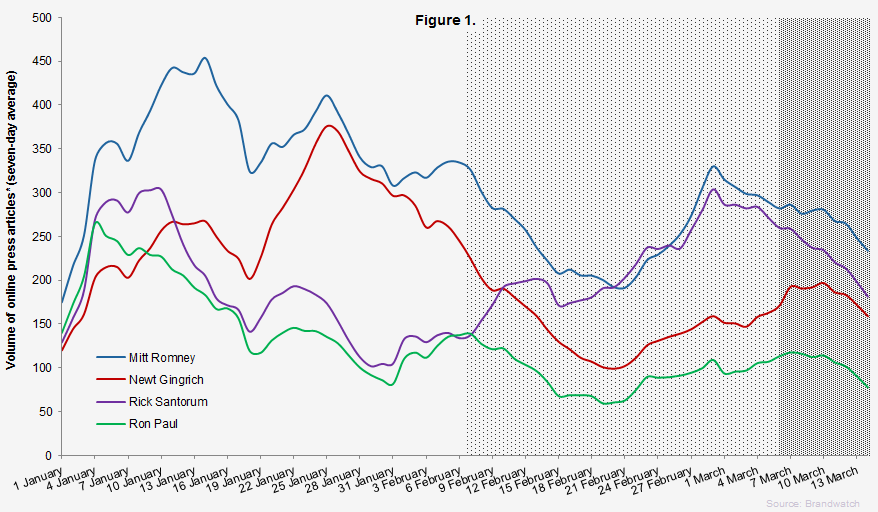 Figure 1. shows the rise and fall of national press* interest in the individual candidates since the turn of the year; a rolling seven-day average has been used due to the lifetime of online news articles and to highlight consistency.

Rick’s victories in Colorado and Minnesota on February 7 precipitated a surge of interest in the former Pennsylvania senator almost immediately in national publications.

Within little more than a week, Santorum had joined Mitt Romney at the height of press interest.

Press interest in Santorum dropped more sharply than any other candidate in the week following March 6, becoming closer to that received by Newt Gingrich than Mitt Romney by the beginning of this week. 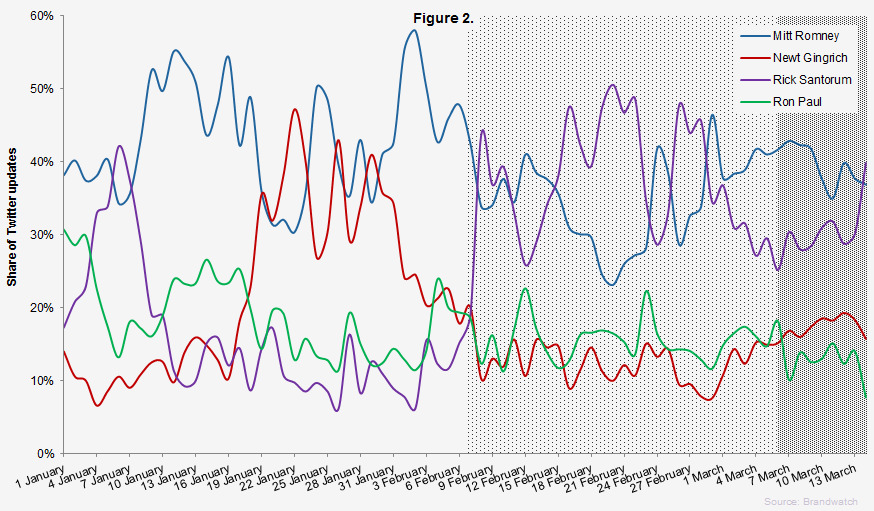 Figure 2. tells a similar tale, with a couple of crucial differences. Here, the daily share of Twitter updates has been graphed, again clearly showing a surge for Rick Santorum immediately after the twin successes on February 7.

As previously highlighted, the month between Rick’s wins in Colorado and Minnesota and those on Super Tuesday saw only two candidates be clearly visible on Twitter.

Unlike in the press, however, this pattern has held to date. Further, Santorum claimed the Twitter top-spot yesterday as online users react to wins in Mississippi and Alabama and prepare for polls in Puerto Rico and Missouri, the state in which he was victorious in an initial primary last month.

Together these findings further stoke suggestions that Rick Santorum is the most fascinating of the candidates to monitor online, with wins at the polls greeted by significant shifts in both press and, more dramatically, Twitter buzz.

With this pattern pervading on both media thus far, who would disagree with the former senator’s claims that only two candidates remain in the running to battle Barack Obama for the White House in November?

With thanks to our expert report writer here at Brandwatch, Gareth Ham, for investigating this story.

*Press articles have been sourced from the online versions of the 25 most read daily newspapers in the US, according to Burrells Luce data.