Social Media Monitoring: Why You Need to Stop Being so Narcissistic

Even in that short space of time, I’ve witnessed a rapid evolution in the approach to conducting analysis of social data.

Though some brands are still very inward-looking today, not too long ago almost every organisation was using platforms like Brandwatch to count how many times they were mentioned online. It didn’t often go much further than that.

Pioneering brands began dissecting this conversation, using sentiment, influence and other criteria to understand it better, even comparing this data with prior campaigns and with competitors.

But this just isn’t enough. Not any more.

Your brand has been mentioned 150,000 times last month. Great news.

But how many people mentioned it? What else did they mention? And who are all these indulgent brand-mentioners anyway?

I’d like to encourage a move towards general market monitoring of conversation authors, rather than solely listening to brand chatter.

One of Brandwatch’s clients, Pharmiweb, did exactly such a thing not too long ago, and it’s genuinely interesting stuff that we can all learn from.

Talking about the elephant in the room – a case study

Understanding what kind of people make up the conversation about your marketplace – for Pharmiweb, the sensitive area of HIV – can prove far more insightful than listening only to your own brand-mentioners.

Here’s what online HIV conversation looks like when split by type of author. 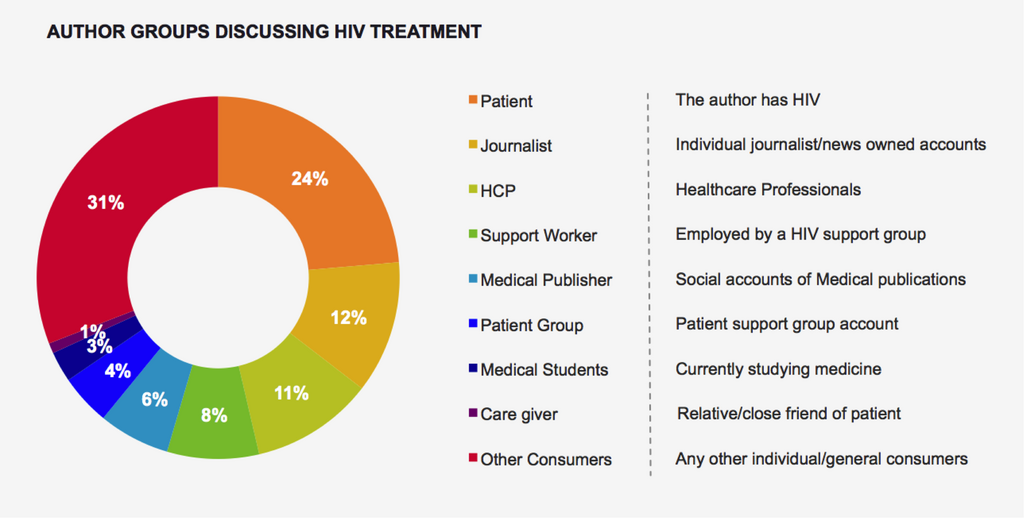 Instantly, we can see that the largest contributors to the conversation are those that actually aren’t directly affected by HIV.

Another insight, not shown here, is that the biggest group within MHPs is mental health workers – a segment that may have not otherwise be apparent – and thus make up a significant component of HIV discussion. This could dramatically affect how a brand in this sector targets its messaging.

Now, diving deeper into this data, we can see that these different author groups are discussing HIV in entirely different places. 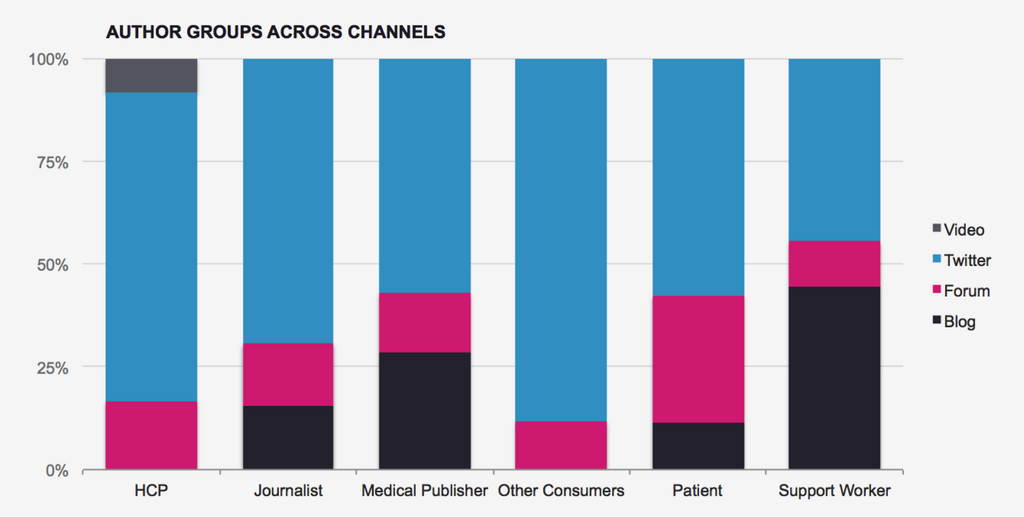 Clearly, different strategies and communication campaigns will differ, and data like this can help inform them, making them far more effective and appropriately targeted.

Here’s conversation data broken down into topics. For this research, it looks at the age of HIV patients talked about, which shows that teens and young adult HIV is the most frequently mentioned form of HIV, followed by childhood sufferers of HIV. Digging deeper once again shows that when these two groups are segmented by author type, something quite remarkable is revealed.

Teenage HIV is a thriving topic of conversation within wider HIV discussion, but crucially this chatter is made up largely by those that have HIV themselves. Any organisation wishing to target the patients of HIV will now know that teenage patients are the most active group, and they can mostly be found on Twitter and forums (previous chart).

It’s these kinds of findings that can prove valuable when crafting a communication plan, helping reach audiences with the right kind of voices in the right kind of places – a vital lesson for any marketing team.

That same chart above also demonstrates how childhood HIV is not a common topic for sufferers, healthcare professionals or caregivers of HIV.

Instead, it’s journalists that are most likely to discuss this particular subtopic – incredibly useful information if you’re an enterprise seeking to generate media coverage about these issues, as it’s clear that childhood HIV is a popular topic (in frequency, not preference of course) among publishers.

A campaign focused on child HIV is much more likely to resonate with journalists, and messaging on teenage HIV is more likely to be relevant to patients.

Across all author types, this chart shows what issues are most frequently discussed for those talking about HIV. But, as we’re discovering, a shallow counting of numbers only ever gets us so far. Here’s the same data, but segmented by some of the author types we isolated earlier. 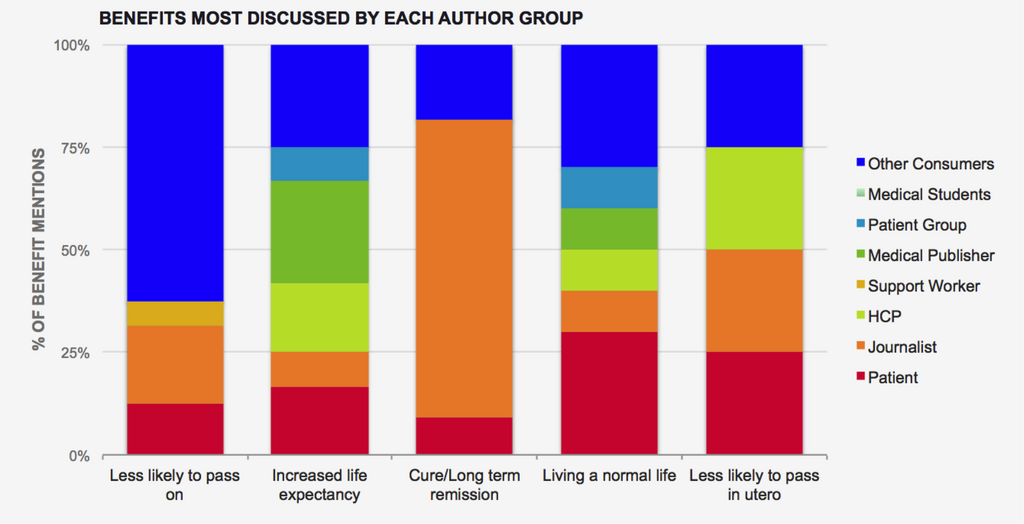 Yet more insights are surfaced. With patients caring far more about the ability to live a normal life, journalists focused on cures and other consumers interested in the likelihood of contagion, campaigns that feature each of these issues will be met with varying success depending on the audience segment.

Why this matters for you

Naturally, conversation about HIV may sound a long way from your own organisation’s social listening efforts. However, the processes demonstrated in this post – ie. listening to the authors in your market segment – are universal.

If you’re still counting brand mentions and only analysing the conversation about your own brand name/products, then now is the time to rethink your SMM practices.

If you’d like to understand a bit more about how you can begin this same process with your market, get in touch with your account manager, or for non-Brandwatch users: you can book a session with one of our experts today.