Twitter's tweets tend to feature in the news a lot these days. However, in the last month, Twitter's 500 Million Lurkers have taken the headlines.

Twitter’s tweets tend to feature in the news a lot these days, embedded in articles, published on papers, and featured on broadcasts. However, in the last month Twitter have been taking the headlines for themselves.

In late October, Twitter’s stock fell the day after the company reported that its active user-base growth had slowed to 23%, compared with 24% in the previous quarter.

Twitter’s total monthly user base now stands at 284 million, some way off the 1.27 billion who use Facebook.

Investors are getting stuck on this shortfall of growth – unhappy with the limited expansion of the platform despite its obvious potential. In response, Twitter released a figure a few weeks later showing that their growth cannot be measured by just their active user base:

500 million people visit the site without logging on

These are people who view tweets, pictures, hashtags and more on Twitter without logging in. But what does this mean for Twitter – are they far bigger than we think?

Can we trust the reach?

Those 500 million lurkers mean that 76% of Twitter visitors don’t actually log in, suggesting that pieces of content are being viewed three times more than we originally thought.

This probably won’t mean the site is three times more active, but it does mean that some tweets with multiple shares and engagement are being visited millions of times from users without accounts. For example:

If only Bradley’s arm was longer. Best photo ever. #oscars pic.twitter.com/C9U5NOtGap

There’s no denying that this is unusually positive news within the social media sphere, with many rival networks inorganically reducing their reach.

In fact, Twitter thinks that the exposure these tweets get goes way beyond the those who come to the site. In fact, they’ve claimed that Ellen’s tweet actually reached 4.2 billion people. 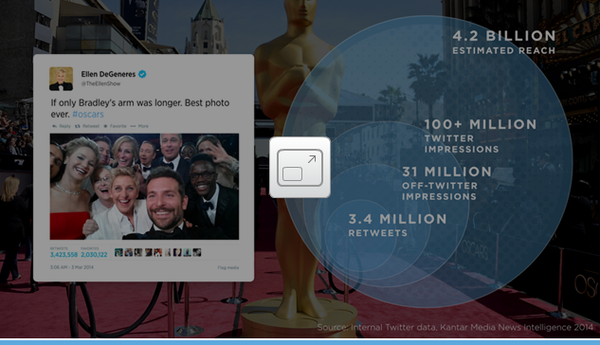 Big numbers. Let’s break down that stat for you:

This shines a light on the magnificent potential that Twitter has. They are already changing the way we consume information. Gone are the days of long winded news reports, we absorb our news in sentences with hashtags.

More impressively, they’ve revolutionized the speed we can accumulate knowledge of all sizes from the news of Royal babies to local weather.

The platform is undeniably powerful – but it needs to maintain growth in order to reinforce this potential.

The microblogging site is growing, but it hasn’t taken off at the same epidemic rate that Facebook has.

In comparison, Twitter over the last two years have grown from 167 million users to 284 million – a 71% growth rate. 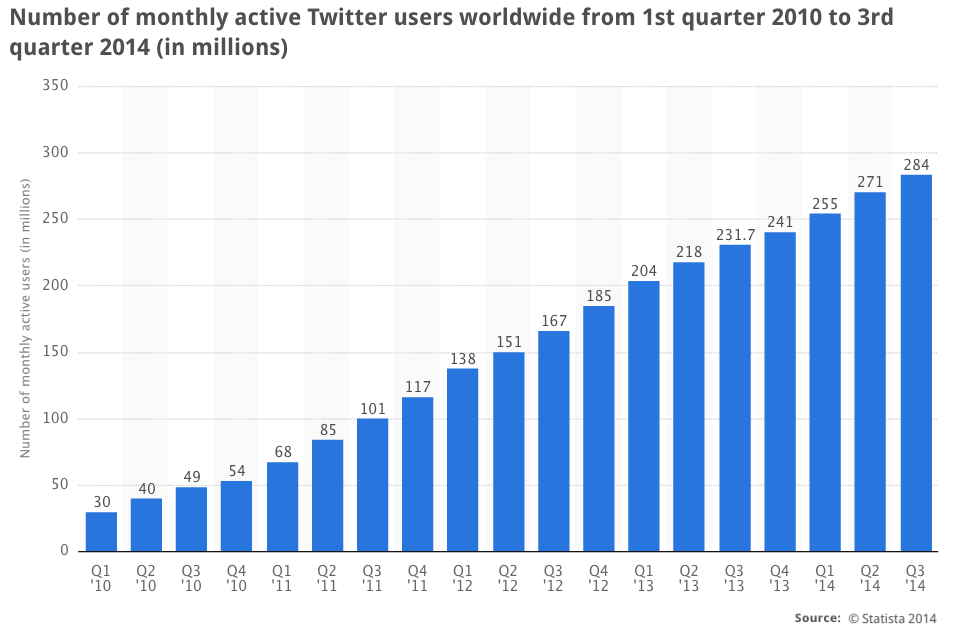 But Twitter have plans to quell this degression by introducing product developments which aim to capture those 500 million lurkers.

Instant Timeline is a makeshift timeline for new users giving them an immediate indication of what they can expect to see on the platform when they create an account.

It should help convince visitors without an account to get one; however, 500 million lurkers have already made a conscious decision to not create an account.

It’s notoriously more difficult to try and turn a consumer’s decision than it is to convince new consumers to try your product, so many see Twitter’s strategy as a risky one.

This is reflected in their recent credit risk rating from Standard & Poor who gave the microblogging site a BB rating, which is three levels below the investment grade. 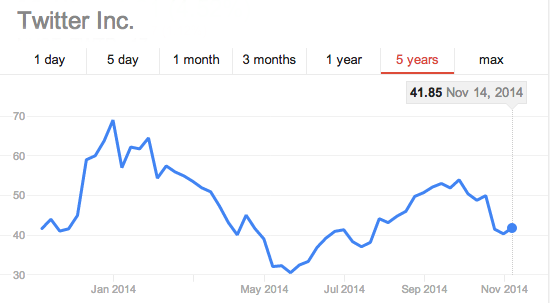 How they use and deal with the lurkers will certainly be of utmost interest and importance for all stakeholders in 2015.

Getting it right could propel Twitter into becoming the world’s most powerful source of instant information – but the quality and depth of this information relies on more tweets from more users. Looks like those half a billion lurkers may be key.