NEW YORK, February 5, 2015 — When it comes to Tweeting about whether a day was awesome or it sucked, people in Denver and Los Angeles tweet the happiest. Brandwatch, one of the world’s leading social intelligence companies, has just released the “Twitter Happiness Report: A Study on Positive and Negative Emotions Expressed on Twitter.” Using social data and analytics, the Twitter Happiness Report uncovers key insights about how Twitter users express emotions online, breaking the results down by gender, life category, and conversation over time. The report also reveals some of the nuances in people’s behavior when using Twitter to express their feelings. 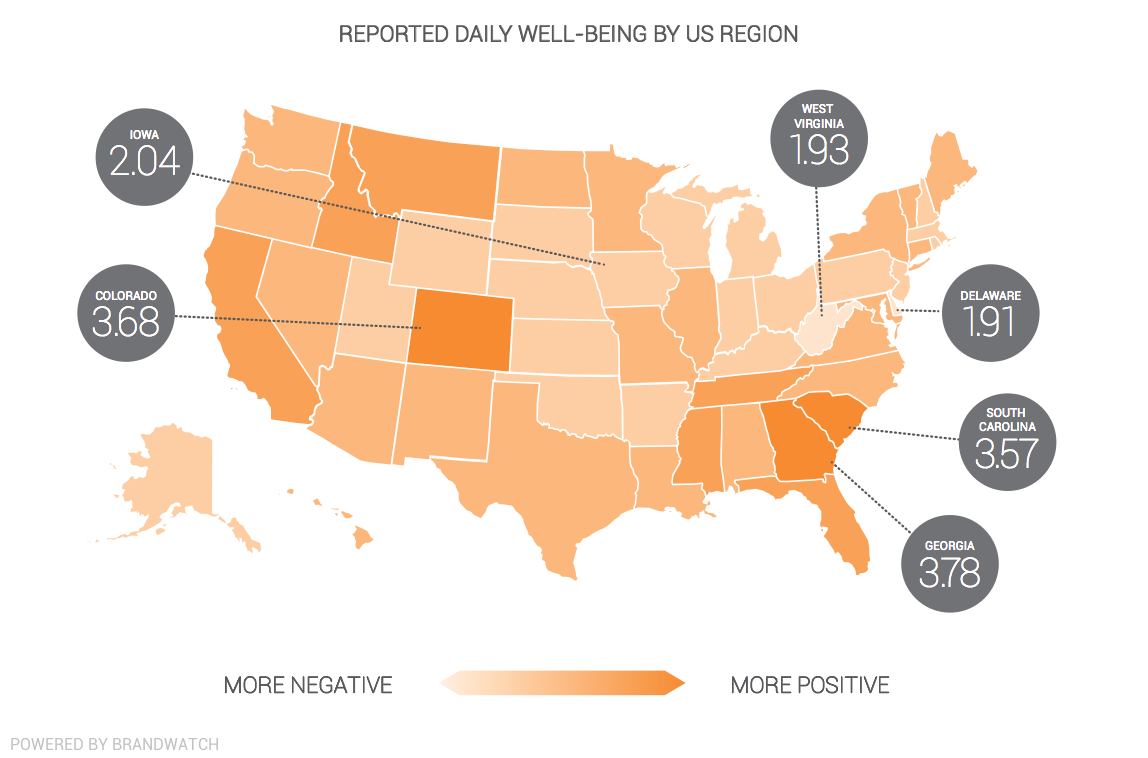 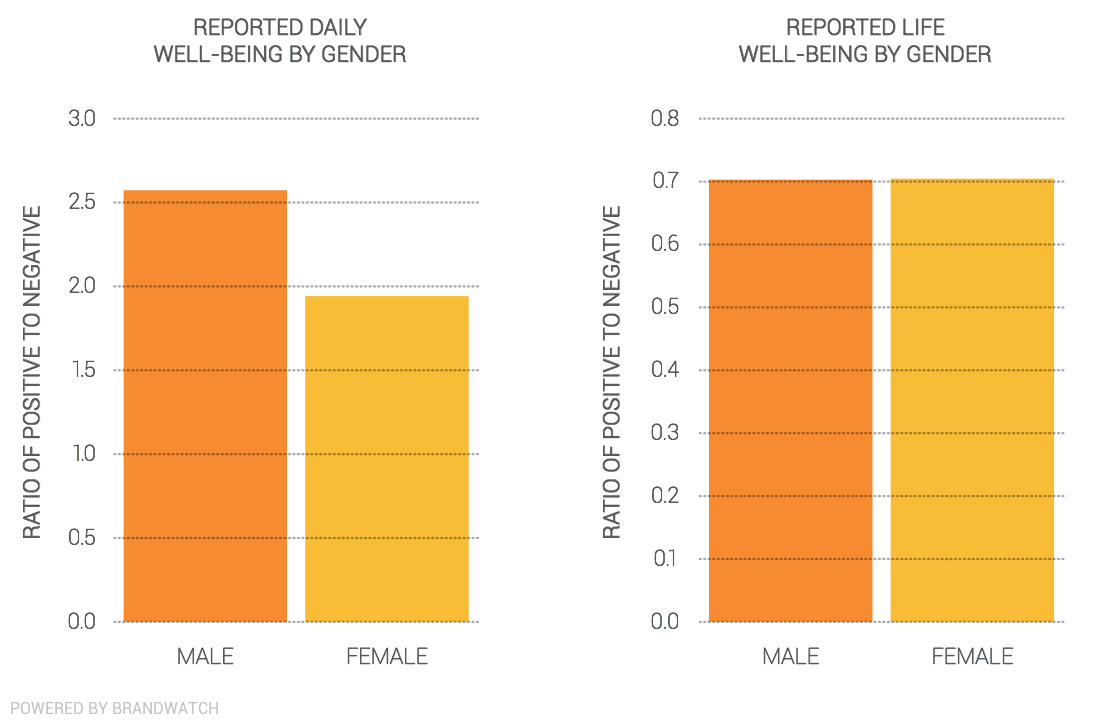 Friends and family make us happy; work not so much 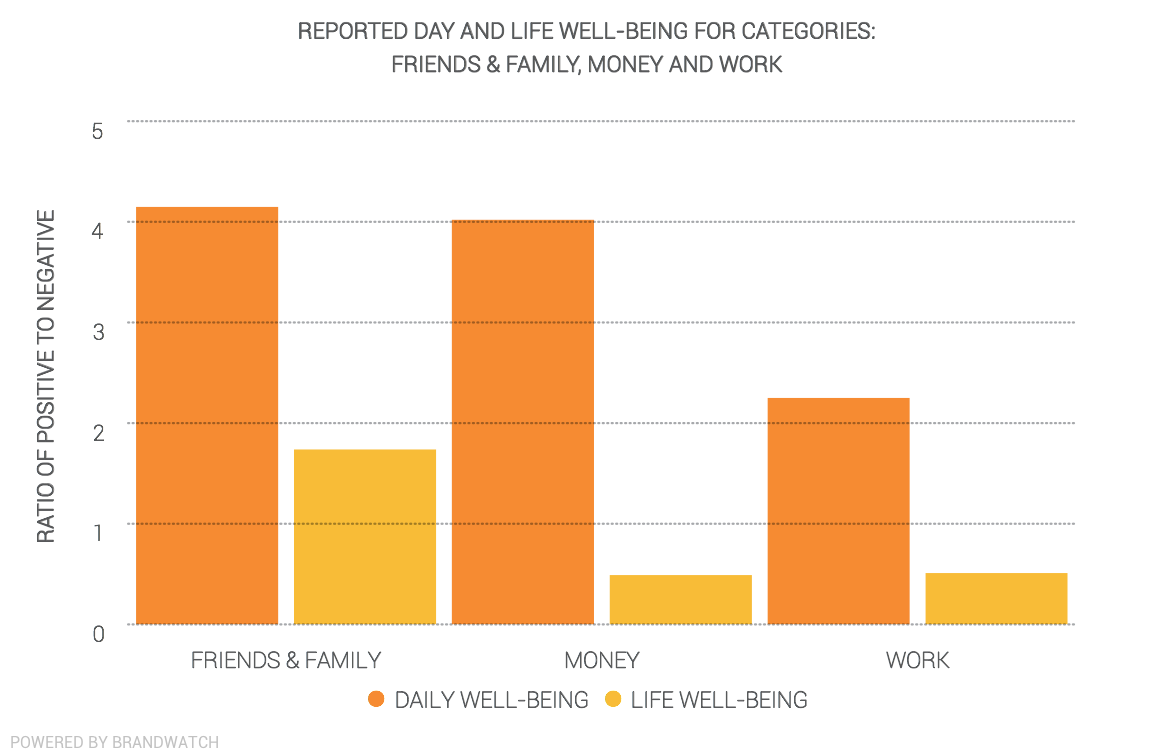 “This report only scratches the surface of understanding the ways in which we express emotions online,” said James Lovejoy, content researcher at Brandwatch, who led the study. “Researching emotion presents a number of complex challenges. For example, this study can’t possibly identify the actual emotions that Twitter authors are experiencing or the extent to which they are experiencing it. However, we can be certain that behind every Tweet, post and conversation, there is some genuine emotion driving it. For the first time ever, online social conversations present the opportunity to further understand the language we use to express ourselves. The aim of this type of research is both to shed some light on and instigate dialogue on the trends, topics, and aspects of our lives that affect our well-being.”

The Brandwatch social media listening and analytics platform was used to monitor and analyze 1.035 million conversations expressing the different ways that people discuss having good days, bad days, loving life, or hating life. The sample of social data collected is designed to be an effective representation of the larger social conversation around each category. The social data analyzed in the development of this report is from November 17, 2013 – November 17, 2014.

Brandwatch is one of the world’s leading social intelligence companies. Its social media listening and analytics technology platforms gather millions of online conversations every day and provides users with the tools to analyze them, empowering brands and agencies to make smarter, data-driven business decisions.

Acquiring social influencer analytics firm PeerIndex in December 2014, Brandwatch continues on its aggressive business trajectory following on its most recent round of venture funding to the tune of $22 million. The company grew over 100% year-on-year in 2013, has won awards for its technology and renowned corporate culture, and regularly wins accolades for its impressive growth. The Brandwatch platform is used by over 1000 brands and agencies, including Whole Foods, Whirlpool, Pepsico, British Airways, Papa John’s, and Dell.