7 Cool Things You Can Do With Brandwatch Qriously

Imagine if you could ask two billion people a question.What would you ask? With Brandwatch Qriously, you can.

Qriously’s ground-breaking technology can gather survey responses by replacing ads on smartphones with questionnaires. With this, you can reach up to two billion participants and collect unbiased, non incentivized feedback.

You might imagine using this technology to predict an upcoming election or forecast stock market trends (and you could), but here are seven cool things customers like Uber, Airbnb, and Spotify use Qriously for today.

In fact, most prominently placed television commercials cost tens of thousands of dollars per minute.

For an investment that large, you’d want to see an immediate response. Did the campaign resonate? Did it increase awareness? Are consumers more willing to buy?

The problem is, most traditional market research techniques take weeks to collect, analyze, and return that insight.

With Brandwatch Qriously, you can collect this data in real time, revealing exactly what consumers think right before, during, and after a major campaign.

China has the world’s fastest-growing major economy, with growth rates averaging 6% over 30 years.

And it represents one of the largest opportunities for brands – it’s a market that, if effectively targeted, could propel company revenues to extraordinary heights.

The problem is, it’s notoriously difficult to gather reliable consumer data from this region.

Qriously helps solve this problem. As it distributes ads over smartphones, it can reach over half a billion Chinese consumers, questioning them to better understand their opinions. What’s more, brands can replicate the same methodology in China, the United States, and across the rest of the world, using the same question set, distribution method, and collection platform to ensure consistent results. 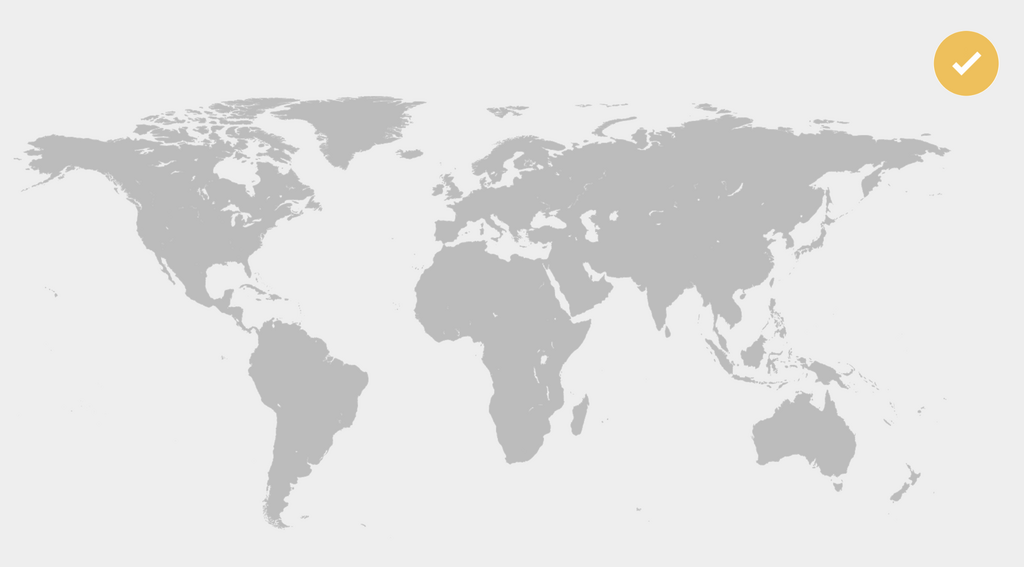 3. Uncover ways to improve your product

According to HBR, 75% of product launches fail.

Most fail because they don’t meet a consumer’s need.

New voice-activated products, like Amazon Alexa, face challenges when launching. Amazon needs to convince the market that there’s a need for their solution, but to do that they need to properly understand their consumers.

In collaboration with True, we surveyed consumers about the industry using Qriously to discover:

The survey also revealed what stopped consumers purchasing. Surprisingly, it wasn’t cost (17%), but instead the main barrier to purchase was a lack of knowledge (24%). Simply put, most consumers don’t know what they’d do with the product.

This insight is key to growing the industry – educating potential buyers through marketing or increasing the number of use cases via product design will lead to more sales.

Disney is fortunate to have a huge volume of shows and content to promote in its marketing. The list includes Pixar, Walt Disney Studios animation, Nat Geo, Star Wars, and even The Simpsons. The question is, which show would encourage the most fans to sign up?

Using Qriously data, we discovered that the content that engaged viewers the most was from Marvel, followed closely by Pixar.

Interestingly, channels like Nat Geo and shows like The Simpsons actually didn’t engage potential buyers as much.

Qriously’s methodology is unique. Unlike other market research tools, Qriously does not incentivize its respondents.

Other market research services provide a financial incentive for those who complete a survey. This provokes a negative behavior, where participants can start to optimize for earnings by completing as many surveys as physically possible without giving much thought to their answers.

All in all, this reduces data quality. While it’s difficult to benchmark one market research technique against another, Qriously has attempted to do so by making election predictions. Qriously has successfully predicted nine of the recent major elections and referendums.

Take the 2017 general election in the UK. Most of the traditional panels predicted that the Conservatives would win comfortably. Qriously, however, predicted a surge in votes for Labour. 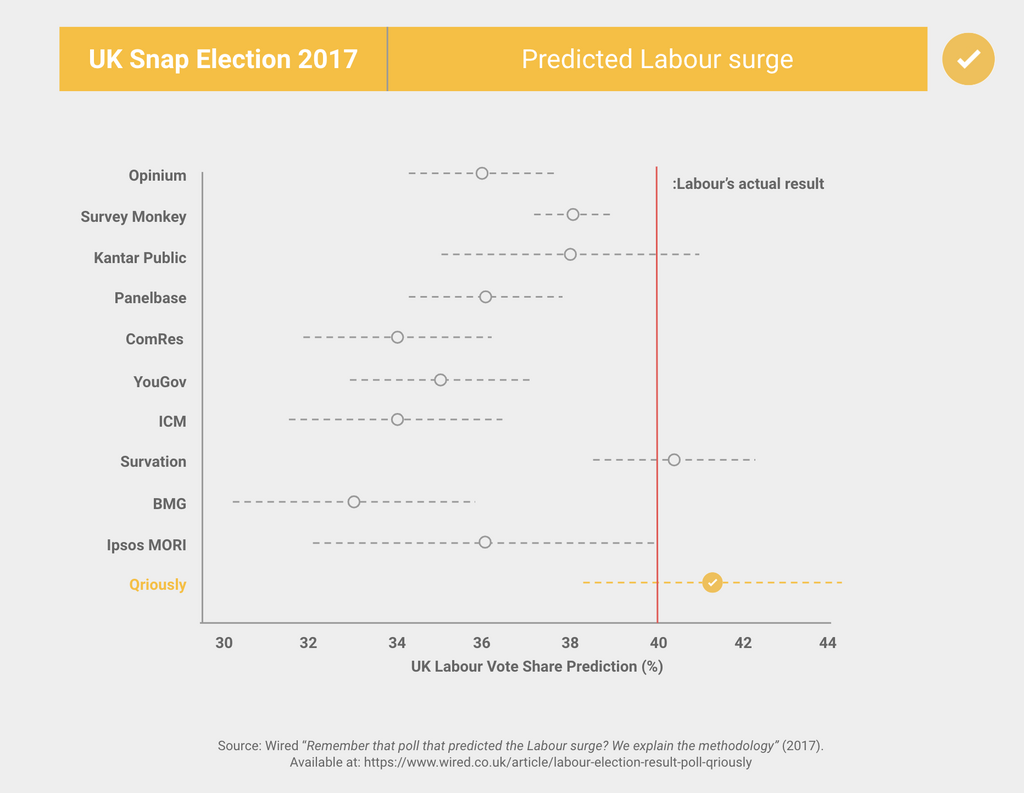 Brandwatch Qriously was one of just three market research companies to accurately predict Labour’s success within its margin of error. For more information, check out this Wired article, profiling the technology.

Qriously can set up ‘always-on’ surveys that constantly monitor consumer preferences all day, at every hour. This means you’ll see as soon as opinions start to shift.

Whether there’s a crisis growing around your brand, a product recall, or even a badly received campaign, you can constantly see if it affects brand perception or intent to purchase.

7. See results at a street by street level

Qriously can detect the location a respondent is in when they answer the survey. The technology automatically anonymizes this by 100 meters, so it doesn’t reveal a respondents exact coordinates, but it still provides extremely valuable insights and helps customers answer questions like:

Click here and we’ll organize a personalized demo of Qriously.