Creating a good Facebook campaign means embracing the quirks of the platform, from silent videos to targeted ads. We list the best examples from big brands.

Facebook now has 1.79 billion monthly active users. No platform in the history of media has ever had that kind of reach, so it’s no wonder brands are keen to make the most of their facebook marketing campaigns.

With algorithm changes constantly reducing the organic reach of posts, brands need to ensure they are producing engaging campaigns that make the most of Facebook’s ad features.

You may have noticed 360-degree videos appearing on your Newsfeed recently. GoPro partnered with Facebook for the launch of the feature.

GoPro regularly recruits athletes to record their experiences from their point-of-view. This immerses the viewer in an unusual and exciting experience. 360-degree video is a great way of showing off GoPro’s adventure sports content.

The highlight of the series of videos was the surf video with Anthony Walsh and Matahi Drollet, which earned 13m views in its first week. This was helped by Facebook’s CEO and CTO sharing the videos. 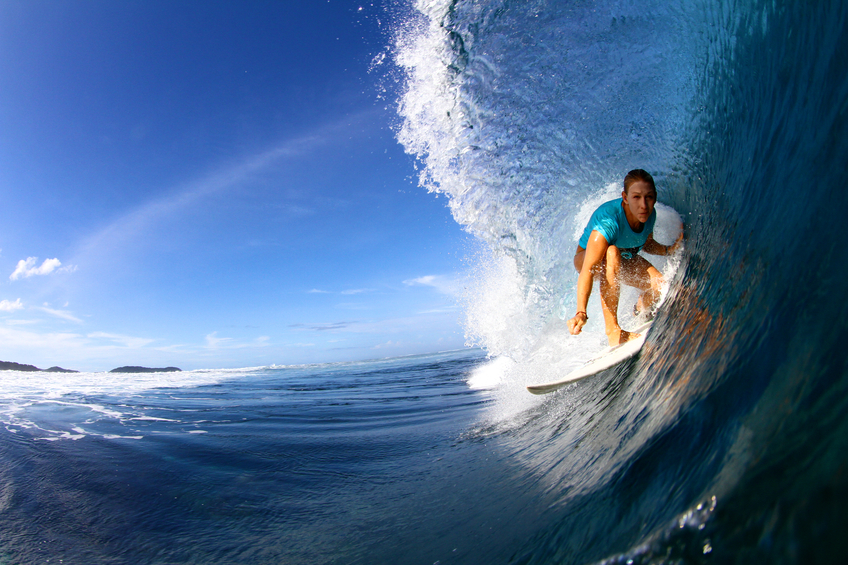 You can view the 360-degree surfing video here.

One of the major challenges for brands advertising on Facebook is the fact that videos that autoplay do so silently. This increases the challenge of grabbing the user’s attention. The ad has to be interesting enough when silent to make the user want to click on the advertisement and watch it.

Hotels.com designed their ads to combat this. ‘Captain Obvious’, a character from previous adverts, sits behind a piano. As the camera pans around him, the subtitles state “Ads autoplay silently on Facebook… which is good for you… because I don’t know how to play piano”. If the advert is unmuted it’s clear the captain is playing keys at random. The text then continues, stating an introductory offer.

Marketing a children’s product brings interesting challenges. How do you engage the parents who will actually be buying the product? It’s one thing to make the user of the product excited. The challenge with this campaign was to engage someone who buys the product but doesn’t get all the joy from playing with LEGO.

LEGO focused on the creative nature of a child’s mind, and how play can help foster that. Children are brilliant creative thinkers: their young brains look for different opportunities and solutions.

They wanted to get away from the idea that playing with LEGO involves following instructions and constructing predefined sets. The facebook campaign sought to highlight the toy’s ability for free-form creative play.

The campaign saw a series of videos with children showcasing their own creations and explaining their ideas. These videos were targeted at mums on Facebook to encourage them to involve their own children.

The strategy of this Facebook campaign was to get the parents involved and playing with their kids. They then had the opportunity to share that content on the LEGO page.

The campaign reached 24 million moms in 15 countries, generating 37 million video views. LEGO claim this means they reached 80% of all moms in these countries. Engagement on the LEGO Facebook Page was up by 61% over the course of the campaign.

For the launch of the new SUV, the model NX, Lexus wanted to go beyond a mass market TV spot and find ways to really grab the attention of the audience.

The campaign reached 11.2m Facebook users. The campaign saw a 1678% increase in engagement, with the videos earning an amazing 26.67% engagement rate.

To optimize your Facebook campaigns you first need to track and analyze your efforts. Brandwatch Analytics features Facebook channels so you can understand the performance of your Facebook marketing campaigns in detail. Get in touch today for a free demo.