eSports Data: Analyzing The Huge Industry That Some People Have Never Heard Of

The Brandwatch React team takes a look at the rise of eSports, how female participation is growing, and the opportunities for brands.

If you’re not into eSports, some of the stats surrounding the rapidly growing industry can be surprising.

I knew eSports were a thing, but this headline raised my eyebrows a couple of weeks ago, and a bit of Googling revealed plenty more gasp-worthy numbers.

It’s given a glitzy platform to a whole generation of elite players and charismatic commentators, as well as an enormous opportunity for brands and media companies like Sky and Turner.

Goldman Sachs valued eSports at $500 million in 2016 and expects the market will grow at 22% annually.

Our own data shows how interest in eSports is growing. Here, we look at tweeted mentions of “eSports” (and similar variations) over the last year and beyond. 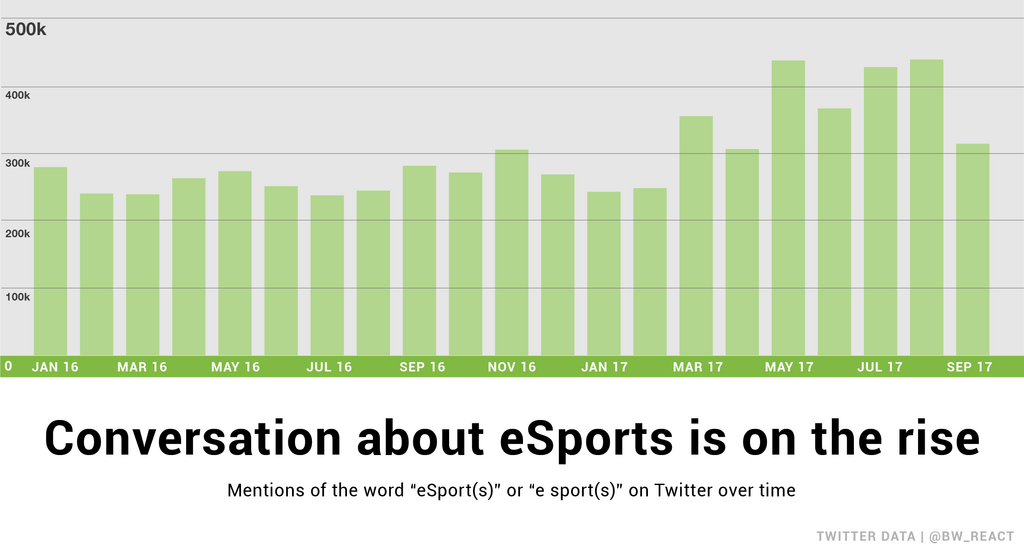 eSports are challenging ageing stereotypes surrounding what it means to be a gamer.

Far from the dark basement, anti-social, adolescent male, a diverse group of eSports stars now play in front of sold-out arenas for multi-million-dollar prizes, sometimes sponsored by some of the biggest brands in the world.

While eSports are still dominated by male participants and viewers, female participation appears to be climbing, too – currently around 25% of eSports Twitter conversation is from female authors, significantly more than last year. A huge opportunity for brands

And there’s no shortage of ways brands can get involved in these video games and their swelling spectating audiences.

A number of high profile signings from Premier League clubs show off the sponsorship potential in up-and-coming eSports players. The players will have their own squad numbers, attend events, travel the world and train for hours a day for upcoming matches where they’ll represent their club, but they will never have to muddy their boots (or, more likely, their expensive new sneakers).

Craig Barry, EVP and Chief Content Officer at Turner Sports, advised brands to do their research before getting involved – being over-promotional with no consideration of the community will lead to rejection.

Speaking at Tech Crunch Disrupt 2017 SF, he said: “If you integrate your brand and you’re supportive of the ecosystem and the community then they’re going to embrace you and support you.” 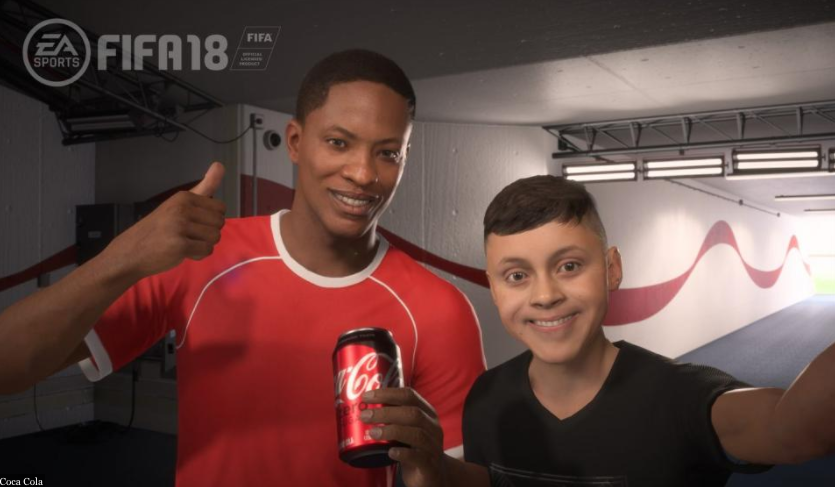 A good example is Arby’s teaming up with ELeague. They understood the humour of the community and created a campaign that saw their sandwiches get blown up by high powered rifles wielded by elite Counter Strike players. It became a popular competition between teams and the brand was able to become part of the community. At one point at an event Barry claims 5,000 people were chanting Arby’s brand name.

In related recent news, Coca-Cola have decided to sponsor a totally fictional player. Alex Hunter, (not real) star of the FIFA video game series, will be a Coca-Cola advocate in FIFA 18 in what has been called a 15-hour advert for the brand as gamers play through the “The Journey” part of the game.

We’re beginning to see large non-endemic brands take esports seriously, with the likes of Gillette and Mercedes Benz sponsoring our events IEM (Intel Extreme Masters) and ESL One. The mainstream awareness and social chatter implies we’re witnessing the tipping point from early adopters to the early majority being interested in and following esports.

Brandwatch analyzes social media reaction to E3 2017, including commentary and social round-ups from each major conference.

Professional gamers behave a lot like ‘real life’ sportspeople. They practice for hours a day, pay special attention to their diets, are media trained and have huge followings.

Besides spending upwards of five hours a day practicing, players also work with coaches and study gameplay film, receive media and press training, and even attend mandatory workout sessions to make sure they keep in shape. Most professional teams also employ private chefs to make sure players are eating healthy meals.

Pure talent and strict training routines set these gamers apart from the average couch-dweller – they’re able to focus, strategize and make split-second decisions that the average gamer can only be amazed by. Despite all this mental heavy lifting, people are often reluctant to call these players “real” athletes.

This study from Nielson Sports suggests that some fans go beyond calling eSports actual sports and think that they should be included in the Olympic games. If eSports were real sports, we wouldn't call them "eSports". Virtual activities have no place in the Olympics. Goes against the whole idea.

Regardless of the Olympics debate, eSports are huge and growing quickly in their own right. They don’t really need the Olympics – they’re becoming more and more mainstream anyway. 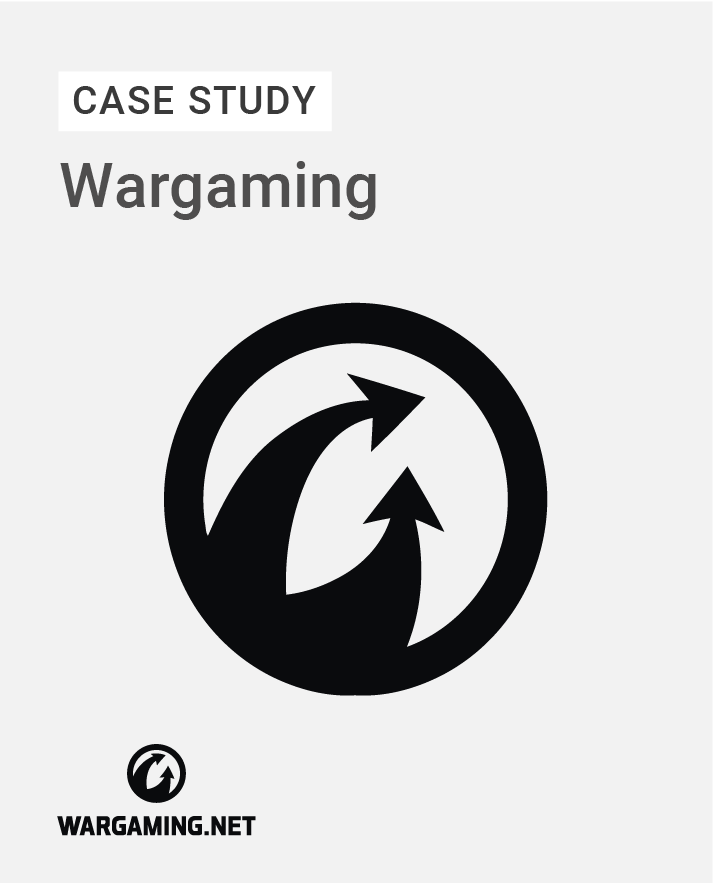