React: Hundreds of Tweeters Claim to be “Unique” in Their Twitter Bios

Brandwatch Analyzes Tweeters' bios to find out how they characterize themselves online.

In our postmodern world of endless choice you can identify yourself as just about anything.

On the internet no one knows you’re a dog. You can be whoever you want to be.

While some like to be vague or mysterious, many use their online profile descriptions as a window into their very soul.

Intrigued, we took a look at people’s Twitter bios to see how they defined themselves online.

Much like choosing the descriptive charms for a bracelet, you can self-identify as brave, bold, faithful or a good cook just by typing the words and hitting “save.” 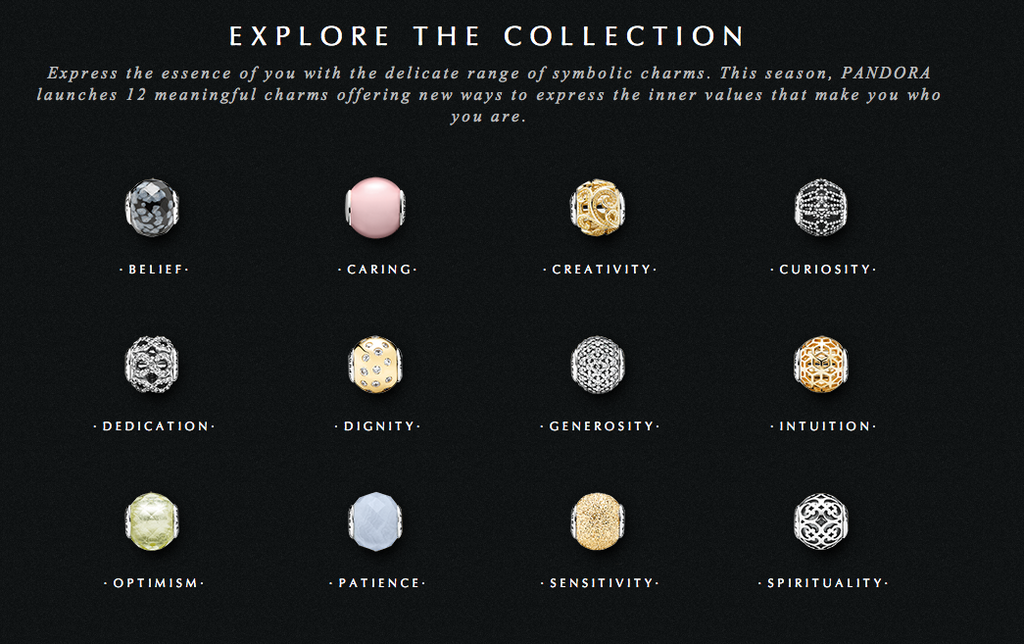 Your bio says a lot about your character and what can be expected from your tweets, so it can be a big factor in whether others choose to follow you.

Using Audiences, we found Twitter accounts with “I am ____” in the bio to find out how people choose to describe themselves.

We thought we’d start by checking out the positives.

We found nearly 4,000 contented tweeters who use the phrase “I am happy” in their bios – how sweet? 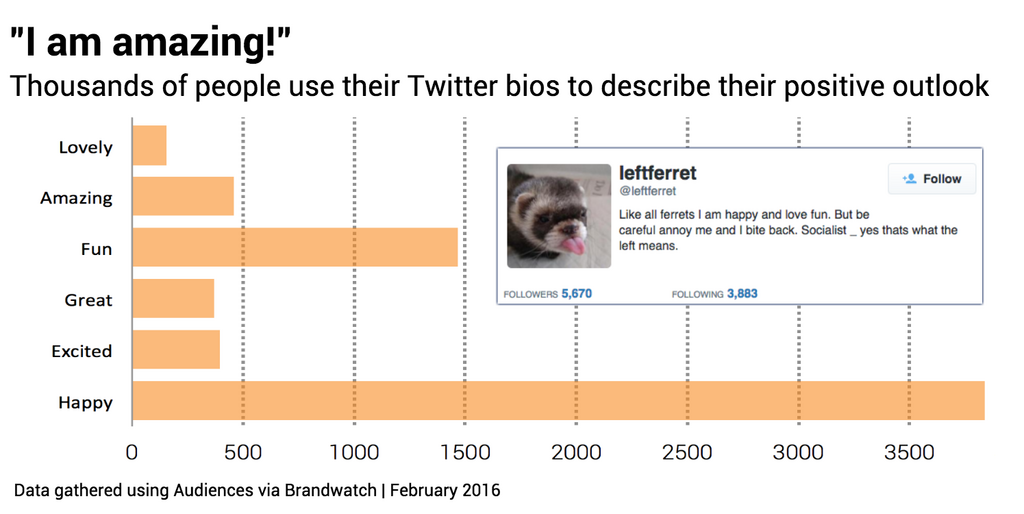 We also found 1,467 tweeters who felt the need to stress that they are “fun”.

Following a lost person probably isn’t a good idea, but tell that to the hundreds of people who say “I am lost” in their bios. 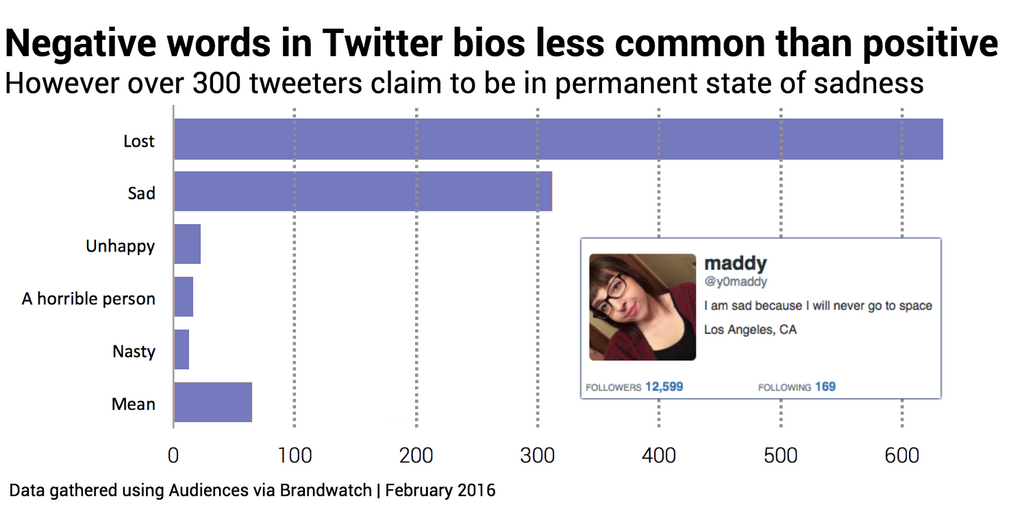 While negative words like “nasty” and “mean” hardly register compared to the happier words above, spare a thought for those who’s tweets are so brutal they need to leave a disclaimer in their bio.

This isn’t a job interview

Lots of tweeters take the opportunity to talk about their characteristics in their bios.

“I am funny” was the most common character reference we found, with “smart” and “honest” also making it into hundreds of bios. 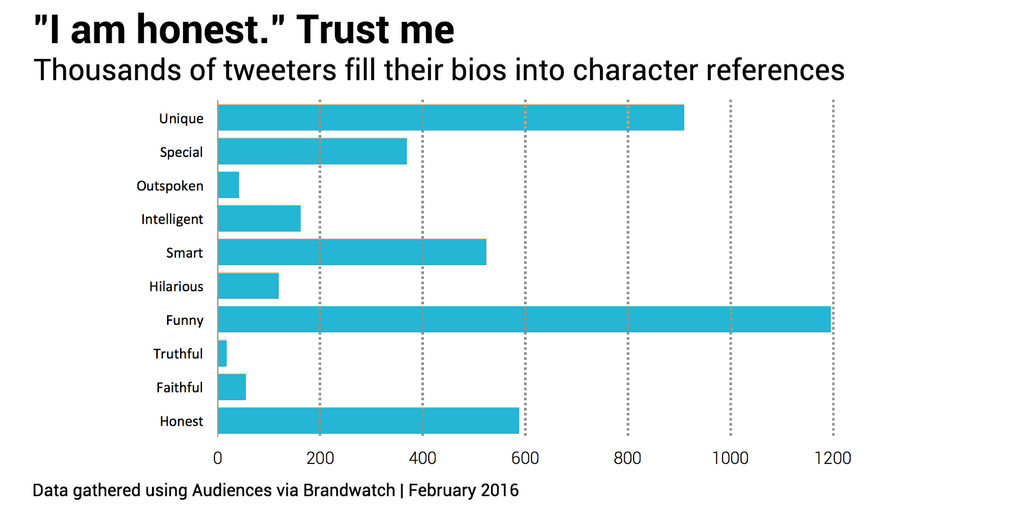 Ironically, we found 910 people claiming to be “unique”. While it does present a bit of a Twitter paradox it also points to a need for tweeters to differentiate themselves from the crowd.

We also thought we’d check on the more big-headed tweeters.

“I am a God” registered more than 550 mentions in tweeters bios, while “I am a legend” followed with 213.

Unsurprisingly, we didn’t find any notably famous people saying “I am famous” in their bios.

How important is your bio to you? Let us know @BW_React