Looking for this week’s biggest trends? You’ve come to the right place.

Traditional celebrations kick off the week

Lunar New Year and Chinese New Year trended on Monday as messages of good will were spread across social, welcoming in the year of the monkey.

Tuesday was also a day of celebration, with #PancakeDay and #FatTuesday trending on Twitter.

Pancakes and other traditional Shrove Tuesday celebrations, which mark the beginning of Lent, were also joined by #NationalPizzaDay which was another big hashtag on the day. 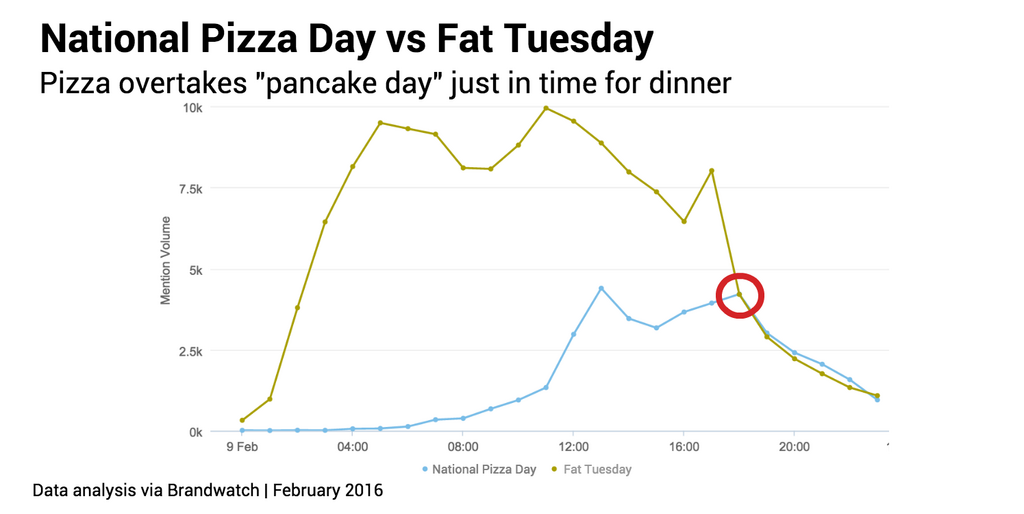 National Pizza Day was no match for mentions associated with Shrove Tuesday, but it enjoyed predictable peaks at lunch and dinner time.

Trump and Sanders’ victory at the New Hampshire Primary sent shockwaves throughout the internet, which you can read about here.

The social spotlight continued to shine on Trump this week, although not necessarily for the right reasons.

Funny or Die’s release of ‘The Art of the Deal’ movie, starring Johnny Depp as Donald Trump got a lot of attention in the middle of the week, while #IfIHadTrumpsMoney was at one point peaking at nearly 4k mentions per hour as social commentators dreamt big.

Thursday’s Democratic Debate divided social with one of the most mixed reactions we’ve seen so far in the debates.

The revelation that a new Harry Potter book named ‘The Cursed Child’ (linked to the new play) will be released in the summer ignited the interest of famously vocal Potter fans, whose tweeting spree on Wednesday got #CursedChild trending. 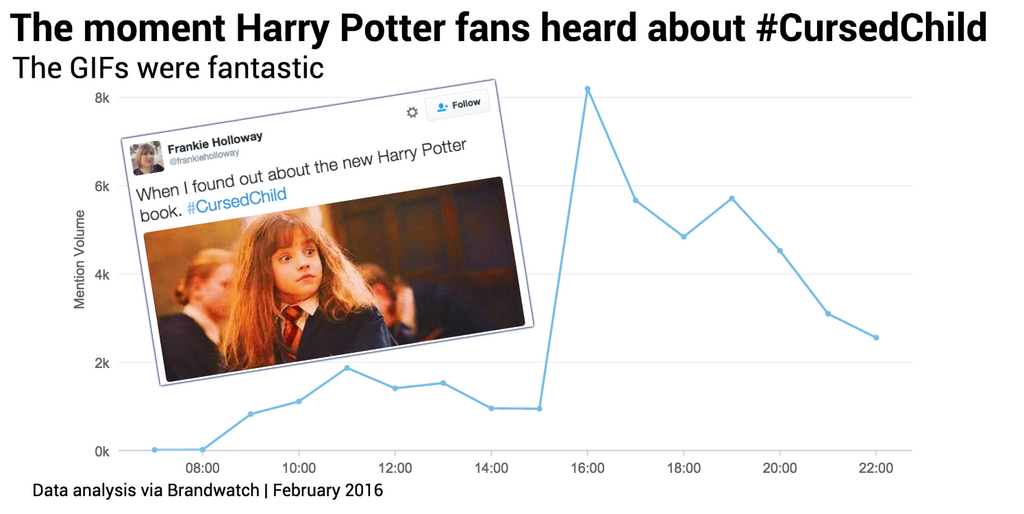 Other play related news on Wednesday included Harper Lee’s permission for classic book To Kill A Mockingbird to be converted into a play, again getting a huge reaction on social.

Hype grew all week for the beginning of New York Fashion Week (#NYFW).

As the fall/winter 2016 collections begin to be revealed we took a look at the most mentioned tweeters associated with the hashtag.

With @malanbreton and @nyfw itself taking the top top spots, Rihanna’s appearance at number three is indicative of the incredible attention her involvement can garner.

Meanwhile, @KylieJenner and @KanyeWest scored big time on the most mentioned tweeters list.

The Life of Pablo

Kanye’s new album reveal at Madison Square Garden on Thursday was big. Despite some technical issues with the show, the spectacle generated an incredible 30k mentions on social in a single hour.

As the songs were played social went to town on giving their thoughts. 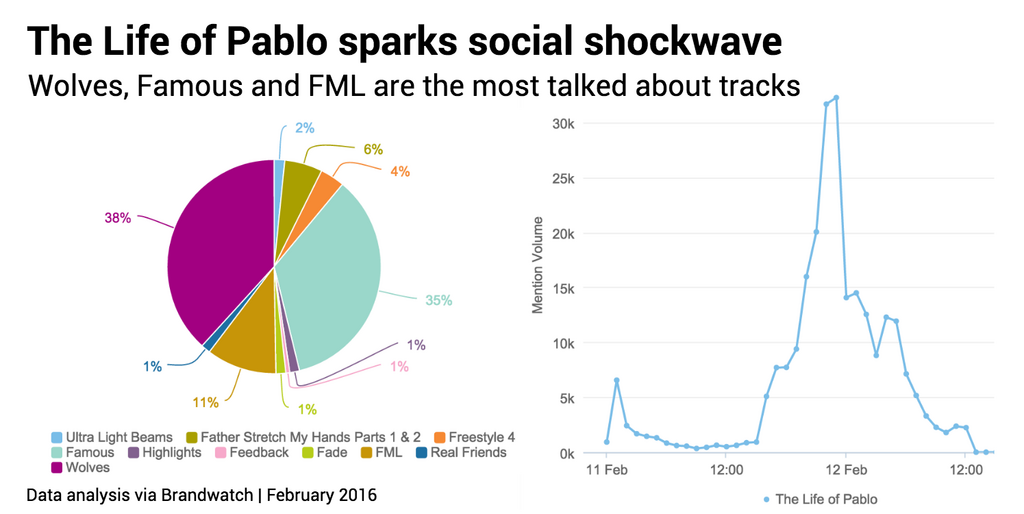 Wolves gained the most mentions, with Famous and FML also accumulating thousands of mentions each.

As Valentine’s Day approaches #ReasonsWhyIDontHaveAValentine trended on Thursday as tweeters offered their reasons for remaining single on the most romantic day of the year. While some were dark, many were hilarious.

my standards are higher than zayn’s hair

Earlier this week we worked out what people want for Valentine’s Day using social data. If you’ve not got your present sorted yet, you’re welcome.