Uncover the Social Stats Behind #SMWF

Tracking the social media data behind #SMWF - one of the biggest social events of the year.

Social Media World Forum, the event that everyone had been tweeting about and looking forward to has been and gone.

In the grand surroundings of Vinopolis in London hundreds of social media bods gathered to learn some tips and insights from great minds and brands.

Highlights from the event included a talks from the Ambassador of the United States, Glen Gilmore and our very own Will McInnes. There was also numerous panels which included some top name organizations such as Coca Cola, Oxfam and Maserati to name a few.

Over the 2 days of the conference 5,666 tweets were sent out. The hashtag #SMWF was used 2786 times as people sent out useful snippets from the presentations to their wider networks.

Looking at the topics from SMWF it seems to be no surprise that social media was the most popular topic. 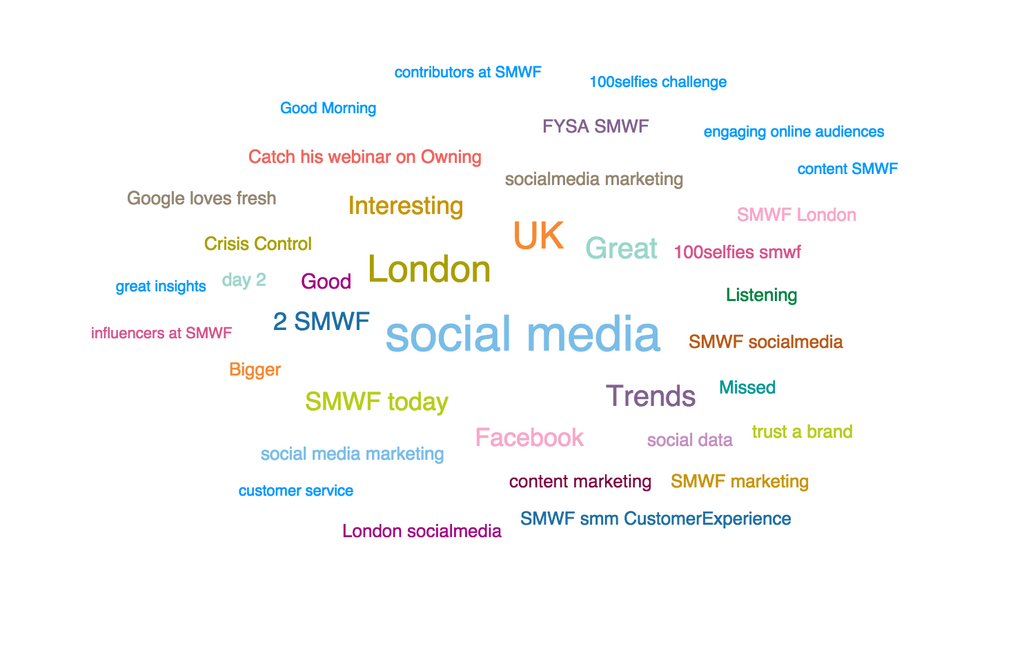 Content marketing, crisis control and listening appeared to be the topics that resonated with the audience as they tweeted about the talks from the day.

Another campaign that grabbed the attention of the audience was a challenge set by Tom Ball from Immediate Future.

He had the challenge of taking 100 selfies with other delegates. This was mentioned 59 over the 2 days and saw his feat climax with an on-stage selfie with the entire audience in the background.

During the event we were tracking the conversation to see which sponsors and speakers were the most talked about. Attendees could watch the data in real-time at our booth as we displayed the results on Vizia. 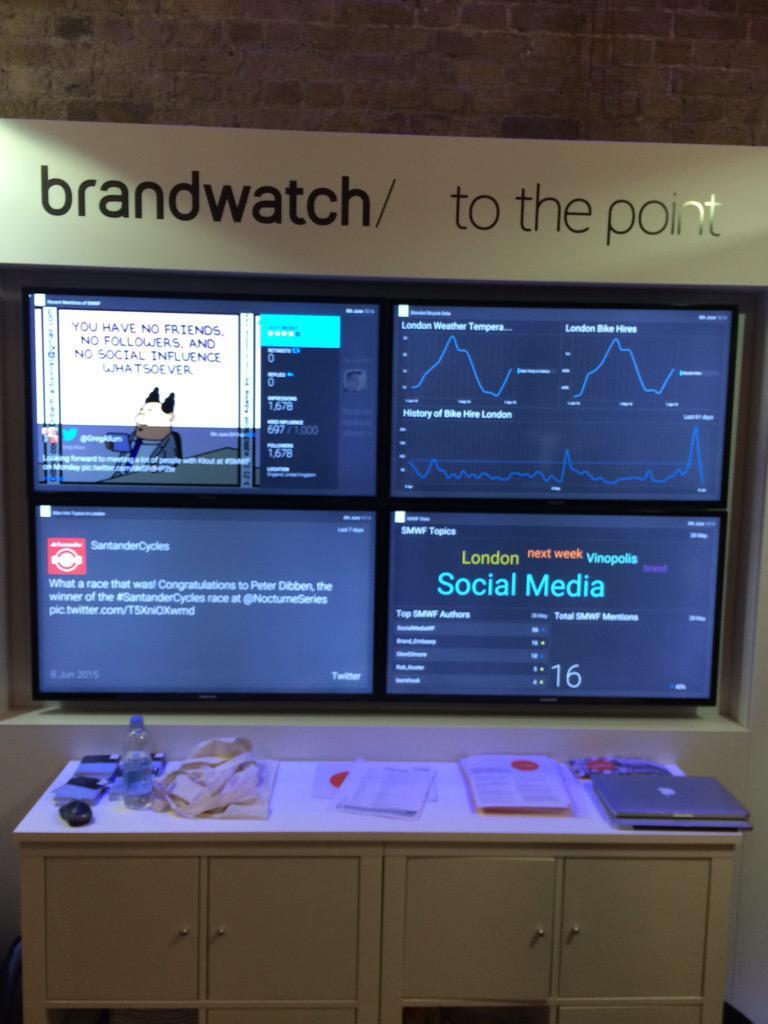 We were frequently asked if we would provide a roundup of the data and as you all asked so nicely here are some of the highlights!

When it came to the conversation around speakers it was Brand Embassy who gathered the most mentions (with Brandwatch coming a respectable 2nd).

On Day 1 it was Glen Gilmore who had the most mentions from the crowd as he was spoken about 303 times.

In comparison, the speaker who was the most discussed was Will McInnes as he gathered 143 mentions.

When it comes to the most influential authors at SMWF we have created a table for you to see who had the most impact.

These are the top 10 most influential authors at SMWF and their most impactful tweet:

At SMWF Brandwatch launched a new report about how to choose the right technologies for your business. If you want to learn more about the benefits of point solutions you can download the report below.