Your average hedge fund intends to pay a good return on your investment with fewer risks to your stake than a simple purchase of stocks or shares. By diversifying the portfolio of subscribed companies any one failure should have little impact on your overall return.

Most aim to achieve a positive return on your investment regardless of falling or rising markets.

So, how do hedge fund managers make sure their fund performs to the best of its potential?

Word of mouth used to be the tool of choice, networking with colleagues about risks and financial forecasts but now, when companies can have millions slashed from their share value at the hint of a scandal or an indiscreet email, more and more managers are turning to another tool – one that is more appropriate for this century. 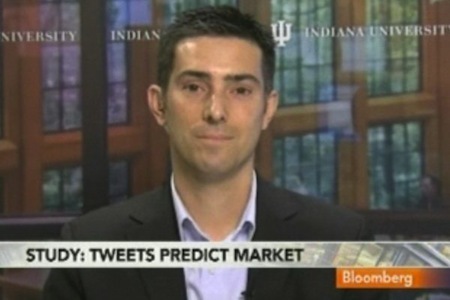 Hardly a day goes by now when a news story based on a celebrity or insider tweet doesn’t hit the headlines.

From the supposedly confidential confines of important private meetings to unconsidered messages that erupt out into the ‘twitterverse’, these brief missives can wreak untold damage to reputations of people, businesses and brands.

Outside of these tweets, Twitter also performs the modern version of networking between colleagues. So, do all company managers make best use of social media?

How are businesses using social media?

A YouGov survey, commissioned by Interactive Intelligence questioned a cross-section of the management of the largest UK companies. A significant 44% have no, or little, social media presence on sites such as Twitter, Facebook or even LinkedIn.

A valid remark on this might be ‘These are company managers, not hedge fund managers – what is the relevance?’.

A further finding was that half of all the managers that do have a social media presence are unaware just how significant the comments of consumers are to the global perception of their company or brand. What’s more, only 13% of these businesses agree that interacting with customers via social media is high priority.

Compare this with a previous YouGov survey in April that revealed that 41% of consumers who use social media are actually influenced by positive and negative comments about brands and companies on social media sites.

It is this that hedge fund managers need to consider: social media chatter has a real and effective impact on brand reputation that, when spread virally can result in rapid harm to their status and the subsequent knock-on to share prices.

This is more than just a hypothetical situation. A study has found that Twitter conversations about a company or product have a direct relationship with the firm’s stock price: if online chatter goes up so does the market valuation.

While previous research had demonstrated a positive relationship between Twitter conversations and sales, this was the first time a strong connection to stock price was shown. Leigh McAlister of Texas Enterprise at the University of Texas at Austin:

“It surprised the daylights out of me. I had thought it might have something to with sales. I thought sales might have an impact on brand equity. And there might be a remote impact on firm value. But the relationship was stronger and faster moving than that. It’s immediate. The chatter changes and the stock price changes.”

McAlister takes the relevance of social chatter and hedge funds to another level. Analysing social media conversations can provide insight, ‘like X-Ray vision’, about a company’s performance in between their quarterly financial reports.

In the July/August 2011 edition of Marketing Science, McAlister contributed to an article that indicated a strong connection between online chatter and a company’s daily sales.

Social media chatter is valuable and savvy investors can use this insight to make money in the stock market. The research behind the project was gathered by a web crawler that scanned the Internet for business mentions and used proprietary sentiment analysis software to class these mentions as positive, negative or neutral.

A direct positive correlation was found between sales and chatter; a 5% rise of positive chatter led to a 5% rise in sales. However, they may be some bias with the data – undoubtedly a sale of a product would lead to further chatter, which in turn would further increase sales and a snowball effect could occur. 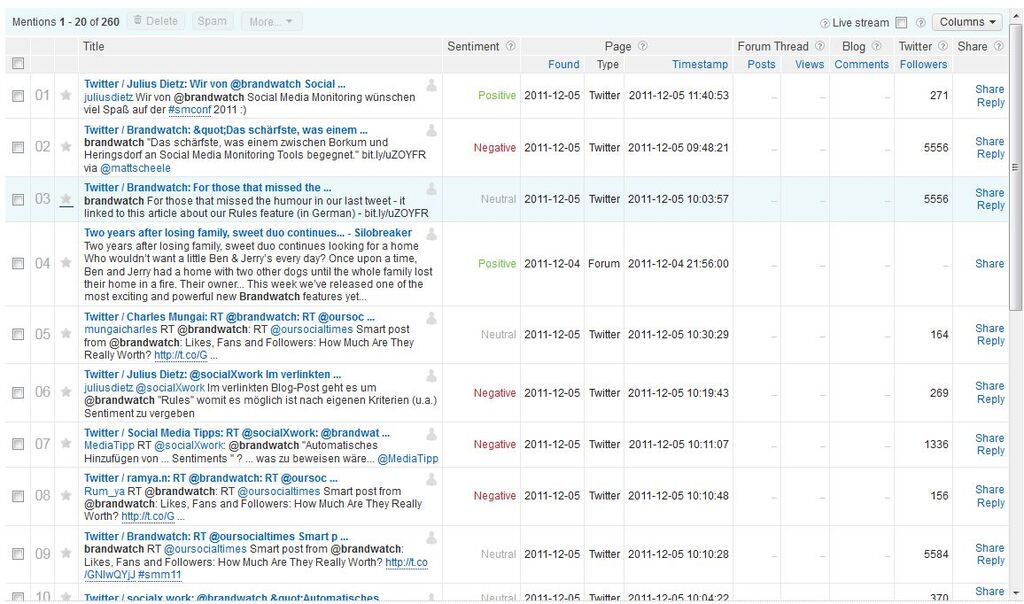 The Power of Online Listening

Blog postings, forum messages, online surveys and tweets are so easy and quick to collate and analyse in comparison to roadside polls and telephone canvassing. Couple this to the fact that one mode of communication spreads to many listeners and that this delivery is becoming more influential than conventional channels then social media is definitely something that needs to be taken notice of.

Huaxia Rui, a PhD student in the Department of Information, Risk and Operations Management at Austin looked at the future of online ‘word-of-mouth’. He’s addressing the need for quantitative levels of influence.

So far, this has been based on numbers of Twitter followers where the arbitrary baseline of ‘more or fewer than 650 followers’ was applied. He hopes to revise this figure and it may be advisable to include further categories and use some analysis to decide on the ‘quality’ of the followers rather than just the basic number.

The current statistical analysis shows that the ‘650 followers’ value falls within the 90th percentile – representative enough to be valid but in need of improvement.

Only 8% had a corporate website, 3% had a YouTube channel, 1% were active Twitter users and none had a Facebook presence. These figures need to be taken in context however: Concern over regulations has always been a major factor for engaging in social media so this apparent laissez faire attitude should be thought of more as keeping a low profile.

Martin Forrest, the survey’s author concluded by advising that the hedge fund managers should take ‘control over their content by becoming the best provider of it.’ Hedge funds can capitalise on social chatter by ‘using social media […] to build lasting relationships with their stakeholders and to develop [their] reputation.’