Marketing: Measuring Share of Voice in the Fashion Industry

Share of voice is an important component in both market research and competitor benchmarking. We examine regional markets in the fashion industry.

Understanding share of voice is an important component in both market research and competitor benchmarking. While it is a top line metric, it is a great starting point rather than an irrelevance.

Following on from our latest report, Social Insights on the Luxury Fashion Industry, we decided to analyze the share of market of ten of the top performing high fashion houses on social.

We wanted to see how these brand’s share of the conversation changes across different markets, to see how their opportunities to grow differ across the globe.

It is important to note this is just a snapshot. We have analyzed 630,932 tweets covering the last two months, but events such as fashion shows, celebrity endorsements and scandals can make the numbers fluctuate considerably.

This first chart shows us the total number of mentions for our ten brands across the whole world.

We can see that the big players here are Calvin Klein (20.4%) and Chanel (16.3%). This in itself doesn’t tell us all that much, but is a useful starting point, as we can use this as a benchmark when we start measuring share of voice on a more localized level.

Starting to drill deeper by segmenting the data by continents, one thing immediately stands out.

The people of South America are posting a lot about Calvin Klein, at double the global average. On the face of it this may be a massive opportunity for Calvin Klein to exploit; the brand is clearly gaining a lot of attention.

Looking into the data a little further however, the topic cloud shows a lot of these mentions are down to the Justin Bieber effect. 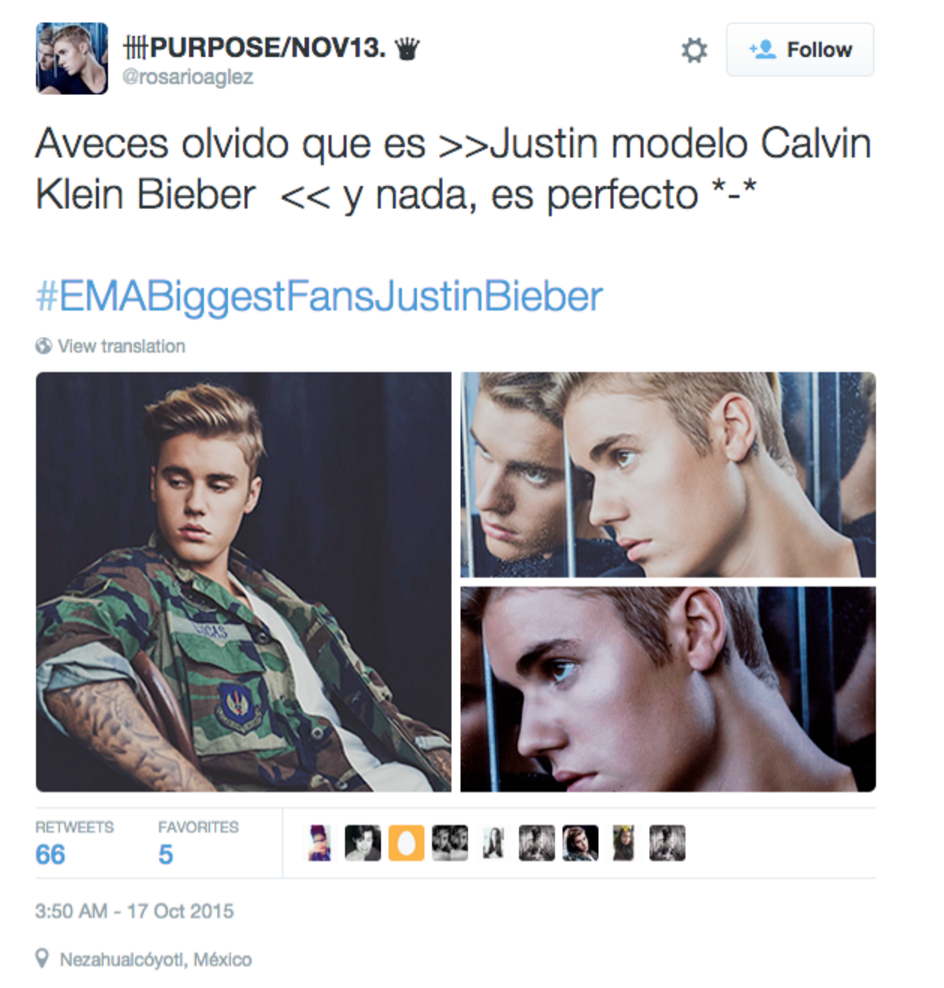 Celebrities are prime influencers in the luxury fashion industry, but a more detailed and analysis over time would uncover if the endorsement has grown their market share in the long term or if it is a simply brief spike in mentions while the Beliebers go crazy.

There are a couple of other insights we can see here. South America is not a great market for Burberry, gaining only 5.9% compared to a global average of 11.3%.

Next we decided to look at which brands people are talking about in the top ten fashion capitals of the world.

These cities lead the way in fashion with each one holding a fashion week, including the big five of Paris, London, New York, Madrid and Milan. They hold big influence in the world of fashion so are cities that these brands would hope to dominate.

This is even evident for Versace, despite two Italian cities being included. It has a higher share of voice in its home of Milan (15.5%) than in Rome (6.9%).

It would be tempting to assume this spike is due to posts emanating from the brand’s offices, but our report has shown that of the total number of tweets about luxury fashion brands, 99.63% is owned by the audience.

Calvin Klein is an exception to this however, as it has a higher share of voice in L.A. than New York, where it was founded. Calvin Klein also has a low score in London at only 5.1%, and in Tokyo the brand takes only 4.2% of the mentions, much lower than its global average. 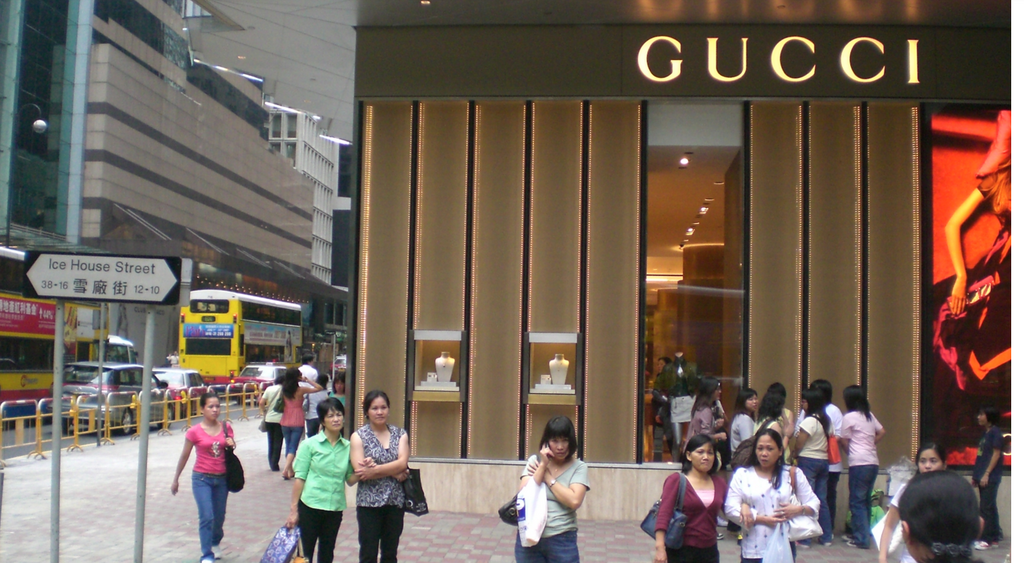 Next we take a look at some of the emerging markets where luxury fashion brands may wish to focus their marketing, as wealth continues to grow and new markets open up.

Calvin Klein is big news in Brazil, taking nearly half of the entire conversation (48.8%), and also does well in India (40.3%).

Looking into the data further, while Brazil is suffering the effects of Bieber fever, India’s topic cloud shows a much broader set of conversations, mainly unrelated to the Bieber music video.

Chanel performs well in Russia (25.4%), Indonesia (23.2%) and China (23.3%), echoing our findings from the continental comparison where Asia was shown to be a big market for the brand.

While Dior has a good share of the mentions in Russia, Korea and Saudi Arabia, ranging from 17.5% to 21%, only 7.2% of Mexicans are talking about the brand.

Gucci have a larger share of conversation in Mexico at 10.6% and Korea (11.6%) than its global percentage of 8.2. This higher share of voice makes both countries seem equally promising as a market to increase growth, but of course this chart doesn’t show us the volume of mentions in each emerging market.

This chart combined with the previous shows us that Gucci’s greater share of mentions in Mexico and Korea represent two quite different opportunities.

Gucci has over four times the volume of mentions in Mexico, so may want to focus on the bigger market there.

Similarly while Burberry almost double its global share of 11.3% in Saudi Arabia to 20.7%, and manages that feat in Korea (22.8%), the much smaller volume of mentions in Saudi Arabia may make it a less appealing market to pursue.

Share of voice can be a useful metric for campaign measurement and competitor benchmarking, particularly when combined with other data such as sales figures and stock market performance.

It can also be used to support marketing initiatives and market research.

Brands can look into geographic share of voice as a way of determining which regions they are gaining or losing ground in, and which emerging markets could provide opportunities for global expansion.

In the two month period we have examined here, some might say the Justin Bieber video has skewed the data. However, from the point of view of Calvin Klein, its campaign was successful in increasing mentions around the brand.

The two month period also covered fashion weeks in both London and Paris which will have had an effect on the data.

Whatever your viewpoint, this snapshot has shown the importance of continual monitoring and combining share of voice with other metrics for deeper insights.

To understand how this method of analysis can be the jumping off point for deeper insights, or if you love luxury fashion and want to know more, download our Luxury Fashion Industry Report.